Israeli soldiers beat and dragged Abed Al-Rahem Awad down the stairs of his home,  pepper sprayed his sisters and threw several stun grenades through the family’s windows. Earlier this year, the family lost Abed al-Rahem’s younger brother, who was shot in the back at close range after trying to cross the separation barrier near his home. 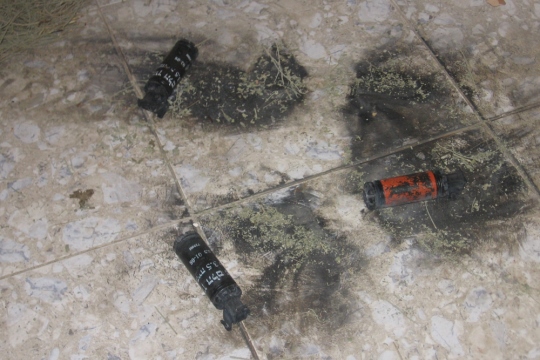 IDF stun grenades that were thrown into the Awad family’s home in Budrus.

Israeli soldiers violently arrested 19-year-old Abed al-Rahem Awad yesterday (Monday) morning, Palestinians from the village of Budrus reported. According to the reports, several soldiers entered the family home in the early morning, breaking through the doors with a compressed air device. Family members said they were awakened by Abed al-Rahem’s cries as soldiers were dragging him down the stairs. His sisters tried to prevent the arrest and soldiers beat and pepper sprayed them. The two sisters were taken to a hospital, one with a broken arm.

The soldiers also broke two of the house’s windows in order to throw several stun grenades (sound bombs) inside. Photos of where they exploded inside the home can be seen above. Soldiers did not give the family a reason for the arrest during the raid or in the day after.

In January, Israeli soldiers shot to death Abed al-Rahem’s 16-year-old brother, Samir Awad, near the village. Samir was hit once as he was trying to cross the separation fence some 200 meters from Budrus, and a couple more times from close range – one shot to in the back of his head and one in his back – after he tried to escape from the soldiers by running back toward the village.

Israeli authorities brought Abed al-Rahem to the hospital yesterday with both his legs and his arms shackled (see below). He was later taken back to jail. This morning (Tuesday) the Shin Bet (Israel Security Service) requested that an IDF military court extend his remand by 14 days. No charges were filed against him and so far the allegations against him are very minor – throwing stones at soldiers and participating in protests. His interrogation is being conducted by the Shin Bet.

I asked the IDF Spokesperson’s unit for comment on the reasons for Abed al-Rahem’s arrest, the beating of family members and the damage to their property. I will update this post if and when I’ll receive a response [UPDATE: The army has sent me a comment and a clip from the arrest. See it here]. Earlier, an army spokesperson told the B’Tselem human rights organization that members of the Awad family tried to attack the soldiers during the arrest.

A friend of the family told me that if there was any resistance to the arrest, it was because family members panicked when they saw their kid being dragged away by the soldiers. In an earlier incident, soldiers came looking for Abed al-Rahem when wasn’t home, so when he got back his father took him to the police station. I was told, “they wouldn’t have objected if they knew what was happening.”

The investigation of Samir Awad’s death is still ongoing. 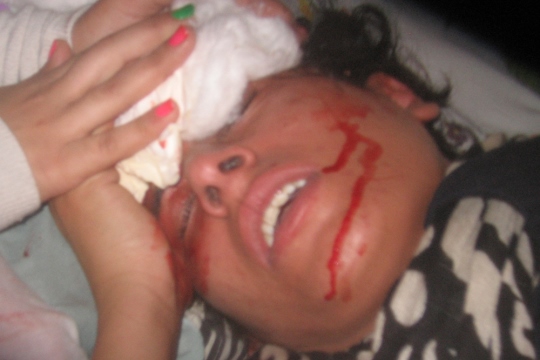 An Awad family member who was beaten by IDF soldiers during the arrest of her brother, May 27, 2013, in Budrus. 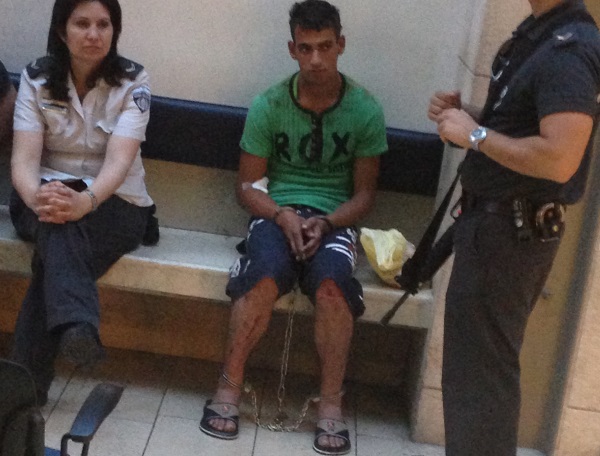 Abed Al-Rahem Awad, 19, from Budrus, being held in an Israeli hospital following his arrest by IDF soldiers. May 27 2013