We must reject the false choice between giving up on our traditions and accepting narrow, tribal, and racist interpretations of Judaism. 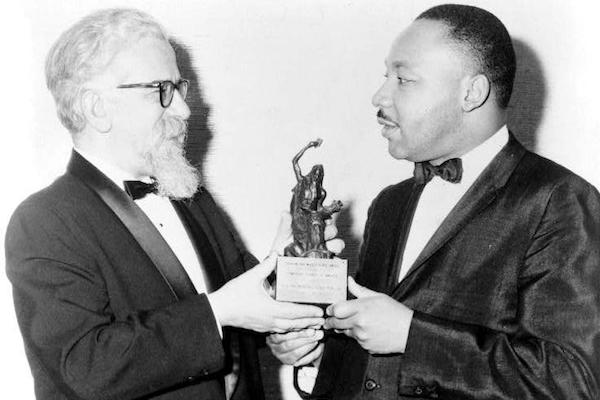 Judaism and humanism are increasingly seen as diametrically opposed in Israel today. Labor Party chairman Avi Gabbay’s recent remarks, in which he echoed Netanyahu’s infamous comment that “the Left has forgotten what it means to be Jewish,” thrust back into the public discourse the sad and false notion that Judaism is incompatible with the belief in equality of all human beings.

If nothing else, the current controversy presents an opportunity to discuss the matter.

Sadly, in the current Israeli political climate, humanistic values are identified solely as universalistic and left wing; in the past, these values had more of a foothold across the political spectrum. Many understood that humanistic values were closely connected to Judaism as a religion and a culture, largely due to the history of the Jewish people as a persecuted minority.

More than a few Israeli politicians have begun to insist on the false notion of the incompatibility of Judaism and humanism in recent years. They speak in Jewish terms to diminish humanistic values and promote national inwardness and xenophobia, not to mention indifference toward human rights.

The choice we face

When half of the Jewish people still live as a minority in the diaspora, it does not require a deep sense of justice or familiarity with humanism in Jewish tradition to understand it is in the Jewish people’s collective interest to aspire to a world based on principles of human rights and humanism. Of course, many of the humanistic values bequeathed to humankind were inspired by the Hebrew Bible, and many of the struggles for human rights in the West have been led by Jews (including the Orthodox); and Judaism has always been directed towards tikkun olam.

There is, undoubtedly, another side of the coin. “Whoever is for the Lord, come to me,” Moses declared on the day he received the Torah and gave instructions to kill 3,000 members of the people of Israel who refused to profess their belief. This is the basis of the tradition that Israeli leaders use to define, “who is for us, and who is against us.”

It is said that the Torah has 70 different faces—but which one will we choose? Both humanistic values and violent anti-pluralism can be found in the words of the Bible. The question is what we choose to follow.

Politicians across the political spectrum should worry about any paradigm that positions Judaism in opposition to humanism. At the very least, they could stop promoting this paradigm, and they should be careful not to make it a self-fulfilling prophecy. There is no contradiction between Judaism and humanism.

Abraham Joshua Heschel, who marched with Martin Luther King Jr., did not forget what it meant to be Jewish: he acted on the basis of his Judaism. Those who today care for the stranger, the widow, and the orphan in Israel have not forgotten what it means to be Jewish: they act on the basis of their Judaism. Those who care for the slave who has fled his master (in contrast to those who demand that he be locked up), have not forgotten their Judaism but act on the basis of its core principles, and therefore aid the asylum seekers from Africa.

On the other side of the spectrum are those within the community of people who do believe in human rights and humanist values who also accept this false paradigm. They say: if Judaism means nationalism and tribalism, and at times racism, then my identity is the antithesis of that.

A discourse that forces one to choose between alienation from one’s tradition or support for a narrow, racist, and nationalist interpretation of that tradition is a deeply distorted discourse. Our tradition, in addition to the sources of universal ideas, can provide justification for numerous political and ethical positions that see the divine image in every human being.

Yariv Moher is director of the communications department at Rabbis for Human Rights. The views expressed in this article are his own. This article first appeared in Hebrew at Local Call. Read it here.