Instead of defending George Soros from Hungary’s anti-Semitism, he has taken a page out of the alt-right playbook. His bottom line? Some Jews just aren’t worth protecting. 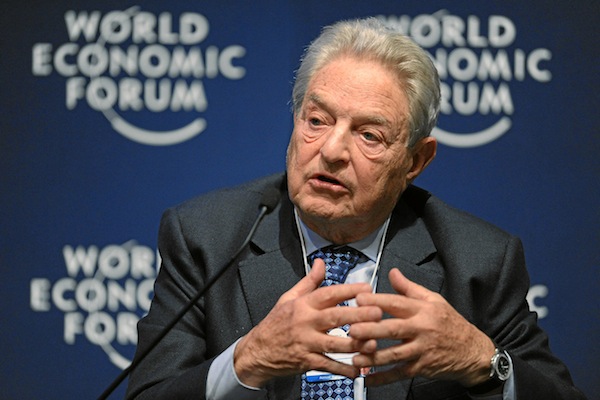 Benjamin Netanyahu is the self-appointed protector of world Jewry. And as such, he views his role not only as prime minister of Israel, but as the spokesperson for Jews across the world. On Saturday, Netanyahu played that role when the Israeli government called on the Hungarian government to halt an ad campaign against Hungarian-born Jewish-American financier George Soros, claiming it was fueling anti-Semitism across the country.

Just a day later, however, Netanyahu ordered the Foreign Ministry to retract the statement, resorting instead to attacking Soros, a known critic of Israel’s policies vis-a-vis the Palestinians. The clarification, issued by Foreign Ministry Spokesperson Emmanuel Nahshon, deploys similar tropes to the ones used against Soros by the Hungarian government:

Israel deplores any expression of anti-Semitism in any country and stands with Jewish communities everywhere in confronting this hatred. This was the sole purpose of the statement issued by Israel’s ambassador to Hungary…In no way was the statement meant to delegitimize criticism of George Soros, who continuously undermines Israel’s democratically elected governments by funding organizations that defame the Jewish state and seek to deny it the right to defend itself.

The reaction in Israel was immediate. Meretz leader Zehava Galon sharply criticized Netanyahu, accusing him of “supporting global anti-Semitism,” and backed calls by Hungarian Jews for Netanyahu to cancel his visit to Hungary next week. Some of the reactions by the Israeli Right simply doubled down on Netanyahu’s decision. Take right-wing commentator Shimon Riklin, who on Sunday tweeted: “Want to understand part of the anti-Semitism of the 30s in Europe? Look at George Soros who is trying to educate the goyim over and over again, telling them what to think.”

The astounding thing about Netanyahu’s implicit support for Hungary’s anti-Semitism is not that it comes from the most powerful Jewish figure in the world. After all, the far-right in Israel has a sordid history of support for anti-Semitic, ultra-nationalist movements.

What’s remarkable this time around is the extent to which Bibi’s move falls in line with the worldview of people such as White House Chief Strategist Steve Bannon and the American alt-right. Bannon is a bonafide anti-Semite who mostly traffics in quasi-coded contempt for Jews of a certain variety. But despite how he is often portrayed, Bannon is not a racial purist who refuses to surround himself with Jews, nor does he advise Donald Trump to do the same. 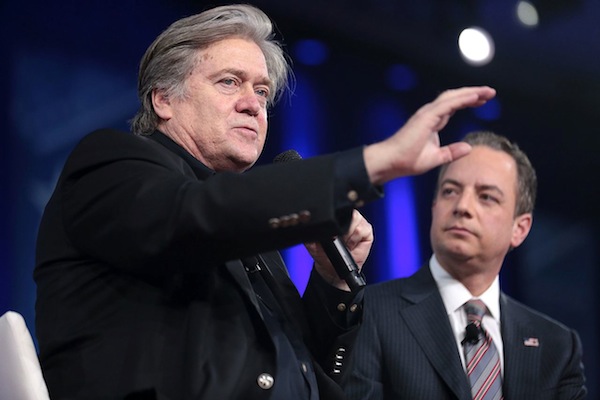 His ire is instead saved for a very specific type of Jew — the kind who holds the pursestrings of neoliberal capitalism (what he terms “globalism”) while simultaneously acting as a vessel for “nefarious” ideologies such as liberalism or anti-racism, which challenge the very fundaments of America’s power structure. After all, White nationalism — be it of the Breitbart, Klan, or neo-Nazi variety — partly rests on the assumption that Jews have at best contributed to, and at worst are responsible for, the unraveling of White America’s power and the supposed consequent rise of Black and Latino political and economic dominance.

Bannon’s Jew is not only rich, he/she is progressive, liberal or left-wing, and thus stands in direct contradistinction to everything he believes in — and everything he seeks to undo during his tenure in the White House. This is the Powerful Jew who refuses to abide by the ordained laws of American White Supremacy, to temper his id, bow his head meekly, and move along. There is a reason, after all, that Soros was one of the four “bad guys” featured in Trump’s closing campaign ad, packed with anti-Semitic dog whistles and imagery. 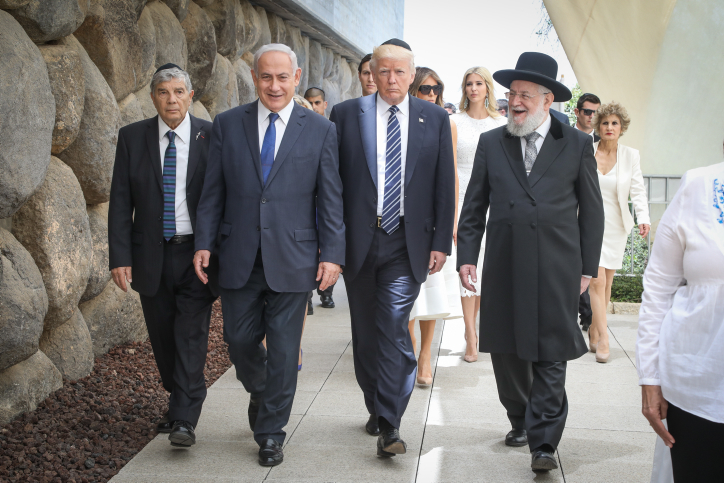 Israeli Prime Minister Benjamin Netanyahu and U.S. President Donald Trump seen during a visit to the Yad Vashem Holocaust Museum in Jerusalem on May 23, 2017. (Issac Harari/Flash90)

Netanyahu isn’t an idiot; he knows classical anti-Semitism when he sees it. But he doesn’t need to buy into alt-right scientific racism to knowingly propagate some of its worst aspects. He has stayed relatively silent about the uptick in anti-Semitic attacks in the U.S., the White House’s repeated Holocaust trivializations/denials, and the nastiest kinds of anti-Semitic dog whistling.

Netanyahu’s attack on Soros, who openly supports liberal and progressive causes worldwide and does not hide his objection to Israel’s military dictatorship in the occupied territories, is now effectively an open attack on the insidious influence of the Powerful Jew. Soros is the cosmopolitan, liberal, Upper West Side Jew who looks at the increasingly fascistic trends in the Jewish state and “wants nothing to do with it,” as he himself once put it. The frightening part is that there is very little daylight between the way this Jew is viewed by far-right Zionists (and in many ways classic Zionism, too) and the alt-right.

Resisting the alt-right is basic for most American Jews, yet somehow speaking out against the Israeli version of the alt-right is still considered taboo. But the fact is that Israel is way ahead of the U.S. and Europe when it comes to far-right nationalist politics. Over the past decade, pundits, commentators, liberals, and radicals have been warning against the Geert Wilders and Marine Le Pens who threaten to upend Europe’s liberal order, yet few have included the Netanyahus and Nafatali Bennetts for wanting to do the same. Israel is not “following in the footsteps” of European nationalist movements — it is actively setting the trend. And unlike in the Netherlands or France, there is nothing to stop this train.