Every time a home is destroyed, people lose a significant part of their world. But in Khan al-Ahmar it isn’t just a home — it is an entire community, their land, and their place in the world. 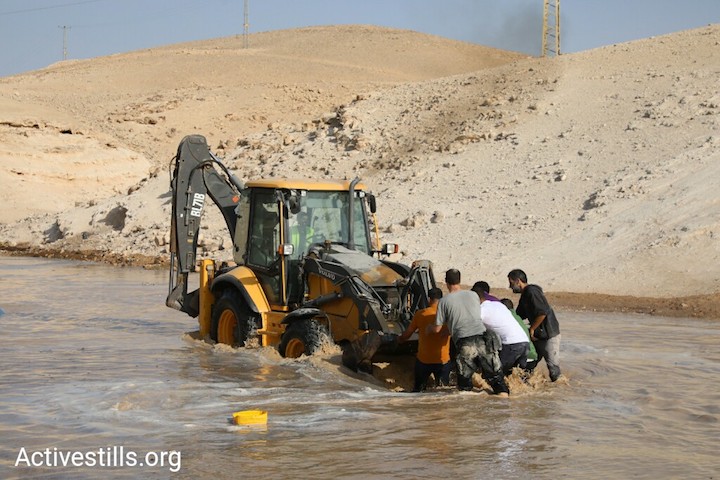 I am tired and my body hurts. I have slept very few hours this week and except for this morning, I have woken up at 5 a.m. while it was still dark. I don’t understand why I should have the right to live in my own home and the people of Khan al-Ahmar should not. I don’t understand because there isn’t a way to understand.

The mother of the house I have been staying at asked me, over a beautiful dinner that she feared might be her last in her home, why they want to do this — to destroy our homes, to make us leave. I told her I didn’t think there was an answer. It is just racism and discrimination; there is no real reason. Any reason someone can give is not a good enough answer to justify violently displacing people from their homes. There is a reason that destroying an entire village under military occupation and forcibly transferring its people is deemed a war crime.

Every time a home is destroyed, people lose a significant part of their world. But in this case it isn’t just a home: it is a community, their land, their school, and their place in the world, which they have worked hard to build after becoming refugees from their first home.

In recent days I have seen people put themselves in the way of the machines — actual machines and humans in uniform machines — preparing to destroy this village. I have watched people young and old hold on to friends as tightly as they could for as long as they could until they were pulled and pushed and thrown to the ground. I sat and caught my breath with people I know and trust and other people I have only known for days, and have quickly learned to trust through their actions.

I spoke Hebrew to the police who were pushing us. I told them they didn’t need to use their tasers. I put myself in front of other people in the hope they would be less violent toward me as a woman — as someone speaking to them in their own language. 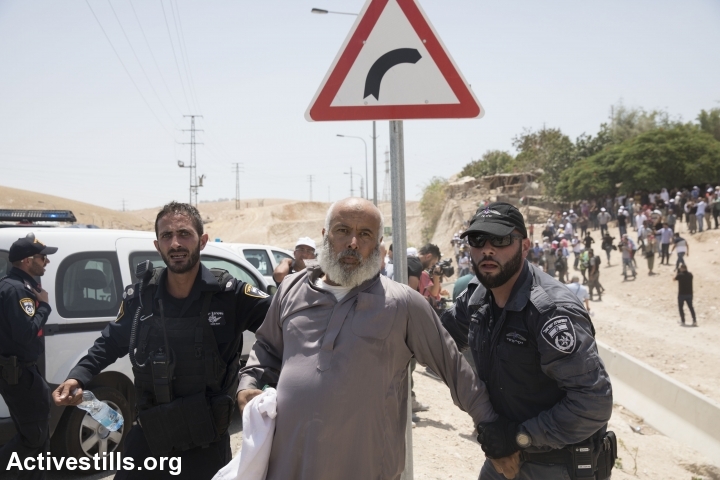 I don’t know if there is any way that humans acting together nonviolently can resist a force of police and military with weapons. In the long run I know that nonviolent movements can win, but I don’t know if at any given moment it is possible to stop the plans of a state and its militarized mechanisms of control. I don’t know how many people it would take. I don’t know and still, I know that we need to try. We need to resist, and we need to show that we are willing to stand up for each other as human beings, all born equal in an incredibly unequal world.

In this land I have rights that people whose ancestors have lived here as long as anyone can remember don’t have. My grandparents came here as refugees after their homes and families and communities were destroyed. I feel connected to this place, this land that my mother was born in, and that my grandparents loved. But there is nothing that should give me any more rights than anyone else here.

We all need the same things, and there is no reason we can’t find a way to meet all of our needs if we are flexible about the strategies we use for meeting them. In Khan al-Ahmar I am deeply aware of the need that all people have for safety, for connection, for belonging, for experiencing joy at the beauty of a sunrise, eating delicious food, or laughing with children. Each person in Khan al-Ahmar — from the oldest elder to the smallest child — they all need recognition, respect, and to be seen in their full humanity. There is no law, no court, no authority that can justify this dehumanization and violent destruction.

Karen Isaacs is an educator and community organizer living in Jerusalem.