The voice of ‘pro-Israel’ militarism has been ringing through the halls of Washington D.C. since the 1970s. Now, to end the occupation, American citizens must couple their opposition to AIPAC with support for anti-occupation groups in Israel.

In the 1970s, Israeli TV had a great program, Nikui Rosh, that was something like the country’s version of Saturday Night Live. Its most famous skit was one in which Israeli leaders would start beating the drums of war, warning against threats from across the Lebanese or Syrian borders, whenever the Israeli economy was in crisis. This is an old trick everywhere: when your leadership is being questioned, rally the nation to unite against the enemy. Today, Israeli leaders don’t need an economic crisis in order to rattle their sabers because they have a chronic political crisis: what to do with the Palestinians under their control, a population whose numbers may have already exceeded those of Jews in Israel. The leaders’ answer is, again, to point the finger elsewhere: Iran is the Boogie Man, with its (Muslim) bomb that threatens not only Israel, but all of the West’s Judeo-Christian civilization.

Is there a war that Israeli leaders or their Washington friends, especially the neocons, do not love? Was there a voice cheering more loudly for the U.S. to launch a war on Iraq in 2002 than theirs? Was there a greater disappointment than theirs when the Syrian chemical weapons crisis did not result in U.S. military strikes against Syria? 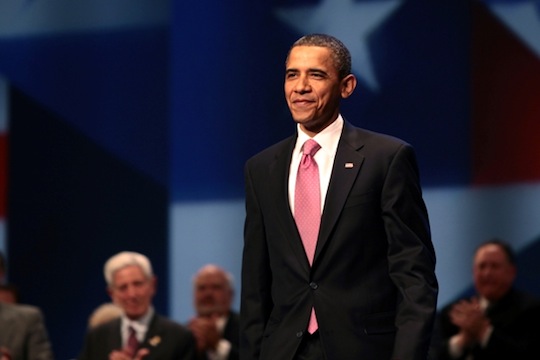 This week, at the annual conference of the American Israel Public Affairs Committee, prominent politicians raced to the podium to declare their hawkish foreign policy credentials in order to curry favor with the powerful lobby group. Some leaders complained that the current crisis in Crimea, for example, is the result of the U.S. losing its reputation as a tough international policeman, and that the “mullahs” in Iran ought not to be trusted and that Israel and its friends in the U.S. ought to keep up the pressure. Prime Minister Netanyahu (whose speech in Congress last year received more standing ovations than President Obama’s), declared at the Conference that the stifling economic sanctions weren’t working and that a “credible military threat is needed.” The voice of “pro-Israel” militarism has been heard in Washington at least as far back as the early 1970s, when it was eloquently articulated by Nathan Perlmutter of the Anti-Defamation League. He expressed concern that “nowadays war is getting a bad name and peace too favorable a press;” that “peacemakers of Vietnam vintage– transmuters of swords into plowshares,” condemn U.S. policies in Vietnam and Central America while “sniping at American defense budgets.”

Israeli militarism pre-dates the establishment of Israel in 1948. Vladimir Jabotinsky, the spiritual father of the current ruling party, said that force was absolutely necessary for the creation of the Jewish State because it was foolhardy to expect the Palestinians, who constituted the overwhelming majority at the time, to give up their country voluntarily. Ben Gurion, the first leader of the new state, continued the tradition by brilliantly parlaying Israel’s military capabilities as an asset for “Western interests” in the region and beyond. Israel’s military establishment and its military industries have played a prominent role in many countries, including El Salvador, Guatemala, Iran, South Africa, Zaire, and Sri Lanka. In this role, Israel often played the role that the U.S. was too embarrassed to play because of abysmal human rights records in these countries. 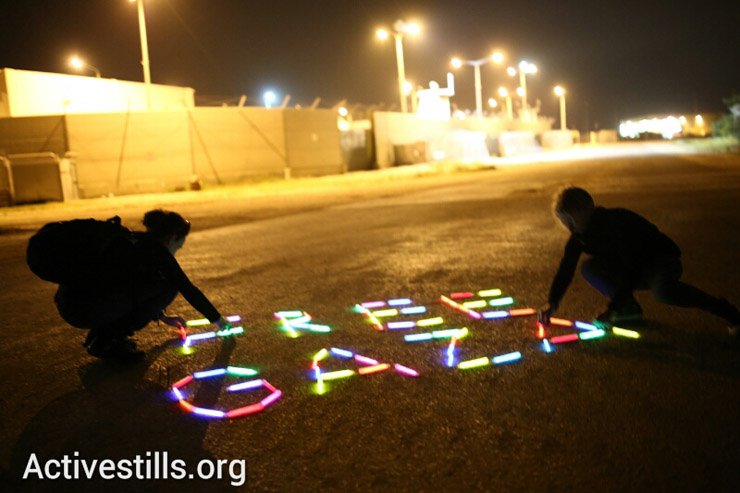 I may be a wild-eyed optimist, but I do see a glimmer of hope in Israel. Just read Israel’s leading English language online publication, Haaretz, to see that there are more and more Israelis — albeit still a minority — telling their leaders that their hubris is driving the country towards the edge of a cliff. However, the Israeli peace group closest to my heart consists of a number of feisty mothers and grandmothers who are fighting militarism in their country, including helping some of their children and grandchildren who refuse conscription in the army. They call themselves New Profile and their website has graphic presentations of how militarism is increasingly dominating every aspect of Israelis life. The more we in the U.S. encourage groups like these, the greater the chance of a just peace in Israel/Palestine.

Philip Farah, born and raised in Jerusalem, is co-founder of the Washington Alliance for Middle East Peace in Washington, D.C. This piece first appeared on The Huffington Post.