The American ‘hasbara’ organization will disseminate government messages in a contract with the Israeli Prime Minister’s Office.

The Israeli Prime Minister’s Office, headed by Benjamin Netanyahu, will fund a hasbara organization to disseminate propaganda on behalf of the Israeli government. The allocation of public funds, over NIS 1 million (over $250,000) in 2015, is intended to fund a joint project by the National Information Directorate and the Israeli branch of StandWithUs, an American hasbara organization.

Hasbara is a Hebrew term that refers to public diplomacy efforts on behalf of Israel.

The committee in the Prime Minister’s Office that issues tenders for government contracts met at the end of November to approve an allocation of NIS 860,000 a year to a joint project with StandWithUs, while the organization’s funders will contribute a matching amount. The cooperation between the two parties, which was approved by the committee, may be extended for another two years at the end of 2015. The PMO told the Seventh Eye media watchdog website that the initiative is meant to strengthen “Israeli hasbara on social media platforms.”

According to the agreement, StandWithUs will run “interactive media war rooms” manned by students who will be trained to disseminate Israeli hasbara on social media platforms. The project will be based a model that was tried during Operation Protective Edge and previous military operations, in which “hasbara war rooms” were established in academic institutions across Israel in order to disseminate IDF and government messages. 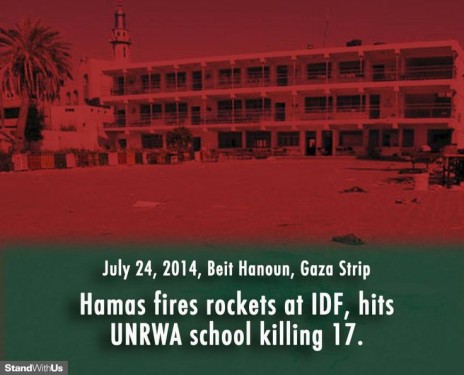 At the end of the operation, the volunteers were rewarded with a recorded thank you message from the prime minister, who is in charge of the National Information Directorate. The goal of the new initiative is to allow such activity to take place on a regular basis.

According to the governmental plan, the students who will be enlisted to take part in the program will be trained by Yair Edi Freiman, the head of interactive media and hasbara organizations in the National Information Directorate, alongside workers from StandWithUs. In addition to Israeli students, the project will also enlist students from the U.S. and Britain, who will be flown to Israel in order to take part in “educational and training meetings.”

The participants in the new project will spread official governmental messages, although the initiative is marketed in such a way that will amplify authentic voices among the younger generation in Israel and the Jewish communities around the world.

In a press release, the organizers of the project characterized the initiative as a “volunteer-based start-up” that is meant to provide its participants a chance to work in “citizen activism.” The head of the StandWithUs branch in Israel, Michael Dickson, was quoted saying that the project is intended to give young people in Israel a chance to “raise their voice and describe their experiences as they experience them.”

Yarden Vatikay, who manages the National Information Directorate, took a similar line and declared that the “goal of the program is to provide young students the tools to pass on their message to a crowd that uses social media in the best way possible.”

However, the committee’s protocol, which includes details on how the project will be run, clarifies that the National Information Directorate will be highly involved in determining the messages disseminated by the students, and will include a mechanism that allows government representatives to oversee the content of those messages as well as the means of their dissemination.

According to the agreement, “the degree of involvement by the National Information Directorate in the initiative will be high, and will include the [project’s] strategic planning and the messages that they wish to spread.”

Read the minutes of the committee meeting in Hebrew here (PDF).