State attorney rules the police who shot and killed Yacob al-Qi’an in January 2017 did not commit a crime, says no conclusive evidence incident was a terror attack. 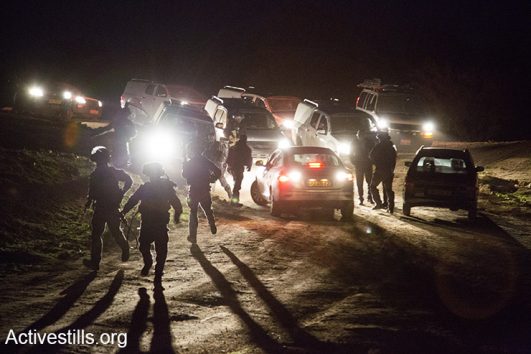 Hundreds of Israeli police officers seen are in Umm al-Hiran in the early hours of January 18, 2017, during demolitions in the village. (Keren Manor/Activestills)

Israel’s State Attorney Shai Nitzan ruled Tuesday that the police officers who shot to death Yaqub Musa Abu al-Qi’an in the unrecognized Bedouin village of Umm al-Hiran will not face criminal investigation. Nitzan also ruled that it was not possible to determine whether al-Qi’an had committed an act of terrorism when his car struck and killed 34-year-old policeman Erez Levi.

Al-Qi’an and Levi were killed and several others wounded – including MK Ayman Odeh, shot in the back and head by Israeli police with sponge-tipped bullets – when Israeli police entered the Bedouin village in the Negev to demolish several homes on January 18, 2017.

Al-Qi’an was shot by Israeli police while driving his car and subsequently lost control, running over and killing Levi. In the wake of their deaths, Israeli authorities rushed to label the incident a car-ramming terrorist attack. Police falsely accused al-Qi’an, an Umm al-Hiran resident and teacher, of being an Islamist terrorist and suggested he had ties to ISIS.

A reconstruction of the Umm al-Hiran killings by Forensic Architecture and Activestills disproved the claims that al-Qi’an and Levi’s deaths were the result of a car-ramming attack.

And yet even as the media narrative around the incident began to change – driven by the investigations published by +972 and Local Call – the police and other Israeli officials doubled down. Public Security Minister Gilad Erdan insisted that al-Qi’an had committed a terror attack and demanded an investigation into several Palestinian Knesset members, including Odeh, for incitement to violence. At officer Levi’s funeral, Police Commissioner Roni Alsheikh repeated the unfounded claim that al-Qi’an was a violent, radical Islamist. 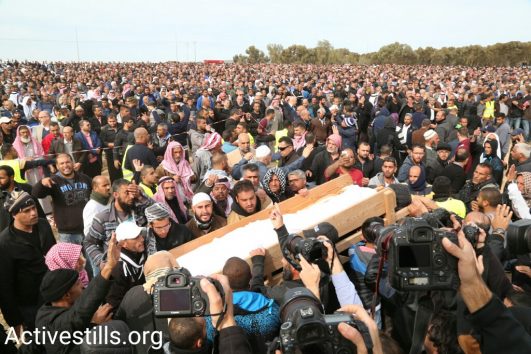 “Officer Erez Levi was buried in a military cemetery and recognized as a fallen member of the Israeli armed forces. But my husband, an award-winning educator, was accused of being a terrorist, and we were left abandoned,” al-Qi’an’s widow, Amal Sa’ad, said during her speech at the joint Israeli-Palestinian Memorial Day Ceremony in April. “I’m raising six young children alone and no one has taken responsibility for the disaster that occurred.”

For more than a year and a half after the killings – and despite video evidence and testimony to the contrary – Erdan has continued to claim that al-Qi’an committed a terror attack. Just last week, Erdan said he “felt” the incident was an act of terror.

Immediately following the state attorney’s announcement on Tuesday, Erdan demanded the Shin Bet investigation into al-Qi’an and Levi’s deaths be reopened “to prove” that the incident was terror attack.

The Umm al-Hiran killings have become a textbook case of the Israeli government’s willful distortion of the truth and dissimulation. In addition to making false claims about the circumstances of al-Qi’an’s death, Israeli officials claimed MK Odeh had been struck by protesters’ stones, only to change their story in the hours and days that followed. 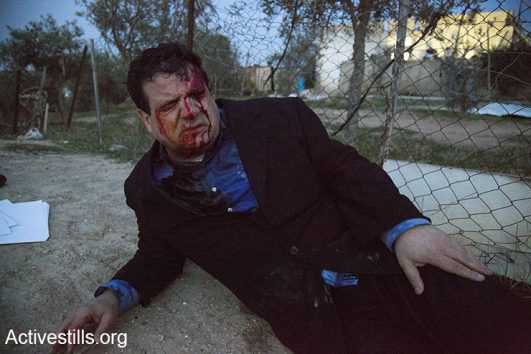 Footage released last November proved conclusively that police assaulted the MK at the demolition during which al-Qi’an and Levi were killed.

“The police and government’s lies and incitement continue to be exposed,” MK Ayman Odeh said in November, responding to the release of the footage. “Everything we claimed from the get go has turned out to be true. The responsibility for the terrible losses of the Abu Al-Qi’an and Levi families is entirely on [Public Secuirity Minister Gilad] Erdan and [Police Commissioner Roni] Alsheikh.”

The violence in January 2017 in Umm al-Hiran took place as police arrived to demolish a number of homes in the Bedouin village in the Negev. Despite being established by virtue of an Israeli military order, the government has never recognized Umm al-Hiran refusing to provide it with any basic services or infrastructure such as water, electricity, health services, or schools.

The village is slated to be demolished shortly. Hiran, a town built for Jews only, will be built on its ruins. The residents of Umm al-Hiran agreed in April to voluntarily evacuate the village before its demolition.

“The most important thing about the agreement is that there is no more pain. There are no more crying mothers,” Ra’ad Abu al-Qiyan, a representative of the Umm al-Hiran residents, told Ynet last month. “We signed the agreement to avoid more bloodshed.” 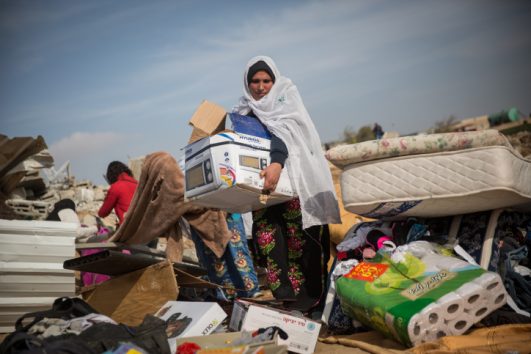 The construction of Hiran began in mid-2016, when the government, along with the Jewish National Fund (JNF), began breaking ground just meters from the Bedouin villagers’ homes.

The Israeli government has made several attempts in recent years to “formalize” land ownership in the Negev, where the vast majority of Israel’s Bedouin population lives. The goal is to “Judaize” the Negev – in other words, to build more Jewish towns in areas currently populated mostly by non-Jews.