Asked what word Secretary Kerry would have used in place of ‘apartheid,’ his use of which stirred up a small storm in the U.S. this week, the State Department is hard pressed to give an answer. 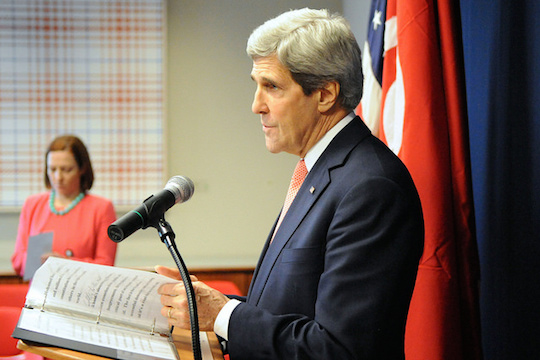 U.S. Secretary of State John Kerry and the State Department on Tuesday were scrambling to diffuse the storm that erupted following Kerry’s warning that absent a two-state solution, Israel risks becoming an apartheid state. Following the publication of that speech, Kerry put out a statement that fell far short of a retraction:

I have been around long enough to also know the power of words to create a misimpression, even when unintentional, and if I could rewind the tape, I would have chosen a different word to describe my firm belief that the only way in the long term to have a Jewish state and two nations and two peoples living side by side in peace and security is through a two-state solution.