In a strange feat of partial resurrection, half of the railway between Haifa and Damascus is being fixed for reuse. Elisha Baskin’s lens and Yuval Ben-Ami’s pen follow it, focusing on the decaying and embalmed, rather than the freshly welded. 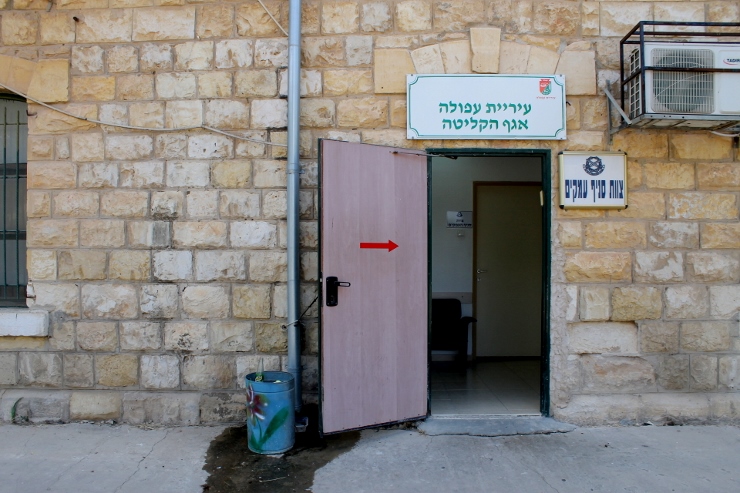 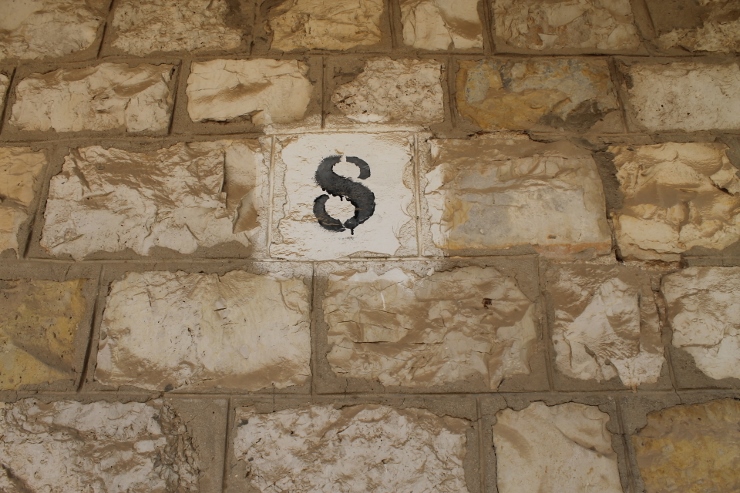 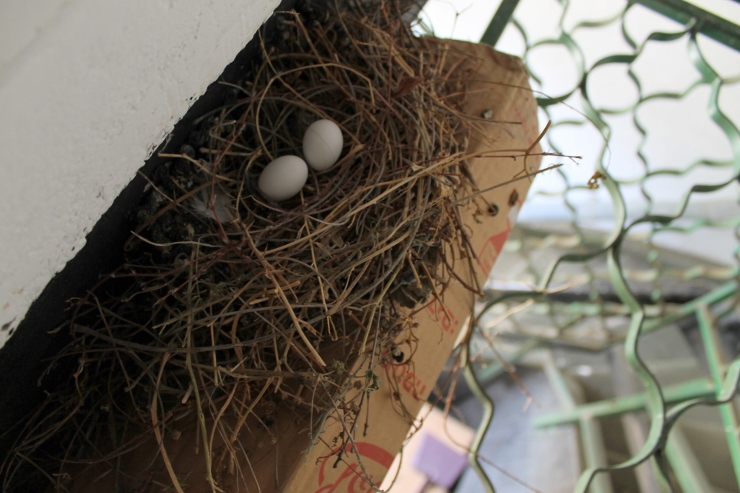 For the next leg of the journey, Elisha and I meet at a train station, a living one. We are hung up on ruins, but Israel also boasts railway infrastructure that is largely modern, functional, and topped with a bonus bit of irony: our red trains are the same used for local service by Deutsche Bahn. Our forefathers fled German trains to establish a sovereign state where we would ride German trains.

The engine of our train dies before we emerge from Tel Aviv, and we remain stuck for 15 minutes or so, but the driver is so apologetic that we forgive. An hour later we are in Haifa, switching to a bus that would take us east, to explore the “Valley Railway.” The rails used to run east of here, linking the coast with Dar’aa in Syria, and with the main artery of the Hijazi railway: Damascus to Mecca.

The Ottomans laid down these rails in anticipation of constructing a major port in Haifa. They run along the Jezreel Valley and past the ancient site of Armageddon. Armageddons around here are a dime a dozen. The empire crumbled soon enough and the port materialized only under British rule. Once the Brits left in 1948, it was the rails’ turn to crumble. The border between Israel and Syria was sealed, the largely rural Eastern Galilee was not deemed worthy of train service, and the locomotives vanished like billows of steam.

Abandoning rails is always a mistake. The fate of towns such as Tiberias and Beit Shean would have been dramatically different had they not been taken off the grid. The Valley Railway is currently being recreated all the way to Tiberias, but for the moment the new rails aren’t functional. We have an entire phantom line to explore and a strangely morbid task: to pick out the dead from the living, to ignore the shining new stations and devote ourselves to those that rot.

We jump off the bus in the town of Afula. Above us, an electronic banner flashes over a food stand: “May this be a year of blessing,” it wishes, “a year of hope, a year of shawarma.” Afula is the butt of many a Hebrew joke. It is seen as a vacant backwater, a puddle of falafel stands and sunflower seeds. In the town’s midst, an abandoned station stands hugged by a tiny public park. This was once the north’s major railway junction. 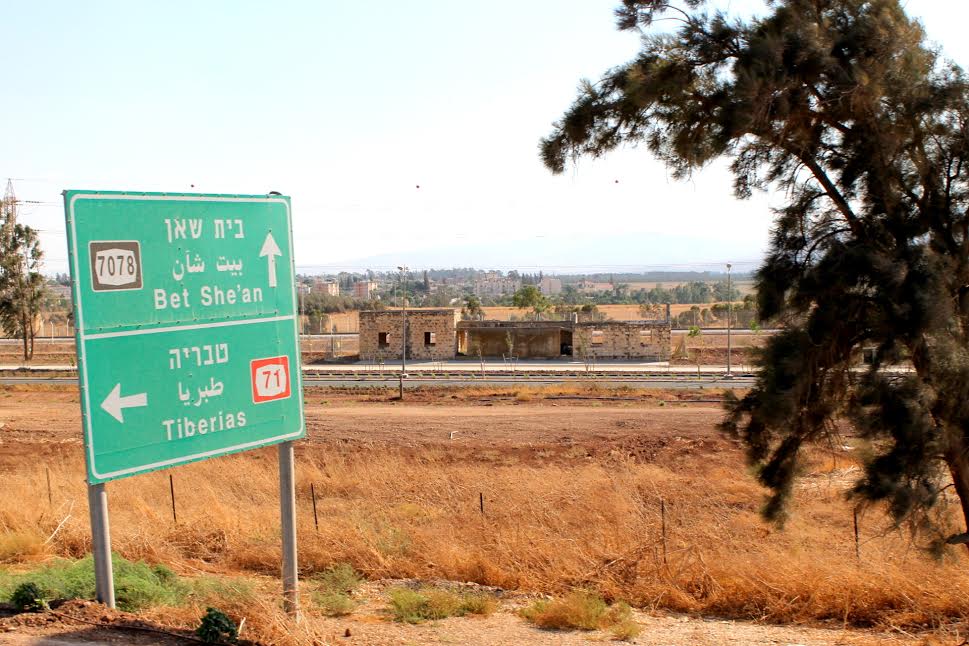 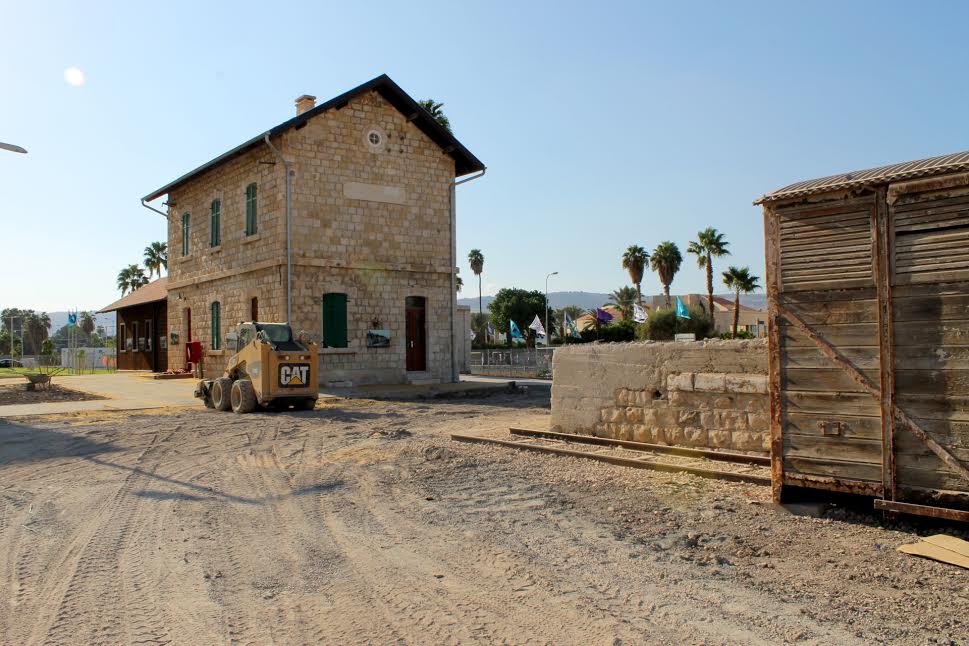 Samakh station at the southern tip of the Sea of Galilee, now a museum 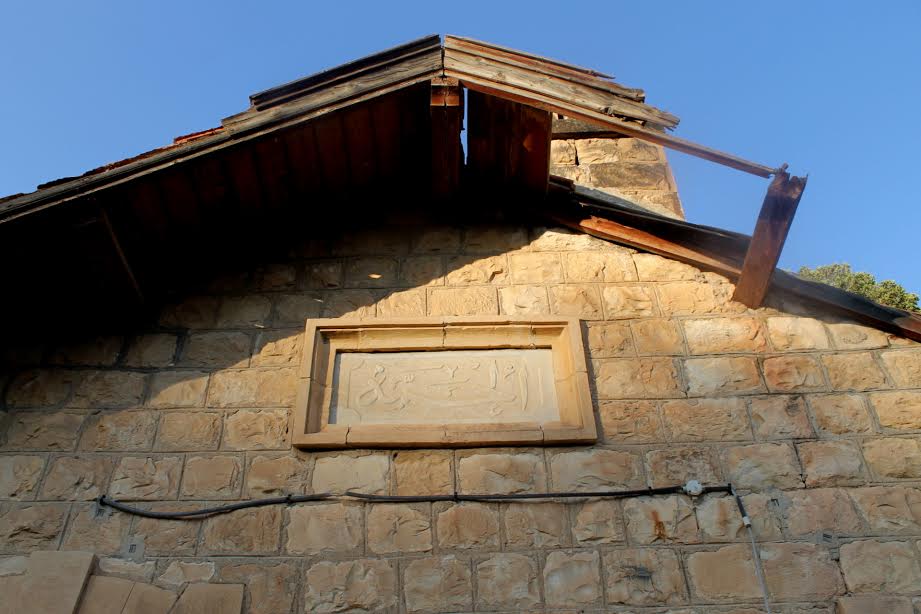 It’s stunning. There is a one-story cargo terminal, a two-story passenger terminal, a water tower that was used to supply the steam engines and even a small bathroom stall. All are made of limestone and date back to 1912. The main structure is alive, but in an acoustic ceilings, bland tiles and Formica desks sort of way — like an embalmed corpse badly made up to look too pale. It serves as the municipal facility to support and absorb Jewish immigrants; the Russian-accented employees are happy to show us around.

The sole, ancient relic — besides the window frames — is a turn of the 20th century staircase, sealed off from the other offices and used as a broom closet. We climb it carefully and find a small pigeon’s nest, complete with two tiny eggs. The mother flutters about, distraught.

It’s best to leave her in peace. We head out, scale the water tower, then the bathroom stalls, before noticing two donkeys grazing in a small urban corral and head over to meet their owner. His name is Meir, and he lives in a pretty stone relic of Afula’s Arab past. Meir got married last night and his bride awaits him on a swing in the garden. It is a garden he himself landscaped and fenced with rungs and rails he found strewn about — the ribs and sternums of this land’s past. We wish them both a happy life and wander on.

To the secret spring

The next station, Beit Shean, is being modernized for the renewed line. Elisha snaps a photo from the bus and catches both the living and the dead in a single frame, like a family photo that captures grandma’s apparition. At Tzemach, just south of the Sea of Galilee, we bump unprepared into a gem. The Palestinian town of Samakh was destroyed in 1948, but its station is still here has just been beautifully restored for preservation as part of a college campus. It offers an exhibition on the history of Ottoman railways in the region. We learn that this was formerly a gateway to Tiberias, and that passengers were shuttled to the town by ferry over the lake.

But even this special place is only a whistle stop on the way to the day’s destination. We are headed for Hamat Gader, the last station on the line accessible from within Israel, but which is not technically in Israel. It is located in the Golan demilitarized zone, directly on the Jordanian border. It once served the hot springs of Al-Hamma, which have been an attraction since antiquity. Whatever the state of the terminal is, the location will cast magic on it.

A sweet Golan settler gives us a lift into the valley of the Yarmouk. She tell us her daughter knows a secret spring by the border fence, and calls her up to get the exact location. Following the instructions, she drives us directly to the border fence. It is staggeringly tall, intensely well-maintained and equipped with rows of razor wire and signs that warn of mortal danger. The effect is intimidating. We skip the spring, thank the lady and head for the station.

The tiny enclave of Hamat Gaderis is restricted by a fence from two sides by a steep slope on a third. A recreational facility takes up a quarter of the land, while the rest is taken up by spring-fed fish pools. The station pops out of a lot filled with fish pool equipment and supplies, including hundreds of gallons of hydrogen peroxide. There is also a one-story stone house here, and it seems inhabited, but no one is around and the fence is feeble. We hop over it and approach the building.

It is crumbling but intact, and by the light of dusk it beats any Taj Mahal. Stepping inside, we climb the creaking stairs to the second floor. Elisha sprays water on the dusty tiles to unveil their beauty. We step onto the balcony and behold the stone sign proclaiming “Al-Hamma” in perfectly preserved Arabic calligraphy. The sounds of explosions come from across the border. Is that Syria burning? No, Syria is still a few good miles away, perhaps Jordanian target practice. Somewhere in the lot below, a lone male peacock treads, the third unexpected animal sighting of the day.

It is not the last. They appear as we step back out to the road, crossing it right before our eyes, quiet and deliberate, on the way to the barren hills for nocturnal wanderings, howls and feeds. There are five or six of them, jackals, entirely unfazed by our presence. No one else is about, only us and wilderness.

What have we done today? We took the moment that began it, a static spell in an air conditioned wagon, where we were trapped among skyscrapers, and traveled far enough to turn it on its head. This moment is the perfect contrary, and gives us a bit more clarity about our skeleton chase. Like these jackals, we are drawn to dead things because, like them, we know that nothing around here really dies. There is life in the rabbit’s cadaver. It nourishes. There is life in the abandoned train station, and the nearer we come to it — the more likely we are to come face to face with stunning, alert, real and hungry jackals. 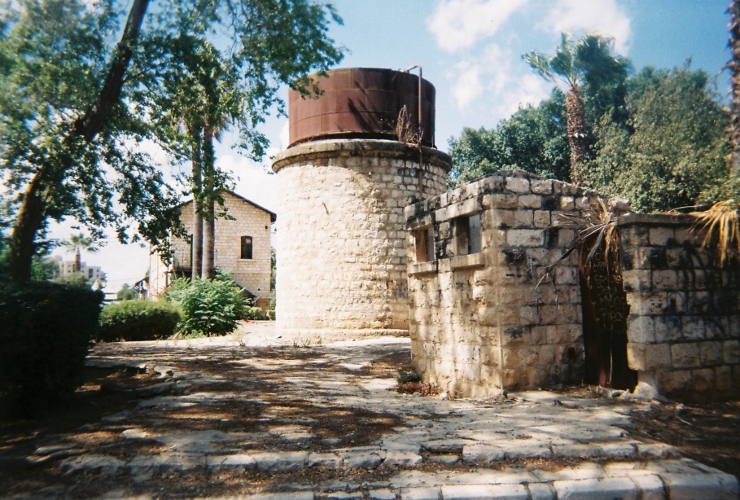 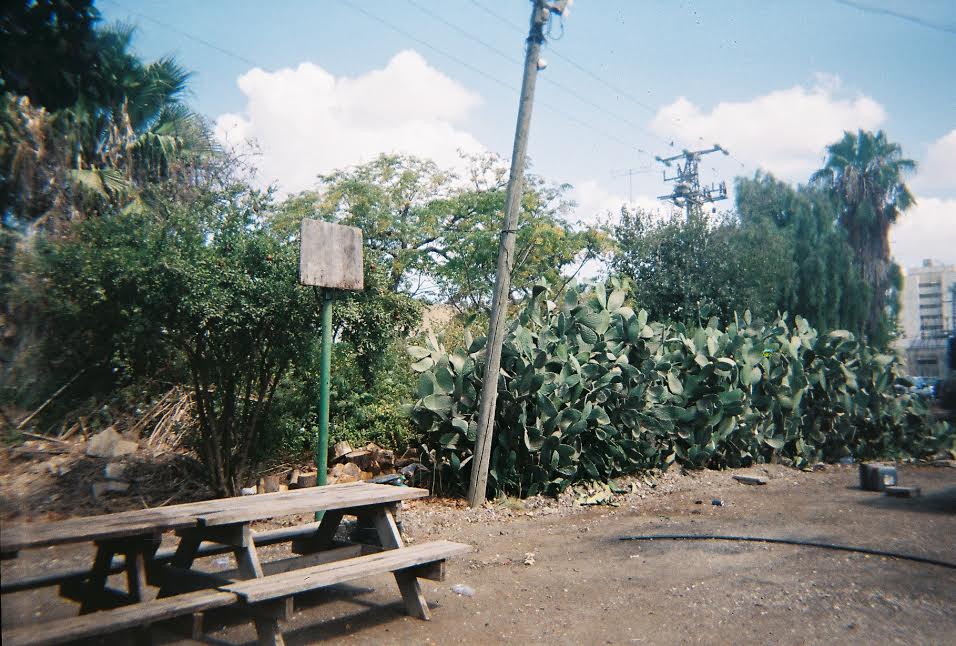 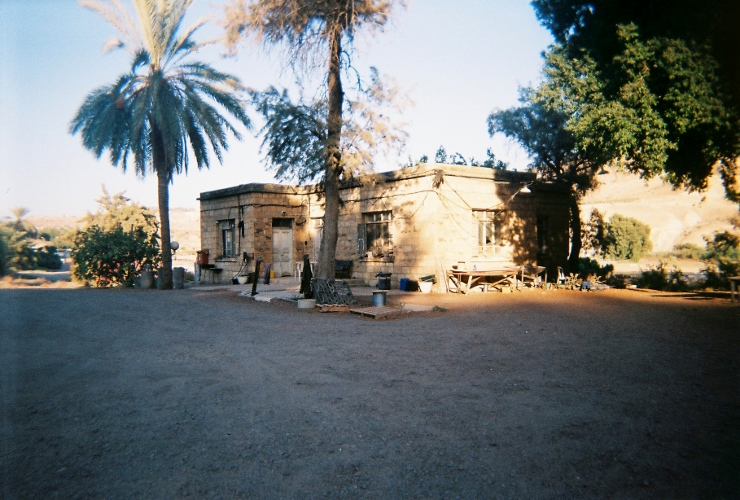