By drawing a line at formal annexation, the international community is hobbling its ability to respond to Israeli changes on the ground. 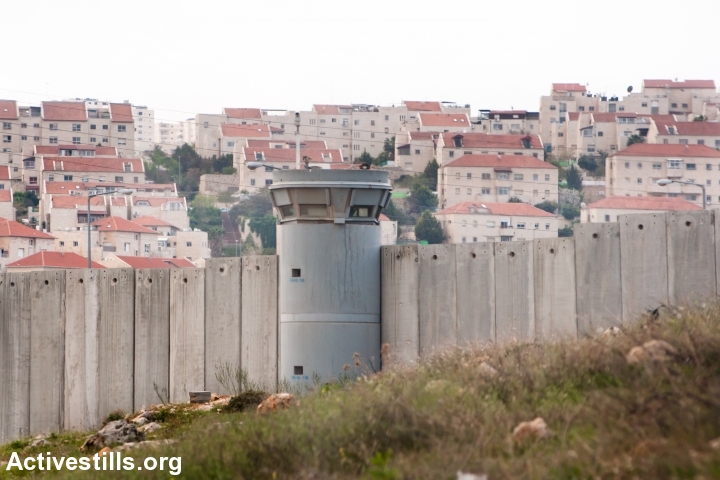 Benjamin Netanyahu declared on the eve of Israel’s April 9 elections that if reelected he would begin annexing the West Bank. Only, if we’re being precise, he didn’t. Israeli leaders have almost never used the word annexation, yet the absence of that terminology has never prevented the country from permanently acquiring territory by force.

Netanyahu did not say that he will formally annex the West Bank but what he did say is that he will gradually extend sovereignty to every last Israeli settlement in the territory. What he has said countless times over the past decade is that Israel will maintain full military control over the entire West Bank forever.

The only change is that Netanyahu has stopped paying lip service to the idea of a two-state solution; now he is going to take explicit credit for implementing the policy he has pursued unswervingly since entering politics — to prevent the creation of a Palestinian state .

For far too long the international community, supporters of Israel in the United States, and even those on the left in Israel have, by allowing themselves to be lied to about Israel’s intentions about a two-state solution, been naively deceiving themselves.

Much of that deception was rooted in the discourse of closing windows of opportunity. We need to act before it’s too late, they would say, without any willingness to discuss when or where the “too late” line lies. Worse, they refused to ask themselves honestly what would happen — or what they would do — when it was crossed.

That isn’t to say that if progressive American Jews or European governments had agreed there was a line in the sand that we would have a two-state solution today. But maybe, just maybe, they would have been better positioned to respond when it was irrevocably crossed.

Which brings us back to today. Netanyahu wants to annex the settlements, refuses to end the military occupation of the West Bank, and will no longer entertain the idea of even a sovereign-less, “state-minus” version of Palestine. The White House will not even condemn the prospect of Israeli annexation in the West Bank and is expected within the next few days to reveal its own plan, which will leave the two-state idea in the dustbin of failed ideas.

With the exception of a generation of politicians and think-tank pundits who have invested too much of their careers in the two-state solution to acknowledge its failure, there is a growing consensus that it is no longer possible.

The problem is that nobody, including the Palestinian leadership, has a contingency plan despite years of warnings that crossing the two-state threshold would lead to disaster. That same mistake is about to happen again with talk of annexation.

By insisting on using the word annexation, the international community is hobbling its ability to respond to Israeli policies and actions, as well as its ability to assess what is taking place.

Netanyahu is aware of the danger of red lines, which is exactly why he will not make any grand announcement that Israel is formally annexing the West Bank. He doesn’t need to. The actions and policies of every Israeli government for decades have been slowly building the conditions for annexation. Those undeclared-yet-very-real steps will deliver the same result.

This is why we need a new vocabulary for the Israeli-Palestinian conflict. Annexation is too rigid a framework to describe Israel’s efforts to make its rule over the occupied Palestinian territories permanent.

Occupation, too, will soon be a counterproductive term to describe a military regime that rules over millions of people, with separate laws and legal systems for different ethnic and national groups.

As many analysts have noted, the results of the elections in Israel last week spell more of the same in many ways. More of the same, however, refers not to a static situation but rather continuing along the trajectory set in recent years by Benjamin Netanyahu and the cohort of ideologues from whom he draws his power..

At this point, however, to continue to tell oneself that Netanyahu’s trajectory and ideology are an aberration, or that he doesn’t represent the will of the Israeli people, is a conscious decision to be complicit.