Not only are Arabs profiled at Israeli airports, it turns out the way security personnel search and follow them may also be illegal. Despite dozens of testimonies, Airport Authority denies utilizing strip searches at all. 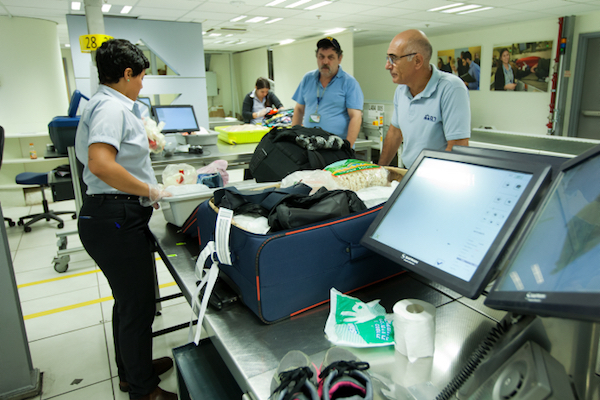 Arab passengers are profiled at Israeli airports and are often subject to strip searches, which Adalah says are illegal. (Moshe Shai/Flash90)

Israeli airport security is notorious for profiling and discriminating against Arab passengers, from invasive and humiliating questioning and strip searches, assigning security officer to escort them as they walk through the airport after undergoing a security check, and more.

Could it be that authorities don’t actually have the legal authority to do all that?

Additionally, most Palestinian Arab citizens of Israel, or any passengers for that matter, likely don’t feel they can refuse such treatment — especially if the consequence is not being allowed to board one’s flight, Adalah added.

“In most cases, therefore, [the passenger’s] consent to a strip search as part of a security check or submitting to the demand to be escorted by security personnel through the airport is consent that is obtained under duress,” explained Adalah attorney Fady Khoury.

The civil rights group is demanding that Israel stop these two specific practices, but also that the state compensate those Arab citizens who have been illegally subject to them in the past. 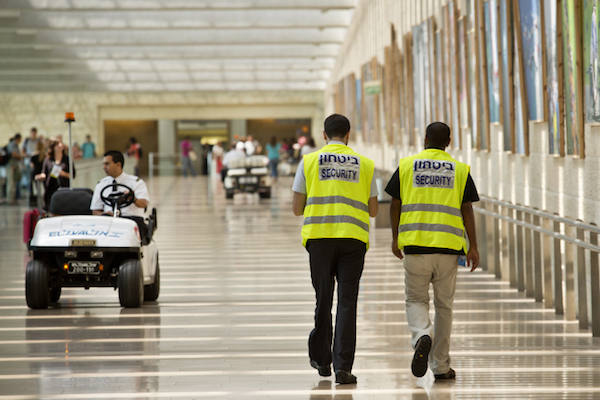 Israelis security guards sometimes follow Arab passengers throughout the airport even after they have cleared ‘enhanced’ security checks. (Moshe Shai/Flash90)

The Israel Airports Authority, in a response sent to Adalah and seen by +972, vehemently denied that the practices in question even exist.

Ample written testimonies by Arab passengers describing strip searches and security escorts at Israeli airports have been published on Israeli, Palestinian and international websites. A simple Google search for “Israeli airport security bra” delivers years worth of stories of Arab passengers being forced to remove their undergarments at Ben-Gurion Airport.

“The Israel Airports Authority is denying the multiple accounts by individuals testifying to use of these practices – including stripping Arab passengers and escorting them to their planes – by its security personnel, and also chooses to ignore the central charge in our letter which holds that these practices lack all legal basis,” Khoury added.

The illegality of the practice is a “callous violation” of passengers’ rights, Khoury said, adding that “a mechanism to allow fair and just compensation for cases in which such violations have happened in the past” must be established.

The Israeli Supreme Court has on several occasions declined to intervene to stop the racial profiling of passengers at Israeli airports, thereby acknowledging its existence and justifying its use. The current campaign by Adalah is more more narrowly targeting the specific practices security personnel use against those passengers against whom security personnel discriminate.