Israeli authorities had canceled Lara Alqasem’s student visa because they accused her of being a BDS activist, despite her intention of studying at an Israeli university. 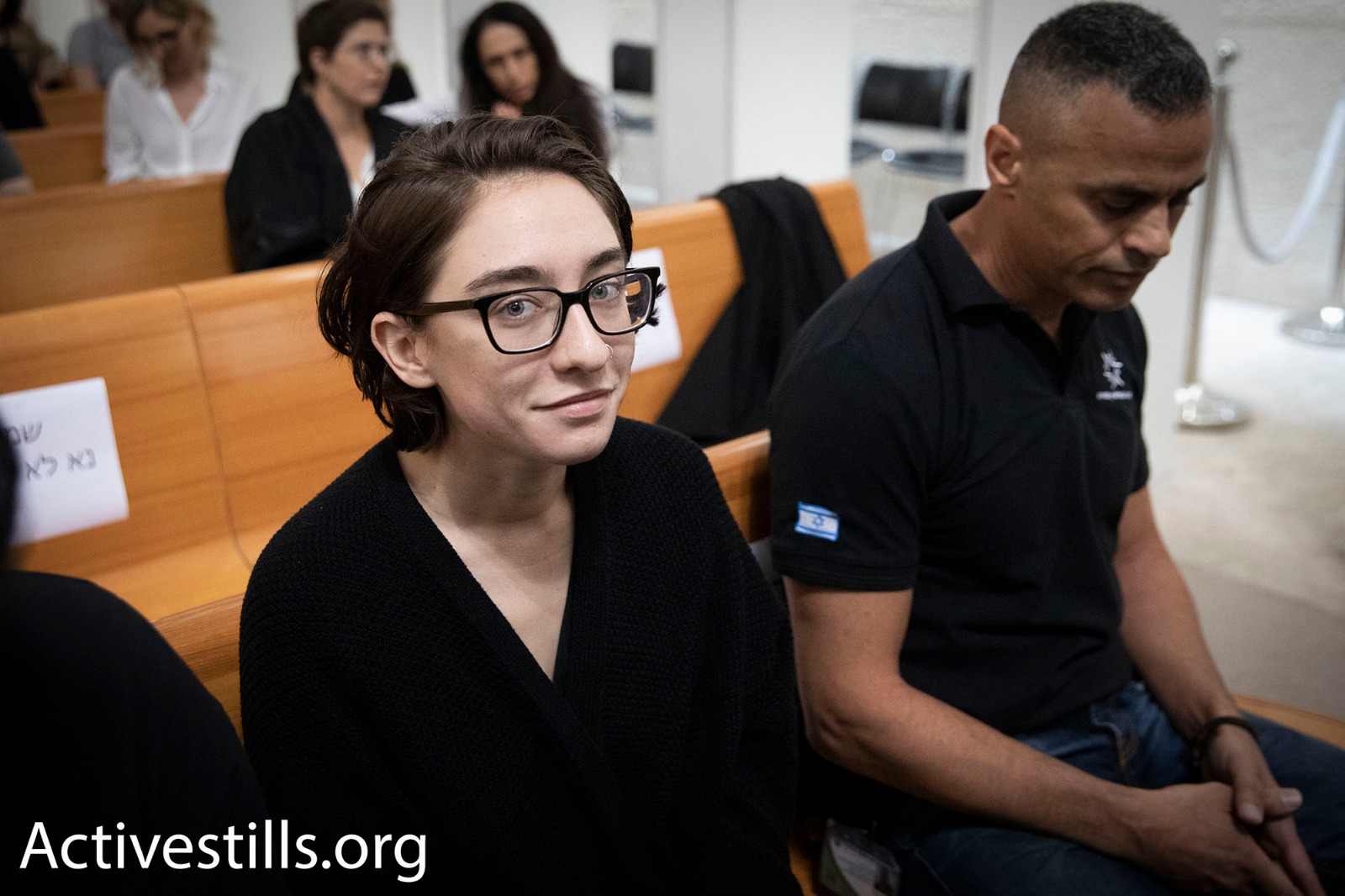 Lara Alqasem, who was denied entry into Israel over her alleged support for BDS, is seen in the Supreme Court, October 17, 2018. (Oren Ziv/Activestills.org)

Israel’s Supreme Court on Thursday ordered the interior minister to allow Lara Alqasem, a Palestinian American who was barred from entering Israel over her alleged support for BDS, to enter the country so she can begin her studies at Hebrew University. Alqasem had been held at an immigration detention facility since she arrived at Ben-Gurion Airport two weeks ago.

Israel’s entry law allows the interior minister to deny entry to anyone who actively calls for the boycott of Israel, its institutions, or its settlements in the occupied Palestinian territories.

The court accepted Alqasem’s attorneys’ argument that the law only applies to current, active activists, and that she had not been involved with any organizations advocating BDS for over a year.

Alqasem was previously a chapter president of Students for Justice in Palestine, a national student group that supports BDS.

The evidence presented by Israeli authorities simply didn’t meet the test to justify her deportation under the spirit or the letter of the law, the justices wrote, which made the interior minister’s decision to cancel her visa unreasonable.

“This is a fundamental divergence from the law, which is written in present tense.” Attorney Yotam Ben-Hillel argued to the court during an appeal hearing on Wednesday.

In their ruling, the justices added that the fact that Alqasem had already been issued a visa made her case different than that of someone who is denied entry from the start.

Hebrew University had joined Alqasem in the appeal challenging her deportation, and argued that preventing Alqasem from entering Israel would “play into the hands of those who claim that we are a dark state.”

“This is a publicized incident, it will harm those who are considering coming to Israel,” the university’s attorney said in court on Wednesday. “They do not know the situation and will come to the conclusion that a visa will not be enough, but that they will be exposed to deportation upon arrival in the country.”

The justices also gave a nod to that argument in their decision, writing that by ostensibly causing damage to Israel’s reputation, the decision to deport Alqasem went against the intention of Israel’s BDS entry law — to protect the image of Israel.

Hundreds of academics in the United States and Israel had signed petitions in support of Alqasem in recent days.

Oren Ziv and Edo Konrad contributed to this report.