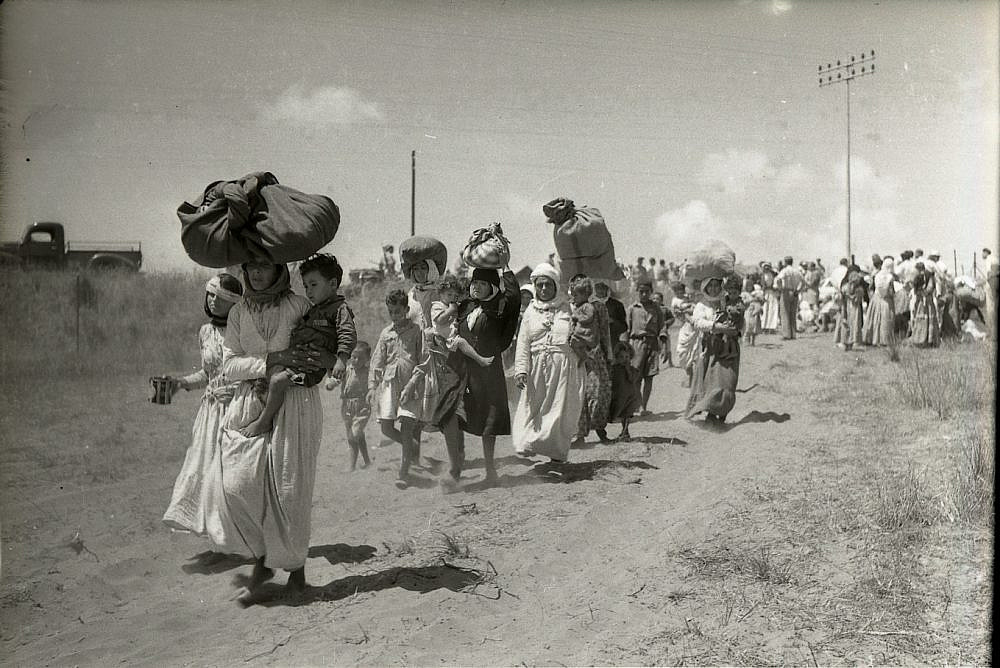 A new documentary about a massacre committed by Israeli soldiers in 1948 reveals that despite repeated Israeli denial of the Nakba — the expulsion and flight of hundreds of thousands of Palestinians that accompanied Israel’s founding — archival records and testimonies from Israeli officials will continue to haunt the country. The film, “Tantura,” directed by Alon Schwarz, overturns efforts to repress the crimes of the Nakba, while proving that the Palestinian narrative cannot be ignored.

“Tantura,” which premiered at the Sundance Film Festival in January and was produced with Israeli government funding, features testimonies of Israeli soldiers who participated in the massacre that took place in the titular Palestinian village, south of Haifa, in May 1948. The documentary was screened on Israeli television earlier this year, and already one of its most notable consequences has been the disclosure of facts regarding the killings to the Israeli public, many of whom deny what happened during the Nakba.

A less prominent, but no less critical, consequence is that the film encouraged the people of Tantura — the descendants of the victims — to break the barrier of fear they inherited from their ancestors and speak up.

“We never stopped teaching our children about what happened in Tantura, but we never dared to talk about the crimes and the massacre that took place in public in general and in the media in particular,” said Ehsan Eimar, a 67-year-old originally from Tantura who, like many families originally from the village, now lives in the nearby town of Fureidis. “We were always afraid of the police and the Shin Bet. We inherited this fear from the people who witnessed the massacre, and who were exposed to all the threats and attempts at intimidation.”

Eimar’s uncle was killed in the Tantura massacre. His father, who was 16 at the time, was imprisoned for 20 months. According to him, “in 2015, the yearly march [to demand the] right to return was held in al-Tantura, and after that we started organizing a march in the village every year, with the participation of most of the Tantura people and many [people] from Fureidis, Jisr al-Zarqa, and other villages.

The Palestinian coastal village of Tantura photographed sometime between 1920 and 1933, prior to the village’s destruction. (Matson Collection)

“We stopped because of the coronavirus pandemic,” Eimar continued. “And despite this, we did not dare to talk about the massacre in public until this film was shown. For us, it is what broke through the barrier of fear. If an Israeli director talks about the issue, what prevents us, the owners of the place, from talking?

“Tantura was not an ordinary village,” he explained. “No more than 400 people lived in the neighboring villages, while the population of Tantura was 1,700 people. There was a small port, commerce, and agriculture. That is why it was a target for the Israeli forces, who feared that it would be a point for smuggling weapons from Lebanon, also because the village resisted.

“My father always talked about the prosperity of the village, in all aspects and areas,” Eimar continued. “Then the Israelis came and decided to destroy it. My father was arrested at the time and moved between several prisons. He was arrested three days after the fall of the village. My grandmother moved to Fureidis and sent him a message that she was in the neighboring village so that he would not go to Lebanon, Jordan, or anywhere else [where Palestinians became refugees after the Nakba] after he was released from prison. Fortunately, the message reached him and he returned to his mother, while many of the family members became refugees in the neighboring Arab countries and the West Bank.

“We never stopped visiting Tantura. My father lived in Fureidis for years, across from his displaced village, and could not return to it.”

Eimar called it “impossible” to describe what happened in Tantura as a single massacre. Rather, he said, there are “at least three” mass graves, and while the official death toll from the killings is 132, “the number of martyrs is much higher.”

“Apart from Tantura’s former prosperity, the most striking thing my father remembered was seeing people being killed before his eyes, and how they spent the first days after the Nakba in hardship and poverty, without shelter.”

Eimar revealed that an advocacy group established last February is pushing for accountability for the massacre, while working to publicly memorialize its victims. “The demands of the People’s Committee to Monitor the Issue of the Mass Graves in Tantura are explicit and clear,” he said. “We demand to fence [off] the area of the mass graves, which [the Israeli authorities] turned into a parking lot. We also demand to place a monument to commemorate Tantura’s martyrs, and we will continue to fight for the memory of Tantura and for our lands. Several families originally from Tantura submitted a request to the district court to register the agricultural land, the documents of which are still with us.” 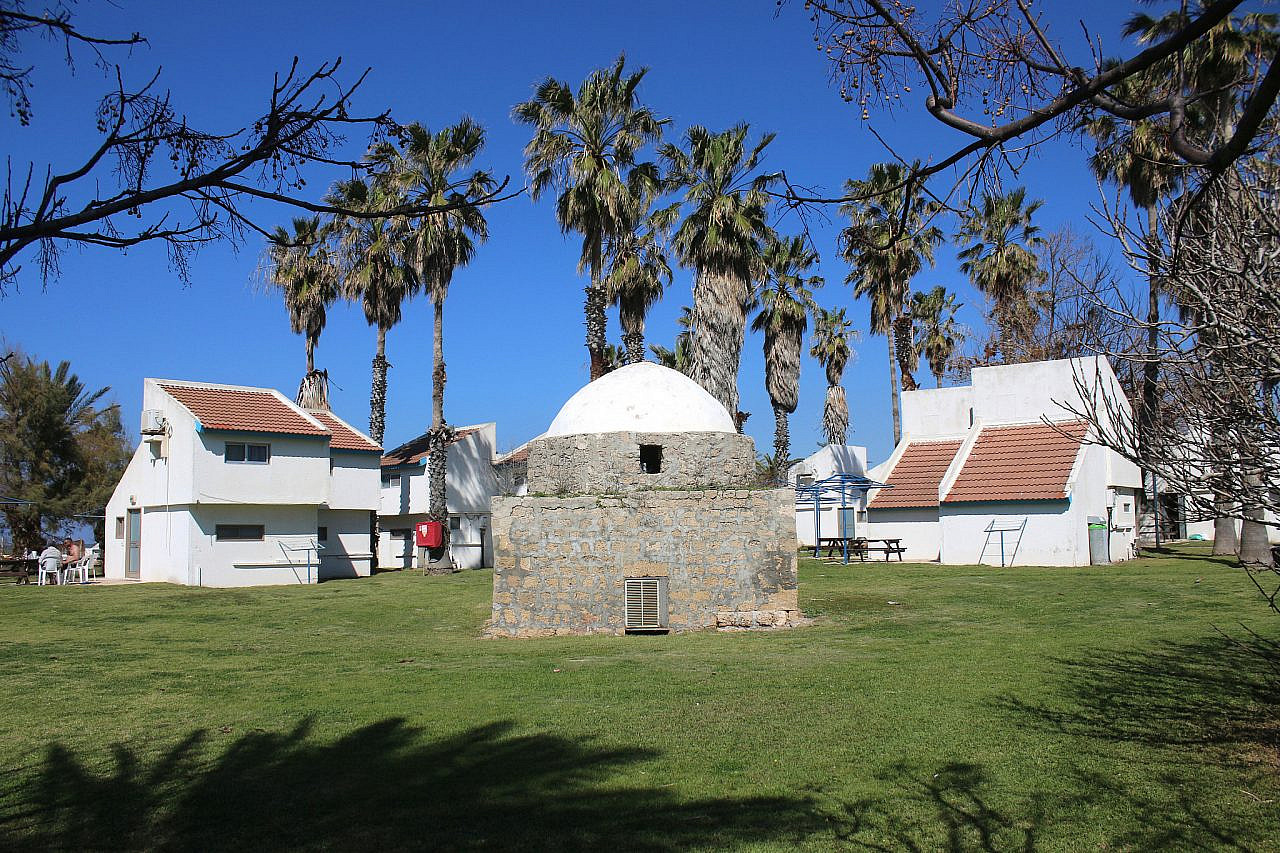 Remains from the village of Tantura, between the buildings of Kibbutz Nachsholim, south of Haifa. (Ahmad Al-Bazz)

Kamal Masri, 58, who is also originally from Tantura and currently lives in Fureidis, is a prominent activist in the struggle of the village refugees. He estimates that after the massacre and the displacement of the residents, about 1,200 people moved to Fureidis;  most of them were persecuted by the Israeli forces, he said, and “only some remained in Fureidis.”

“Our parents carefully told us about what happened, how my uncle and grandfather were martyrs,” Masri said. “How they forced people to dig their graves. How they put dozens of people in mass graves. My grandfather on my mother’s side said that the number of dead reached 150 and that he buried them. He said that not only is the parking lot over graves but there are several more mass graves.

“This film did encourage us to speak more openly about the massacre, but it revealed only part of the truth,” Masri continued. It did not reveal other crimes and atrocities that occurred. All this was because Tantura resisted and did not surrender and because it was a strategic target.

“We’re continuing our activity in the People’s Committee,” Masri said. “For years I went to Tantura and photographed my children and grandchildren. You cannot separate a person from their history and the historical truth, and Israelis must understand this.”

Condemnation, but no remorse

“Undoubtedly, interest has grown in the last five years, after the March of Return and also thanks to social networks,” said Sami al-Ali, a political and social activist from Jisr al-Zarqa, who was part of the investigation and preparation team for the film’s production, and is currently a member of the People’s Committee. “Fear overwhelmed people for years, but the third generation, not only the people of Tantura but also the entire Palestinian people, is more able to talk about the facts and history.”

According to al-Ali, “the younger generation has great awareness. Tantura displaced people here, in the West Bank and in the Arab countries, are connected to each other in a wonderful way. And not only Tantura people are interested, but also many other people from Fureidis, from all families.” 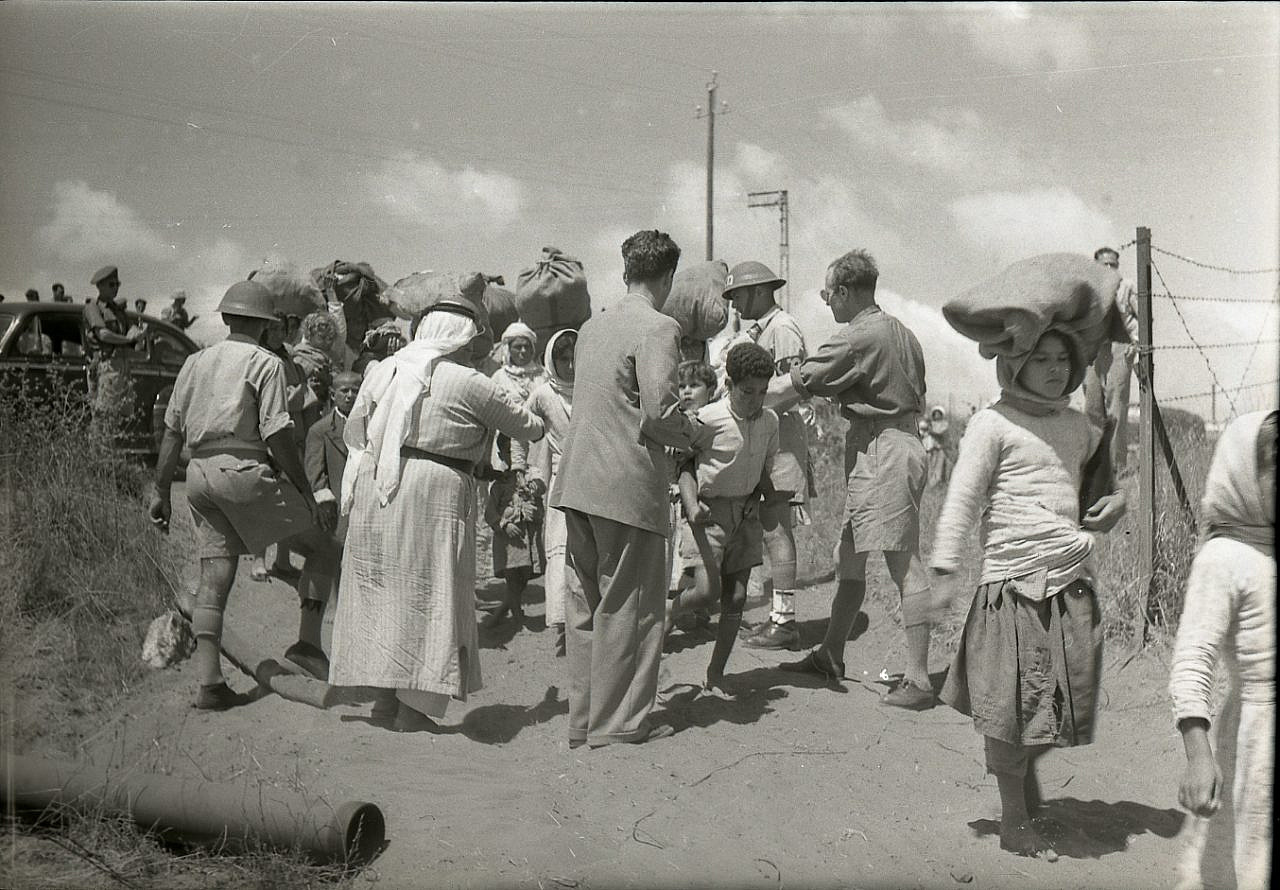 Palestinians from Tantura are expelled to Jordan, watched by members of the UN and the Red Cross, June 1948. (Benno Rothenberg/Meitar Collection/National Library of Israel/The Pritzker Family National Photography Collection/CC BY 4.0)

Al-Ali said that the documentary “confirmed the Palestinian story. It confirmed the sincerity of the testimonies of the villagers, who lived through the Nakba and told us about it years ago.

“But the film also raises new issues,” he continued. “First of all, the confessions of soldiers from the Alexandroni Brigade, who confessed directly to their crimes, including recognition and condemnation, but unfortunately they did not speak of remorse.

“The film also reveals evidence that confirms [Israel’s first prime minister] David Ben-Gurion’s deportation policy,” al-Ali added. “The massacre took place after the establishment of the State of Israel, after the battle ended, and was seen as revenge on the village for its resistance and because of its strategic location. They bombed it from land and sea, tore into it.”

Al-Ali also noted the importance of the testimony of Israeli historians in the film. According to him, they “prove that in addition to the documents we obtained, there was a policy of displacement and destruction of villages. We discovered correspondence that proves that [the soldiers] themselves admitted that there was a serious offense, for example in the correspondence between a commander in the high command and the commander of the region.

“We also found things that confirmed that there were attempts to hide the crime,” al-Ali explained. “They did PR work — in the archival photos, Israeli soldiers appeared helping the people of Tantura and transferring them to Fureidis and giving them water, with the help of the British authorities and the Red Cross. They even invited journalists to document it.”

Meanwhile, al-Ali said that the People’s Committee is working with experts to further identify the mass graves, comparing images from before and after the massacre. The pictures show, he continued, that “one of the places has undergone clear changes, and you can see something that looks like the digging of a ditch.

“Currently, our demand is humanitarian in every sense,” al-Ali added. “We ask for the correction of the historical injustice, and we will launch a plan to show the film in various Arab cities and hold exhibitions of archival photos. We are not stopping.”