How do you teach the universal lessons from national disasters throughout history, while preserving their uniqueness and respecting the pain of those connected to them? 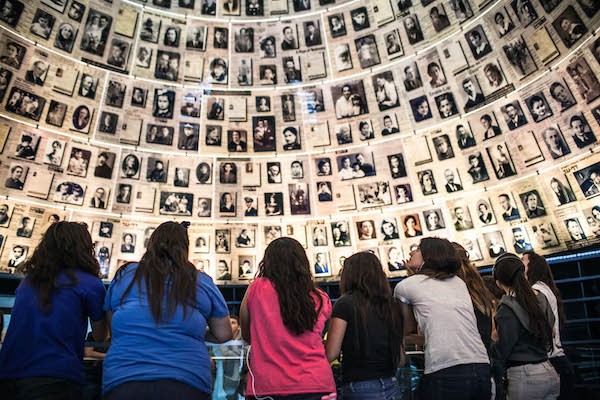 The tension leading up to Holocaust Remembrance Day at the Hand in Hand bilingual school in Jerusalem, where I teach, is the same every year. Teaching about Holocaust remembrance within a shared Jewish-Arab space is a complex and sensitive task; our Jewish students, just like those at a Hebrew-only school, feel that it’s an intrinsic part of their Israeli identity and they hurt on Holocaust Memorial Day.

Our Arab students, meanwhile, feel that the day is reserved for others — that it doesn’t belong to them and that all they are required to do is show respect to the occasion whenever it arises.

This sense of discomfort comes from the duality of this moment in Israeli discourse — to this day, the Holocaust plays a central role in justifying the establishment of the State of Israel for the Jewish people, itself a formative event that Palestinians view as a catastrophe, the Nakba.

How do we overcome this duality? What do we do when it’s clear that Arab students feel empathy and sadness towards the human suffering of the Holocaust’s victims and their families, but cannot ignore the part it played in the devastation of their own people? As teachers, the first step is to process our own dilemmas.

The idea that the Holocaust can teach us a universal lesson has a key role in solving this paralyzing duality, and I suggested as much to my colleagues last year when we were planning the ceremony and classes we would hold on Holocaust Memorial Day in our school. While each collective disaster in history is unique, I argued, if we want to learn from the Holocaust and work to ensure it won’t happen again, we need to understand the historical context in which it took place. In other words, although we need to remember the uniqueness of the Holocaust, we shouldn’t be afraid to draw parallels to other episodes in history in order to identify similar characteristics and to battle those too.

For example, teaching about apartheid in South Africa and making precise comparisons to the current political situation in Israel-Palestine is important — not in order to assess whether there is an apartheid situation here, but rather to see whether similar characteristics can be found here, and to decide if that’s acceptable or not. In the same manner we must learn about colonialism, slavery, genocide, crimes against humanity and other important events. We must learn from them as human beings and at the same time teach students that we have universal responsibilities. 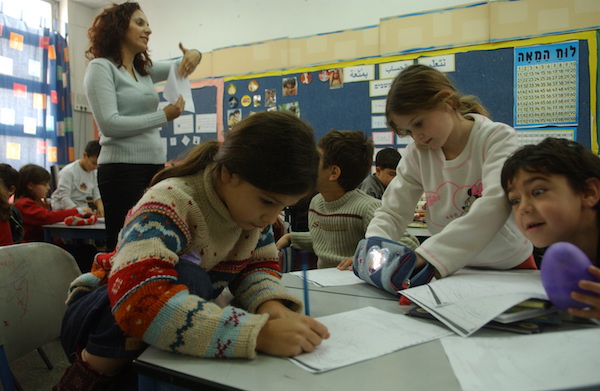 Students at a bilingual school in Jerusalem, December 22, 2005.
(Yossi Zamir/Flash90)

Out of this universalist perspective we can also teach that Holocaust remembrance does not belong to Jews alone. The destruction of European Jewry during World War II was an extreme event that can teach us much about the importance of fighting racism, no matter who it’s directed against.

But teaching from this perspective is not straightforward. Our national remembrance is informed by profound fear, even post-trauma. Jewish teachers struggle to relinquish the particularism of the Holocaust, fearing that its loss might erode the justification for our national existence.

For all the differences, Arab teachers also struggle with the particularism of their own collective disaster. I recall a conversation that took place as part of a dialogue program, for which we were divided into homogeneous groups so that we could debate sensitive topics in a more intimate space.

In the Jewish teachers group, we brought up the claim that our identity is based on remembrance of the Holocaust, making us fearful, defensive and even aggressive. We also discussed the thought that even our Arab colleagues, if they had the power to, would remove us all from here. My friends helped me understand the depth of our national memories and led me to try and take a more balanced approach to the subject — one which would include both universal and particularist elements of Holocaust remembrance.

Now we look at different collective disasters and their unique characteristics, and only afterwards do we try and draw universal lessons from them. It’s also important to be able to discuss historical disasters in of themselves without saying that they remind us of something else, and without comparing the level of suffering or asking who started it and who was in the right. Our older students have shown us that this approach is eminently possible.

This process of figuring out Holocaust remembrance within a Jewish-Arab space also led to a deeper conversation about both the Holocaust and about collective memory in general. Learning about these events brings up our collective fears, which have fed the conflict for so long. At the same time, we listen to the fears of our colleagues, and we tackle them together — through our partnership. This level of mutual security is not something to be taken for granted.

I’ve been lucky — my educational colleagues, Jewish and Arab teachers, are the bravest partners possible with whom to manage this sensitive, painful and crucial process. As we study our national holidays, I feel that we and our students are taking a step towards national reconciliation together. Together we are trying to recognize each others’ pain without taking ownership of it. Only from this place can we cultivate fresh hope.

Guy Aloni is an educator and teacher of civics and history at the bilingual Hand in Hand school in Jerusalem. This post was originally published in Hebrew on Local Call. Read it here. Translated by Natasha Roth.