It’s the little things, the everyday things, that really make you wonder about where this place is headed.

I caught a glimpse of a picture on Facebook yesterday that sent chills down my spine. It was uploaded by Tal Rabinowsky, who in the caption and comments of the picture said that he saw the following text while helping his cousin do his bible homework.

His cousin is in second grade. 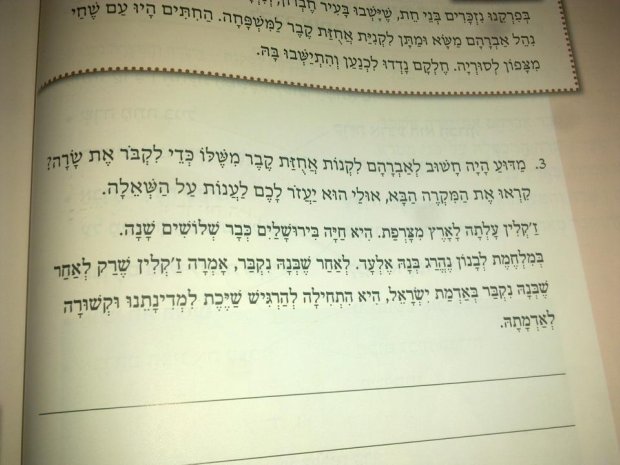 The textbook that Tal's kid was reading (photo: Tal Rabinovsky)

3. Why was it important for Abraham to buy his own cemetery plot to bury Sarah? Read the following story, it may help you answer the question:

Jacqueline made aliyah (immigrated) from France. She has been living in Jerusalem for 30 years now.