In order to create genuine housing solutions for Arab society in Israel, existing homes and developments must be retroactively licensed. Only then will it be possible to tackle illegal construction.

By Moran Aviv and Mohammad Khaliliyeh 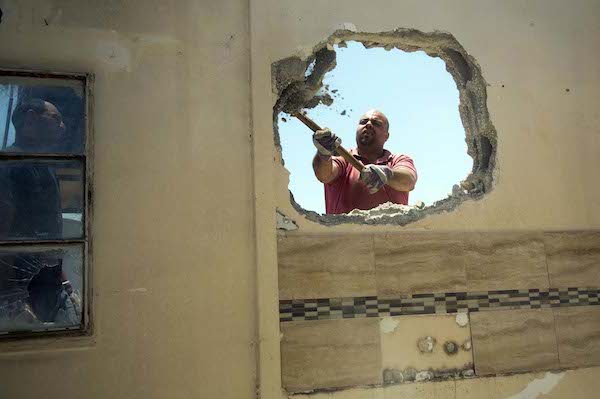 Several months ago the government authorized a plan to narrow the huge economic gaps between Arab and Jewish citizens by equalizing part of the budget mechanisms in the state budget.

Before the funds could be transferred, however, the government decided to establish a mechanism to enforce planning and building laws in the country’s Arab communities, and held up the former plan until the latter was passed into law.

The idea is to transfer planning and enforcement responsibility to Arab local government authorities in Israel along with the power to levy fines and use force to stop illegal construction.

The decision to begin enforcing building laws before the transfer of substantial budgets — aimed at strengthening Arab local authorities and implementing housing solutions — is harmful and pushes Arabs into an impossible corner.

The first program, the Arab Development Plan (Decision 922), included plans to provide solutions for the lack of master and detailed plans in Arab local authorities, upgrade engineering departments in these authorities, and close the decades-long planning gaps between Jewish and Arab towns due to long term government inaction.

The plan was that construction permits would be issued following the creation of planning infrastructure for master and detailed plans in Arab towns, a necessary prerequisite for granting building permits. Finally, Arab citizens would see the first step in improving the serious housing shortage afflicting their communities, following years of chaotic building and long-term neglect of planning issues.

Now, when the government is in the very initial steps of implementing the decision to narrow the housing gap and provide planning infrastructure in Arab towns, and even before a single residential construction plan has been approved, this damaging proposal by lawmakers, demanding immediate enforcement of laws against illegal construction has surfaced. This, of course, will lead to more home demolitions, more conflict, and no positive solution for Arab citizens’ housing crisis.

Without housing plans, financial resources, time to lay the groundwork, and legal local master plans that make it possible to issue building permits, Arab local governments are once again facing a hopeless situation: a complete lack of planning for residential buildings and land for development. All this while the housing shortage only worsens. 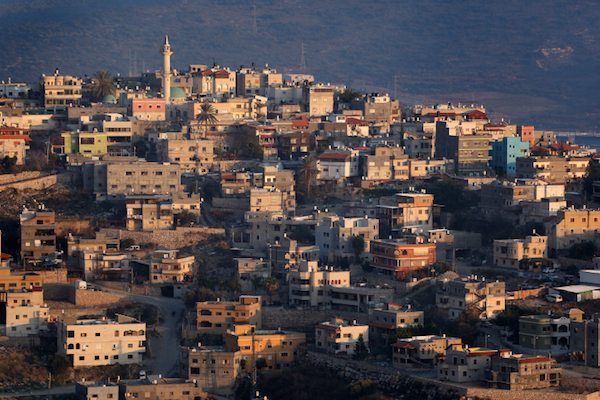 View of the Arab village of Nahf in Northern Israel. (Hadas Parush/Flash 90)

The government should understand that Arab society does not benefit from illegal construction in its communities. In fact the opposite is true, since anyone who builds without a permit has to pay heavy fines and is under constant threat of having their home demolished. Illegal construction usually takes place on privately owned land thus undermining the local authorities’ development options and their ability to provide the residents with necessary infrastructure and public institutions. In other words, illegal construction greatly reduces residents’ quality of life. But when the most basic need — the need for a roof overhead — is threatened, what choice is left for a young couple that has just started their life together?

The government must reverse its course. First, it must create the vitally needed local planning infrastructure and involve Arab local authorities in the planning process based on the needs of the residents. To accomplish this, Decision 922 must be broadly implemented, Arab municipal boundaries expanded, state land allocated for housing, engineering departments strengthened, and budgets transferred as soon as possible to the Arab local authorities for recruiting manpower, upgrading technological systems, training, and more.

The moment these changes are successfully implemented, the private sector will have an interest in building on private land, the housing supply will increase, and a real estate market will develop in which entrepreneurs, contractors, and landowners will also have an interest in initiating new residential construction in Arab communities.

There is a need for a period of reorganization during which the state will create genuine housing solutions for Arab society, and existing buildings in areas slated for development can be retroactively licensed. Only then will it be possible to enforce a prohibition against illegal construction. Local governments, the leadership of Arab society, and the entire Arab public must be central players in this process. These issues must be tackled cooperatively so that the solutions will be acceptable for all sides.

Without cooperation, budgets and first providing actual housing solutions for Arab citizens, strict enforcement of licensing laws for construction in Arab towns will be destructive. It might even severely damage the potential success of the new government plan to reduce the gaps between Arab and Jewish citizens while adding bricks to the wall of distrust between Arab citizens and the government.

The authors are urban planners in the Equality Policy Department of Sikkuy-The Association for the Advancement of Civic Equality.