Netanyahu is currently facing three separate corruption probes, and his political allies are promoting legislation to shield him from accountability. (Read Dahlia Scheindlin’s report from the protest.)

By +972 Staff and Haggai Matar 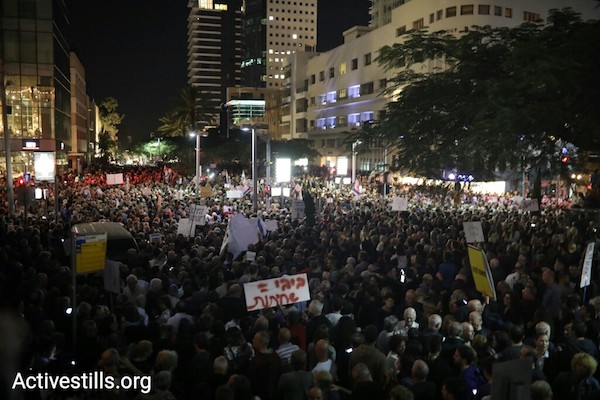 One recent failed piece of legislation would have granted immunity to the prime minister for corruption charges. The latest version, which would make it illegal to publicize the findings of corruption investigations, is being fast-tracked and could take effect in a matter of weeks.

Anti-corruption activists have been holding weekly protests outside the Israeli attorney general’s home in Petah Tikva for the past year or so. The issue of corruption in the government is a huge issue domestically, even more so as Netanyahu’s allies attempt to shield him from corruption probes.

“We are a light unto the nations in a lot of fields, but not in politics,” retired Israeli general Amiram Levin said at the rally. “In politics we are a stain upon the western world — a stain on Judaism.”

Among many others, protesters chanted calls to send Netanyahu to prison. 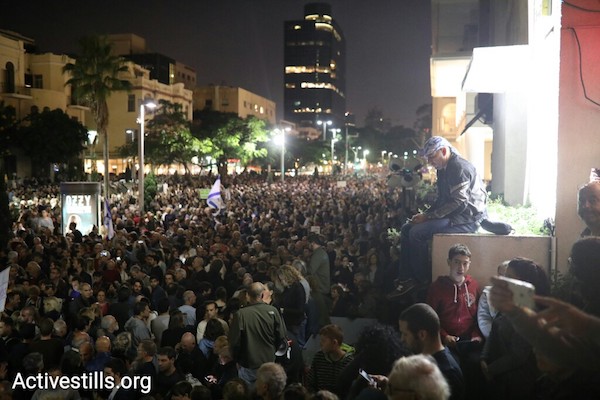