After a great deal of work, the joint Arab election slate has finally come into fruition. But what does the list say about the place of women in Arab politics? Who proved himself to be the real leader of the group? And what can the Arab public do now? 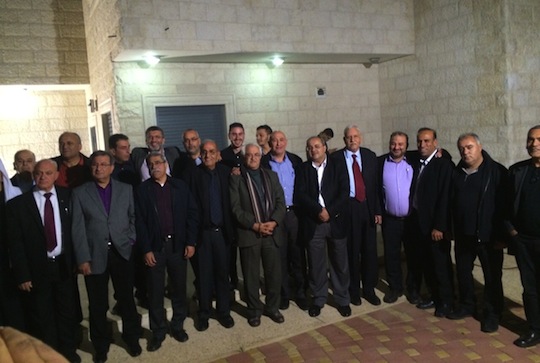 You know that joke about how Arabs can’t agree about anything but the fact that they disagree about everything? Well, it is officially no longer relevant!

With the looming elections and the raising of the electoral threshold, Israel’s Arab population went into a long state of difficult contractions. A group of talented gynecologists, nicknamed the “agreement committee,” were appointed to bridge the gaps between the Arab parties and worked without a midwife, trying everything they could in order to birth to a united election slate.

Let’s just say it was a vacuum delivery, and that the committee was resigned to do it forcefully. But why ruin our most joyous occasions? The main thing is that the list was born and that Arab society is now recuperating from a difficult birth. The decision over which MKs will receive ministerial portfolios (should it ever come to that) could bring about a world war, so we’ll set aside these issues for a different time.

For now let us read between the lines of the agreement, which was disseminated across social media outlets and was signed by all the respectable men present during the negotiations. The agreement, which is similar to Israel’s Declaration of Independence with its colorful signatures, was sent out alongside a photo of tie-wearing men straight out of Kafr Kara. What do we see in this new list?

Representation of Arab women in the next Knesset will double. To two. It all sounds much nicer when we look at it in terms of percentages: a 100 percent increase in Arab women in the Knesset! Ahmed Tibi’s Ta’al faction started acting like a proper political party and struggled to get one of its own women into the list — a healthy change. As a result, perhaps there will be two-and-a-half women in the following Knesset — an increase of 150 percent.

I believe that the Islamic Movement must also meet this demand in the future, and struggle with itself over women’s representation. If this change actually takes place, then the united slate will be truly justified.

If we have already discussed the half-seat reserved for a woman from Ta’al, we may as well talk about the fact that the list is full of all types of “halves”: one seat is divided into two halves – half for Hadash and half for Balad. Two seats are divided between Ta’al and the Islamic Movement. The genius who opened this falafel stand and suggested half a meal to the parties with any toppings it wants — half Bedouin, half Druze, half woman and half educated — that person, who had no other choice but to prevent a disaster, deserves the Nobel Peace Prize. I suggest adding this person to the peace talks that aren’t taking place between the Palestinian Authority and Israel. Maybe that will push things forward.

The only thing that is lacking in this agreement is understanding the possibility that the Knesset will only make it halfway through its term. What will happen if the other half of the Arab candidates don’t make it into the parliament? It wasn’t very long ago that Hadash’s Nabila Espanioly was promised that she would replace former party head Mohammad Barakeh. And what happened? Today we have no Nabila and no Barakeh.

Ayman Odeh is starting his career with a passing grade in his first test of leadership. He is new and young, and had reservations about uniting the Arab parties. However, Odeh did not give in to the pressure to forgo his chance for the Hadash party leadership against Barakeh, and after winning he pushed the party committee to throw its support behind the united slate. 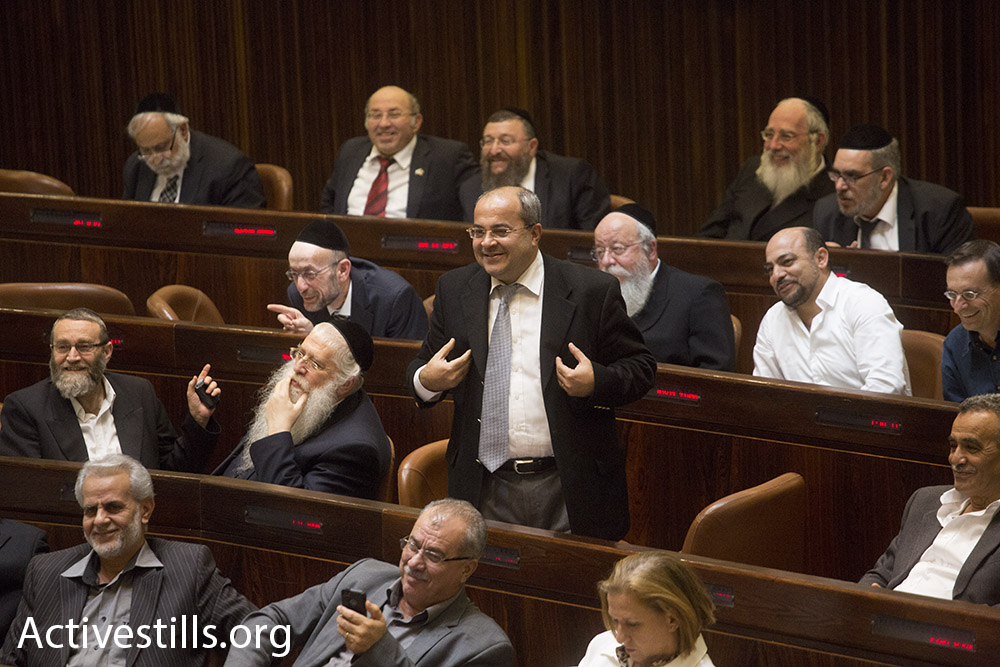 But the person who really deserves the best grade is Ahmad Tibi, who did not have an easy time throughout this process. Every single poll showed that Tibi had, by far, the most public support to lead the slate. And not only that: after Barakeh (actually) retired, Tibi was the only candidate who could fit the bill. The fact that Tibi was given the fourth slot, and while two half-seats were given to his party further down the list, shows that he can put aside his ego and make a responsible decision for the sake of this historic moment — two qualities that one doesn’t generally see in politics, let alone in Israel’s Arab society.

4. The limits of Arab politics

The announcement of the united slate left out several parties and groups. This is a clear statement from the parties elected to the last Knesset: we are the legitimate parties, there is no room for others. These others include supporters of Taleb Al-Sana (Mada), representatives of the mixed Jewish-Arab cities, academics, representatives of Nasrati (the party of Nazareth Mayor Ali Salam) and others. The parties tell us: whomever wants to be elected to the Knesset must find her or his place in one of these four parties, and start working hard from now on.

We have a lot to learn from the establishment of the united slate, both as a society and as a minority. We can learn about the connection between leadership and the people, between the minority and the majority, between men and women, academics and public figures, between the religious and the secular, etc. We have passed the first stage of working together and lived to tell the tale. Now let’s get off of the living room sofa and smartphones and get involved.