Something caught my eye when looking through photos on The Atlantic of the Nakba day demonstrations which engulfed the West Banks and Israel’s border areas last Sunday.

Image 16, reprinted below, carries the following caption: Two Palestinian men struggle after being overcome by tear gas fired during clashes with the Israeli police on May 15, 2011 at Qalandiya checkpoint near Ramallah, West Bank. (Uriel Sinai/Getty Images)

Actually one of the men is an Israeli from Tel Aviv named Jonathan Pollak. I suppose The Atlantic was not aware that Israeli supporters joined the Nakba demonstrations throughout the West Bank on Sunday. Maybe the editors have not heard of the Israelis that have gone to jail or been injured resisting their country’s repression of unarmed Palestinian demonstrations. Perhaps they should have a look at the definitive account of the joint struggle and the new Israeli left which Noam Sheizaf and I wrote for the Nation in March 2011.

I think that the photo is much stronger seeing an Israeli and a Palestinian side by side suffering from Israeli tear gas…don’t you? 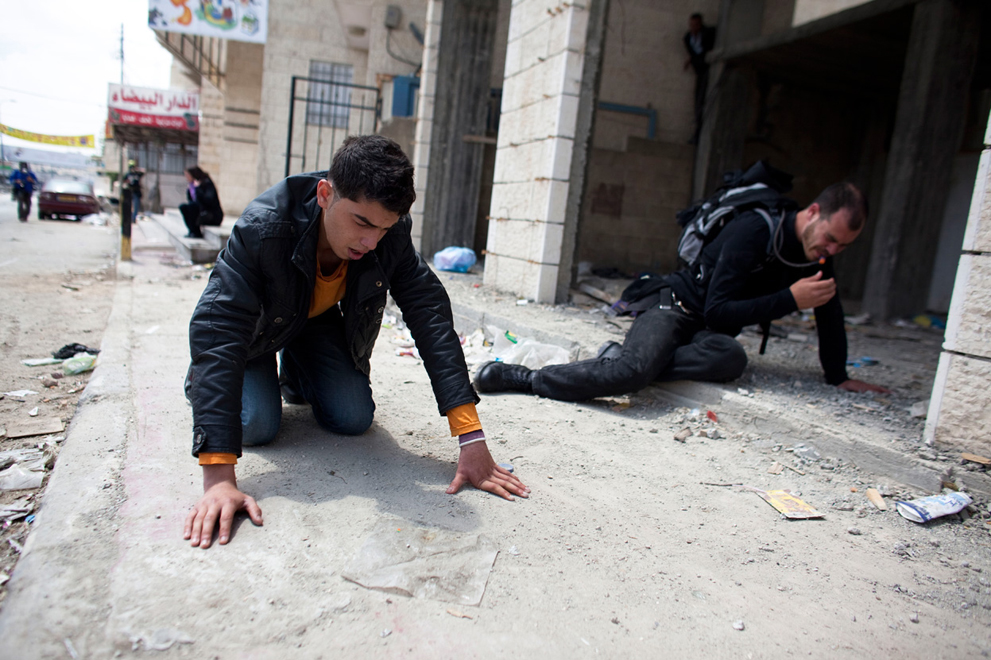 As you can see in the comment thread, The Atlantic has kindly changed the caption of the above photo to: [Edit, this caption previously identified both men as Palestinian. The man on the right may be Jonathan Pollak, an Israeli.]. I was at Qalandia watching this photograph being taken and can personally confirm that this person is Jonathan Pollak.