It is a bitter irony that Israelis and Palestinians came into more frequent contact prior to the peace process. The Labor party’s new ‘separation plan’ does nothing to correct that. 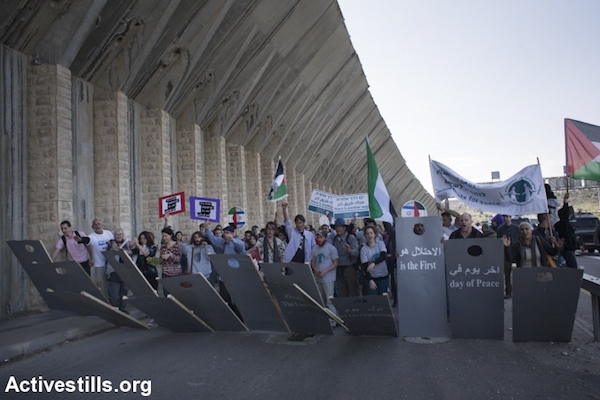 Israel’s Labor Party recently passed its own plan to deal with the Israeli-Palestinian conflict. Unfortunately, instead of coming up with a plan that will allow Israelis and Palestinians to work together on building a better future, Labor chairman and opposition leader Issac Herzog appealed to the principle of separation by building more walls and preventing Palestinians from truly establishing their state.

Under happier circumstances, separation can conceivably be equated with co-existence, tolerance and mutual regard. However, within the current Israeli climate, it is more likely to be voiced in the vernacular of ethnic exclusivism, chauvinism and intolerance. Separation will quite clearly do little for a society that mistakes Israeli-Palestinian love stories and human rights NGOs for existential threats.

Too many Israeli progressives continue to cling to the illusion that the collapse of the Oslo peace process destroyed the prospect of a lasting reconciliation between Israelis and Palestinians. I take precisely the opposite view; namely that the process itself undermined the possibility of a peaceful resolution of the Israeli-Palestinian conflict. The problem was not one of implementation or design but of principle. Just as Herzog omits the Palestinian people from his grand plans, so too did the originators of the Oslo Accords.

It is a particularly bitter irony that Israelis and Palestinians came into contact on a more frequent basis prior to the establishment of the formal peace process. It is similarly striking that this same peace process corresponded with a realignment and intensification of the occupation. This apparent contradiction between discourse and practice should hardly occasion surprise – after all, it was routinely reproduced within the ideology and political practices of successive Labor governments. Similarly, the apparent paradox of a peace sustained through various degrees of violence is part of a long and venerable tradition established by the likes of Shimon Peres, Yitzhak Rabin and Ehud Barak.

In fact, as part of the Oslo Accords, Rabin effectively put the Palestinian territories under closure. In advancing a series of unconditional Israeli demands as the basis for peace, Herzog merely continues where Rabin left off. Whereas Herzog anticipates fundamental and irreversible adjustments of the status quo, Rabin had similarly spoken of changing “facts on the ground.” Herzog endeavours to turn his myopia into a virtue; Rabin hurled Jerusalem, Israeli settlements and Palestinian refugees into a box labelled “final status” issues. Just like his Labor predecessor, Herzog is entirely beholden to an impoverished worldview of the Israeli political-military establishment. He appears to be incapable of actually treating Palestinians as human beings. 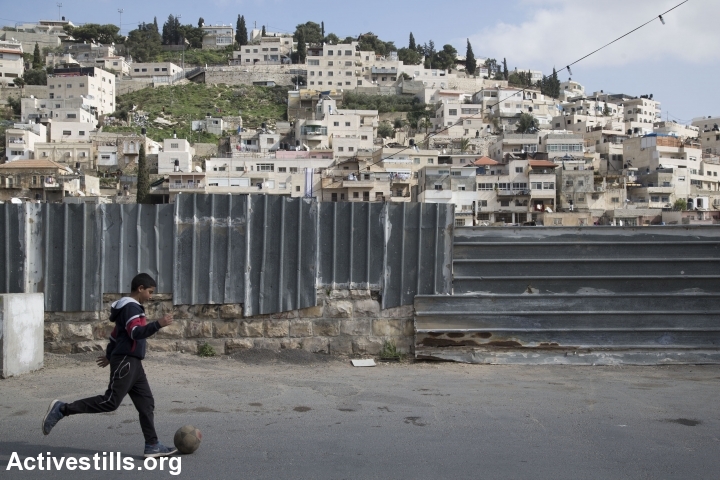 A Palestinian child plays next to a wall in the East Jerusalem neighborhood of Silwan, February 21, 2016. (Activestills.org)

Given these limitations, it is no surprise that Herzog should arrive at something as lacking and insufficient as his proposed “separation plan.” Herzog’s political inspiration should, however, occasion slightly more surprise. He has stated that: “We’ll erect a big wall between us. That is the kind of co-existence that is possible right now… Ariel Sharon… didn’t finish the job. We want to finish it, to complete the barrier that separates us.” We are thereby confronted with an instance in which the leading figure of Israeli progressivism proudly takes his lead from the individual who many hold responsible for the Sabra and Shatila massacre: this is quite an accomplishment. It is difficult to imagine circumstances under which the moral degeneration of the Israeli Left could ever be more vividly or starkly demonstrated.

Herzog’s proposals stand as a rejection of a tradition to which I have committed considerable time and effort. During the mid to late 1990s I was personally involved with a range of People-to-People (P2P) initiatives which brought Israeli and Palestinian participants together to work upon shared activities. The international community poured millions of dollars into such initiatives. The underlying rationale of this engagement, which was enshrined in the second stage of the Oslo Peace Process (Oslo II), was that enhanced contact and dialogue between Israelis and Palestinians would provide the basis for a more sustainable peace.

The conceptual, theoretical and logistical flaws of this initiative were cruelly exposed in ensuing years. Palestinian participants struggled against a framework of engagement which was distorted by donor priorities and which drew strongly upon conflict resolution theories that were poorly adjusted to the power imbalances and political realities of the Israeli-Palestinian conflict. However, in retrospect, one oversight was particularly important – namely that the workshops did not draw upon the collective movement which had brought Israelis and Palestinians together during the First Intifada. In hindsight, I am frequently struck by the contrast between the artificiality and stale formality of the workshops and the dynamism and purpose of the popular movement.

I hold no illusions about the difficulties of working across the divide. An incident from a joint event in 2000 is instructive in this respect. One Israeli coordinator questioned the continual Palestinian focus upon the refugee issue. She informed me – with the apparent impression that no further response was required – that this issue was a “red line” for Israelis, who considered it to be a threat to “state security.” This was hardly an isolated or exceptional occurrence – indeed, other participants within joint sessions will undoubtedly be able to unfurl a long list of equally wearying encounters with “red lines,” “key conditions,” or “security concerns.”

Despite the challenges I encountered, I continue to believe that it is only by working together that Israelis and Palestinians can achieve a better future. Herzog’s separation plan, which presents itself as a radical departure from the established status quo, will only serve to perpetuate it. After the collapse of the Camp David talks in 2000, Ehud Barak famously pronounced that “there is no partner for peace.” Herzog’s current actions give the impression that he has mistaken Barak’s general observation for a political strategy. “Plan” is clearly a misnomer – this suggests a clear framework and a precise set of actions that are directed towards a clear objective. This is transparently not what is on offer. Instead, Herzog has only succeeded in demonstrating his and his party’s intellectual, political and moral bankruptcy.