If Arabs were still solely manual laborers in Israel’s economy, right-wing MKs would not be rushing to do everything possible to oust them from the labor force, strip them of their political representation and, ultimately, their citizenship. 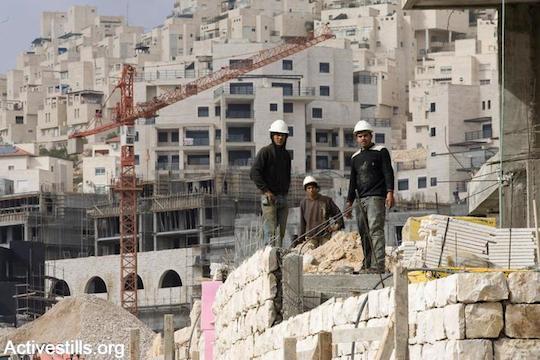 Of late, not a week has gone by without a senior Israeli government official or politician proposing to strip Israel’s Arab citizens of yet another basic civil right. Most recently, the coalition passed the “governance law,” which raises the electoral threshold from 2 to 3.25 percent. The new law could eject Arab citizens from the Israeli political arena and significantly harms their political rights.

This law followed a slew of similar initiatives, including a bill by coalition chairman Yariv Levin to allow employers to discriminate against job applicants who have not performed military service. This would give legal imprimatur to discrimination against Arab citizens in the workplace and promote a process of ejecting them from the labor force.

Levin is also trying to promote a policy that would distinguish between Christians and Muslims in the allocation of resources. By favoring the former, it would further deepen the budgetary discrimination against Muslims and create friction between the two communities. Unfortunately, the first law that distinguishes between Christians and Muslims was passed in the Knesset last month.

Finally, after attempts to expel Arabs from the Knesset, discriminate against them in the workplace and create cleavages within Arab society, we arrive at the ultimate political solution: depriving hundreds of thousands of Arabs of their Israeli citizenship by transferring them to a Palestinian state. Foreign Minister Avigdor Liberman has make sure to repeat this idea alongside the more moderate political messages he has been presenting recently.

The message to the Arab citizens is clear: if you don’t shut up, you’ll come to a tragic end.

True, not all these troublesome ideas and efforts will be translated into legislation or policy. But even if one of them is realized, it would cause grave damage. In any case, the very fact that ideas of this type have penetrated the public debate is nothing short of an assault by the ruling party against the Arab citizens and against attempts to develop a positive relationship between the two groups.

This attack is without a doubt the bitter fruit of the growing strength of the extreme right, which now enjoys unprecedented public support and political power. But as we stand up to defend democracy and the rights of Arab citizens, we should note that this offensive also highlights some positive developments, chief among them Arab citizens’ growing socioeconomic and political power.

Despite discriminatory policies that have been around for as long as the state itslef, the Arab community in Israel has managed — with the help of various factors within Jewish society, including a number in government ministries — to substantially improve its socioeconomic position, reduce inequality, effectively challenge state institutions, and maintain significant and authentic political representation in the Knesset. The Arab sector has grown stronger, and we are now witness to its emerging integration into some centers of power, the economy and society in Israel.

As long as the Arab citizens were weak and marginalized, they did not threaten Israel’s Jewish hegemony. When I was young, in the 1970s, most Jews encountered Arabs exclusively as manual laborers in gardening and construction. The situation today is entirely different. Jewish citizens who walk into a pharmacy will almost always see an Arab pharmacist; if they need to go to the emergency room in the middle of the night, they are likely to be treated by an Arab doctor. Jewish university students have Arab lecturers, and there have already been an Arab director-general of a government ministry and an Arab minister. Even former president Moshe Katsav was tried by a panel of judges headed by an Arab, which sentenced him to a lengthy term in prison.

Today, Jews in Israel are not always on top — on every ladder, in every ranking, and in every situation. And this shakes up the world order of the nationalist right, which is extremely fearful of breaking the absolutely Jewish hegemony. In contrast to many on the Left and in the Arab sector who make light of the Arabs’ economic and social integration, the Right is better at identifying the hidden potential in the situation and is working to halt what it views as a dangerous trend. If Arabs were still only manual laborers, right-wing MKs would not be rushing to do everything possible to oust them from the labor force and strip them of their political representation and, ultimately, their citizenship.

The attacks on Israel’s Arab citizens are grave, undemocratic and dangerous. But their intensity also attests to the strength and success that Arab society has reaped, and to the positive forces in Israeli society as a whole, which are promoting equality and partnership.

What does this say about the future? As Arab society is increasingly empowered, the right wing will marshal all its strength to try to stop the process. Jewish and Arab citizens who want a better future in this land have no choice but to prepare for a long, difficult and protracted fight. In the end, though, despite the bitterest opposition from the inciters, we will build an equal and shared society in our shared homeland.

The author is co-executive director of Sikkuy: The Association for the Advancement of Civic Equality.