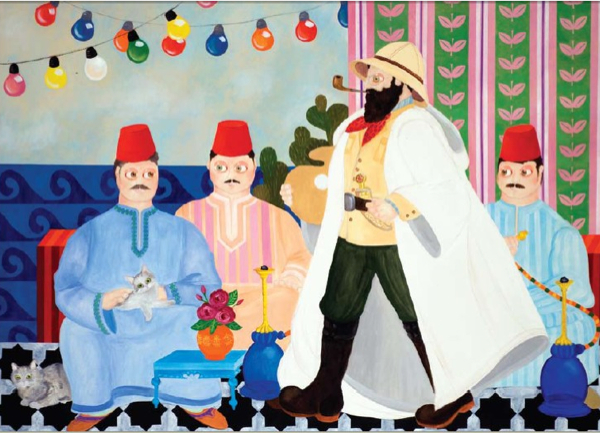 Israel’s control over the Palestinian territories has continued for more than 40 years. While government policy toward the territories has gone through different phases over the past four decades, there has been no significant shift toward ending the occupation. How did the occupation and its administrators become so powerful?  Why there isn’t any strong opposition?

There are a few factors that contribute toward the perpetuating of this situation. Israel uses a very strong philosophy that demonizes the Palestinians, lumping them all together as the enemy. Thus Israelis do not see the overall civilian toll of the blockade on Gaza, but only Hamas firing rockets into Israel. This is a Machiavellian system and sometimes it seems unbreakable.

It isn’t only a political question that justifies the occupation and its deeds. I would argue that Israeli popular culture contributes to justifying Israel’s ongoing military control of the Palestinian territories. If a foreigner were to listen to Israeli radio all day long he would not find any songs that deals with the occupation. He would not find any songs dealing with the role of the young people who serve in the IDF, either. In other countries around the world, the youth were the first to refuse the draft. But in Israel the refusal movement is small and marginal.

I am not arguing that Israeli radio is censored. But remember that one of Israel’s popular radio stations is Army Radio (Galatz). If you are a subversive political band you might as well disappear and nobody will listen to you, because you won’t get any air time on Galatz. Actually, you won’t find any Israeli-Palestinian bands or singers on Israeli radio. Those seeking classical Arab music are forced to listen to foreign radio stations.

It isn’t only that the Israeli radio doesn’t deals with the occupation and refuses to broadcast Arab and Palestinian culture. I would also argue that there is a war on the identity of Israel, as demonstrated by its position toward Mizrahi music.

The Mizrahi collective did a wonderful job of helping to transform Israel from a quasi-socialist state to a multi cultural state, via its Arab-Jewish culture. Today Mizrahi music, with its Arab roots, can be heard everywhere. But these very Arab roots threaten Israel’s image as a Western  ‘liberal’ state in the Middle East. And so every lead singer and many major players in the local music industry are waging a campaign in the mass media about the deterioration of Israeli culture due to Mizrahi music.

If you look at culture through a wide prism you can understand that the question of Israeli identity is one of the factors that contribute to the continuation of the occupation.
If Israel wants to end its colonial position, she must open her awareness to Arab culture. The change cannot come only from political and diplomatic negotiations.

Mati  Shemoelof is a poet, journalist and activist. Much of his literary work and activism deals with issues of ethnicity and class among Mizrahi Jews in Israel. His blog is called Public Enemy #2.