By threatening the livelihood of Palestinian theater workers, Regev is committing cultural terrorism: she is putting people’s livelihoods at risk — people whose only sin is holding different political principles. 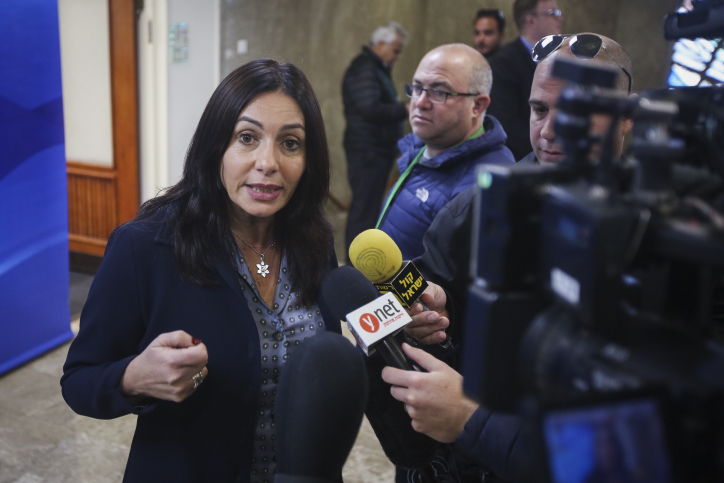 In an interview Monday morning, Culture Minister Miri Regev revealed her true intentions to Army Radio host Razi Barkai: she wishes to shut down Haifa’s Al-Midan, the only Arabic theater in Israel that receives state funding, if it does not fall in line.

Here’s how we got here. The Ministry of Culture and Sport froze Al-Midan’s budget in mid-2015 after it had planned to run a performance of “A Parallel Time,” based on the life of Walid Daka, a Palestinian prisoner convicted of aiding the abduction and killing of Israeli soldier, Moshe Tamam. The ministry justified the freeze by arguing that the play was written by a “terrorist” who kidnapped and murdered a soldier.

The theater petitioned to Israel’s High Court of Justice, after which the attorney general pressured the ministry to leave the theater’s budget untouched. The two sides came to a compromise: Regev would not touch Al-Midan’s budgets for 2016 and 2017, meanwhile the theater would agree pull its petition.

The workers of Al-Midan are now going on strike, claiming that Regev has simply ceased transferring funds since March 2016, and that they are missing the NIS 2.2 million promised to them. 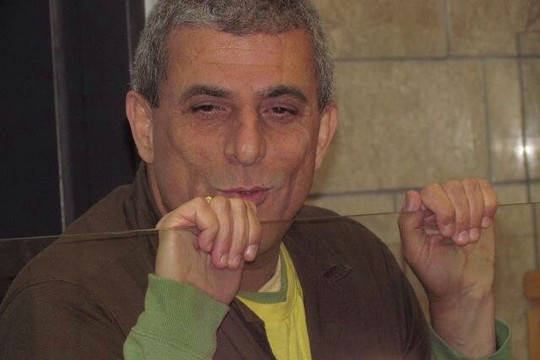 Palestinian prisoner Walid Daka, in a court hearing on his right to reunite with his wife and child. (Sana’a Daka)

Regev chose World Theater Day to say that she “will not fund a theater that endorses terror,” all while she commits terrorism against cultural institutions and threatens to pass a “cultural loyalty” law in order to control artistic funding. Oh, the irony.

Let’s put things on the table: Daka, who was put on trial and convicted of his involvement in killing a soldier, is a political prisoner. He was not present during the killing, as was stated in the court’s ruling — the same court that sentenced him to life (President Shimon Peres later commuted his sentence to 35-37 years). Daka’s request for a second trial was rejected. Yes, the theater has the same role as all other forms of art: to publicly challenge and criticize the regime. And in this case, a Palestinian theater happens to be criticizing an occupying regime.

By not transferring the money to Al-Midan, Regev is simply withholding funds that legally belong to the Palestinian public in Israel — funds that the public has paid for with tax money.

The extremist policies put forth by Regev are no surprise. As Palestinians, it is clear to us — since a many of our parents went to schools where the principals were appointed by the Shin Bet — that Regev is only looking to continue and impose a Zionist ideology on us, this time by controlling the our culture. She is doing this in the hopes that it will prevent us from continuing to develop our independent national consciousness. Regev uses control over budgets like a whip, striking anyone she deems a national threat whenever she pleases. 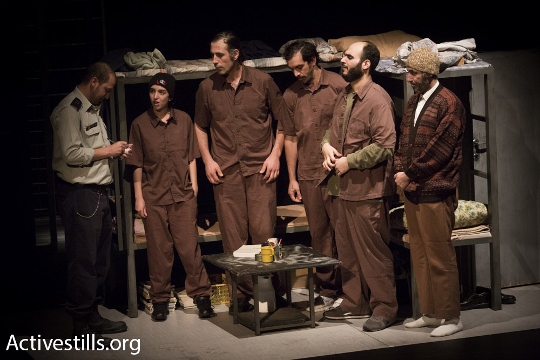 A scene from Al-Midan Theater’s production of ‘A Parallel Time.’ (photo: Activestills.org)

Any relation between the word “culture” and Miri Regev is pure coincidence. But when Regev tries to harm the livelihood of Al-Midan’s workers by withholding their salaries, all of a sudden the relation between the culture minister and the term “culture” becomes more logical. Why? Because Regev is committing cultural terrorism: she is putting people’s livelihoods at risk — people whose only sin is holding different political principles than her.

Regev is a cultural terrorist, and it is time that all those who believe in freedom of expression begin to internalize this fact. Supporters of Regev are, in fact, championing an opportunistic tyrant: they use all kinds of strange arguments to justify their support for someone who directly harms others — only because they gain from it. One cannot support Miri Regev and claim to support neither art and artistic freedom, nor freedom of expression and basic, universal principles.