The Pride Parade has become a litmus test of enlightenment for politicians. But clinging to that symbol is dangerous in that it disconnects the parade from its actual context — the LGBTQ community’s struggle for equal rights. 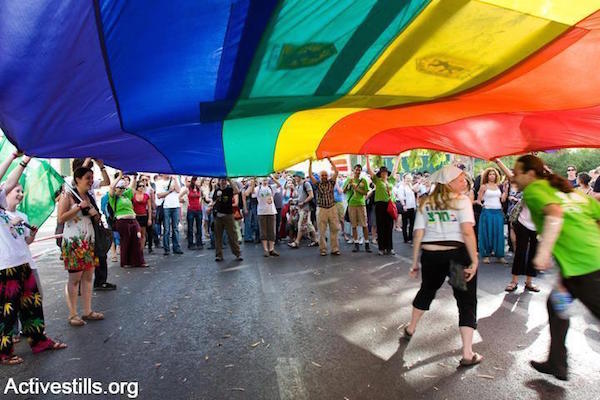 In a video question-and-answer segment produced by Haaretz this week, Arab actress and singer Mira Awad interviewed Balad party chairman Jamal Zahalka, and in her second question, asked him about the Gay Pride parade. It was no surprise that the program’s editors couldn’t help but lead the program with the pride question. A few moments later Awad asked about polygamy.

Polygamy is a real problem. As is violence and oppression of women and those with non-conforming gender identities. That is why I oppose the use of polygamy and homophobia as a weapon for attacking Arab society as a whole, and specifically the Joint List. Such attacks do not advance the feminist and queer struggles — quite the opposite.

Mentioning the Pride Parade has become a litmus test of enlightenment. So when Mira Awad asks Jamal Zahalka about Pride, she isn’t really asking him about the parade. In reality she is saying: make up your mind, Jamal. Are you part of the enlightened world or the primitive world? Make up your mind. Are you a progressive, enlightened man, or are you stuck in fundamentalism? 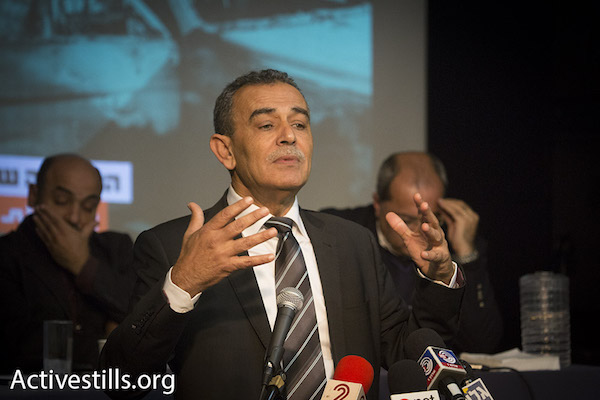 It’s important and legitimate to ask the heads of political parties about their agendas and platforms on social issues. However, it would have been possible to ask a million more topical questions, more urgent and more important questions: What do you think can be done in order to reduce suicide attempts among youths with non-conforming gender identities? What is your position on homophobia in society? How will you vote on adoption for same-sex couples? How do you propose tackling employment discrimination against transgender individuals? How do you feel about women’s liberation in general? What is your opinion on the restrictions on abortion in Israel? How will you ensure financial independence and increased employment opportunities for women in outlying towns and villages? Regarding surrogacy, how do you balance the conflict between parents’ rights and the conditions of women in the third world?

Clinging to the Pride Parade is dangerous in that it disconnects the parade from its actual context — the LGBTQ community’s struggle for equal rights in society. Instead of focusing on that, it becomes a tool for proving one’s enlightenment and has become a symbol of belonging to the West. It is dangerous because no small number of societies and countries have jumped at the chance to exploit it — to disconnect homophobia and LGBTQ rights from LGBTQ individuals themselves, to turn it into a mark of Western identity. That is exactly what the regime in Russia is doing: when it wants to oppose the West, it acts against LGBTQ issues, individuals and communities. That is a dangerous trend for us.

It is an even more ridiculous question considering that in recent years the Pride Parade has become a consumerist festival, whose context and connection to the struggle for LGBTQ rights is a borderline secret for those in the know. In reality, Mira Awad is asking MK Zahalka: What is your opinion of corporate parade floats with near-naked boys dancing to the beat of annoying club music, accompanied by tens of thousands of sweaty revelers? 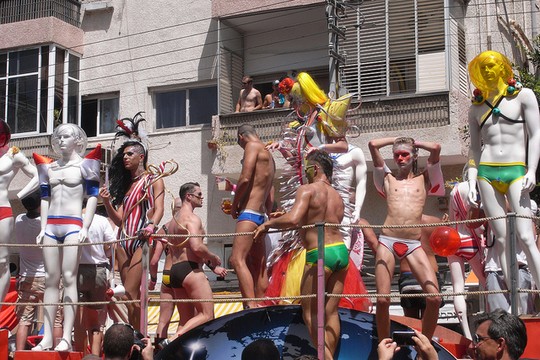 So yes, a lot of us continue to go to Pride out of nostalgia for more political times. It can be amazing to see so many LGBTQ people in the streets. To many LGBTQ individuals it is an emotional and liberating experience, certainly if it is their first time. Outsiders generally need historical explanations in order to understand the Pride Parade — even if they aren’t hopeless homophobes, but just ordinary people; especially if they grew up in cultures in which Pride is an established institution.

I’m not trying to be apologetic about sexism, homophobia or transphobia. It’s important to pose questions on those issues to Knesset members — Arabs and Jews, secular and religious. It’s a shame that nobody asks them. None of the questions I posed in this article have been asked seriously of politicians. It is clear that they are carefully formulated and asked in a way to push the interviewee into a corner. Suddenly, newspapers and media outlets that have never before dealt with sexism and homophobia are bringing up these topics at every opportunity. Make no mistake — our rights and our lives do not interest them for even one moment. They are using us in order to embarrass and delegitimize Arab Knesset members.

They present the Arab MKs with a Catch 22 in which they can either come off as homophobes, or run the risk of losing the support of the conservative and traditional publics they represent. One could argue that as elected officials they have a responsibility to introduce positions that might be challenging for their constituents, that they have the power to influence the discourse. That is a cynical argument considering Jewish society’s intransigent efforts to eliminate any public influence Arab MKs might have. It is enough to recall the witch-hunt against MK Haneen Zoabi, a feminist woman. Where were all those who are now worried about polygamy and Pride?

We don’t have a shortage of political parties that support the Pride Parade and even send representatives to take part in it — political parties that also support attacks on Gaza. Let’s do some simple math: over 2,000 people were killed in the last attack. Let’s assume that 10 percent of the population is LGBTQ. If so, it is safe to assume that more than 200 LGBTQ individuals were killed, with the full backing of those very same politicians who showed up with their dancing shoes on at recent pride parades. Hundreds more were wounded, lost their families, their loved ones. I don’t know their names or their life stories. But I do know that they exist, or that they existed. I think about them.

One of the most wonderful things about being a lesbian is having an identity that traverses national and ethnic boundaries. Everywhere in the world, I can find my community. It’s as if I’m part of a tribe that exists everywhere. That sense of belonging adds to the sense of borderless solidarity. Of course there are LGBTQ individuals who first and foremost identify with their nationality. Their solidarity begins and ends at national boundaries — it’s called homo-nationalism. Luckily, not all of us are like that. My identity and life experience as a feminist, lesbian woman are central to the formation of my world view and my commitment to the end of the occupation, civil equality, and social justice. As part of that world view I support the Joint List.

Inna Michaeli is a feminist activist and a PhD student of Sociology at the Humboldt University of Berlin. This article was first published on +972’s Hebrew-language sister site, Local Call. Read it in Hebrew here.