Following the Balfour Declaration, two academics set out to understand what the people of Palestine wanted for their own future. What comes across from their report is the recognition that local, in this case largely Arab, opinions mattered. The British and French were undeterred. 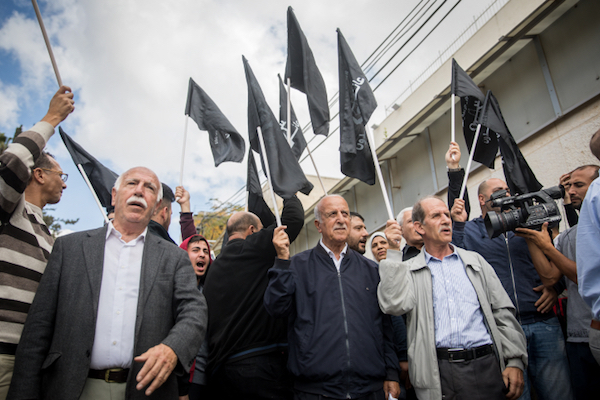 In 1919, following the first World War, the victorious Allied Powers met in Paris to remake the world. The prime ministers of Italy, France, and Great Britain as well as U.S. President Woodrow Wilson, collectively known as “The Big Four,” were the decisive diplomatic players at the meeting. Under their leadership, the lands of the defeated Central Powers were picked apart. The Austro-Hungarian Empire was dissolved into smaller central European nations. Germany lost territory and was served with an extremely punitive and expensive peace treaty. In several cases, the triumphant Big Four parceled out bits of land to themselves.

It was in this context of post-war imperial conquest that the fate of the Arab lands of the defeated Ottoman Empire was decided.

During WWI, the Allies had overcome the Ottomans with the important assistance of local Arabs who had rebelled against Turkish rule. Among these formerly Ottoman subjects was Emir Faisal, the son of Sharif Hussein of Mecca. Faisal arrived in Paris seeking assurance that the British would honor the commitment they had made to his father: post-war independence for all the Arab lands that had been liberated from Turkish control.

The conference also heard from Chaim Weizmann, a leader of the British Zionist movement. Weizmann argued for the establishment of a Jewish homeland in the Arab territory known as Palestine. During his presentation, Weizmann cited in its entirety the Balfour Declaration –the 1917 promise made to the Zionist movement by British Foreign Secretary, Lord Balfour, stating that the British government favored the establishment of a Jewish Homeland in Palestine.

It was exactly this conflicting maze of treaties and agreements that led to the outbreak of the World War. And it was with the very aim of preventing another such calamity that in 1919 Woodrow Wilson proposed the foundation of a League of Nations — a body designed to bring international diplomacy into the light of day and rule of law. Wilson believed that by promoting international agreement and democracy, sovereignty, liberty, and self-determination, an environment for a lasting peace would be created. Wilson, therefore, did not arrive in Paris with an agenda of expanding U.S. territory in the East, but with the idea that a lasting peace was achievable and the best outcome.

So when the Ottoman question arose, Wilson made a proposal in keeping with his ideal of self-determination: ask the people who live there what they want. This was, of course, an idea completely alien to the imperial ambitions of France and Britain and certainly out of place at the Paris conference, where the unofficial motto was, “to the victor belong the spoils.” Yet Wilson was not daunted by the radical nature of his suggestion. Instead, he declared that the newly liberated Arabs should shape their own destiny and that any settlement “of territory [or] of sovereignty [should be determined on] the basis of the free acceptance of that settlement by the people immediately concerned.” 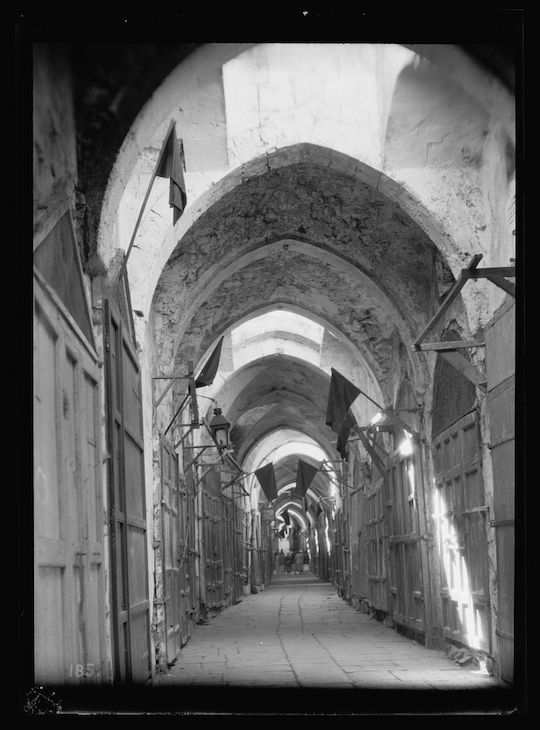 With that, Wilson commissioned the first survey of Arab opinion. In June of 1919, an American commission, led by the president of Oberlin College, Dr. Henry King, and a businessman and diplomat named Charles Crane, arrived in the Mediterranean coastal city of Jaffa to begin the first-ever Arab public opinion survey. The Commission traveled throughout what was then known as Greater Syria, including modern-day Lebanon, Syria, Jordan, and Palestine. They visited three dozen towns, met with representatives of 442 organizations and received nearly 2,000 petitions. At each stop they tried to ascertain what the local population wanted for their political future — to be independent or placed under the mandate of a foreign power. They asked how the people viewed British and French plans to divide their region. They also questioned local populations about Britain’s intention to support the Zionist goal of a “Jewish Homeland” in Palestine. At the time, the population of the region in question was 3,247,500, of whom 2,365,000 were Muslim, 587,560 were Christian, 140,000 were Druze and 11,000 were Jewish.

The results were particularly adamant on certain issues. Among them: “The non-Jewish population of Palestine – nearly nine-tenths of the whole – are emphatically against the entire Zionist program […] There was no one thing upon which the population of Palestine were more agreed than upon this.” This feeling was also shared by the broader population of the entire Arab East: “Only two requests – those for a united Syria and for independence – had a larger support,” continued the King-Crane report.

Based on the responses of the local populations, the King-Crane report made a series of suggestions. With regard to the fate of Palestine, they suggested that the Zionist project, to which they had been initially sympathetic, should be dramatically scaled back — both by limiting Jewish migration and by dismissing the eventual goal of a Jewish state in Palestine.

The report’s suggestions continued on for pages on certain specific issues, but strikingly, what comes across is the recognition that local, in this case largely Arab, opinions mattered. Like Wilson, King and Crane fully accepted that imposing policy against the will of the population would generate massive resistance. However, the British and French — old hands at the colonial game — were undeterred.

Lord Balfour, for one, sharply rejected the Wilsonian approach. “In Palestine,” he declared, “we do not propose even to go through the form of consulting the wishes of the present inhabitants of the country, though the American commission has. [. . .] Zionism, be it right or wrong, good or bad, is…of far profounder import than the desire and prejudices of the 700,000 Arabs who now inhabit that ancient land.”

In the end, Lord Balfour had his way. Instead of independence, boundaries were drawn, dismembering the Arab East and creating British and French spheres of influence over the newly created states of Lebanon and Syria (France) and trans-Jordan and Iraq (Britain) as well as Palestine (also to the British, with the understanding that it would become the “Jewish Homeland”).

These deplorable actions by the imperial powers set the stage for the multiple conflicts that have plagued the region ever since. As British Foreign Secretary Jack Straw told the New Statesman in 2002: “A lot of the problems we are having to deal with now, I have to deal with now, are a consequence of our colonial past […] The Balfour declaration and the contradictory assurances which were being given to Palestinians in private at the same time as they were being given to the Israelis — again, an interesting history for us but not an entirely honourable one.”

And so, the 100th anniversary of the Balfour Declaration is not cause for celebration. Rather it should prompt us to recall the grave injustice that imperial acquisitiveness and racist insensitivity have done to an innocent Arab nation. Their rights and opinions were ignored and as a result the last 100 years have been marked by unceasing conflict and suffering. This is the shame of Balfour.