By sentencing Palestinians convicted of murder to death, the Israeli Right will only bring the mutual cruelty between Jews and Palestinians to another level. 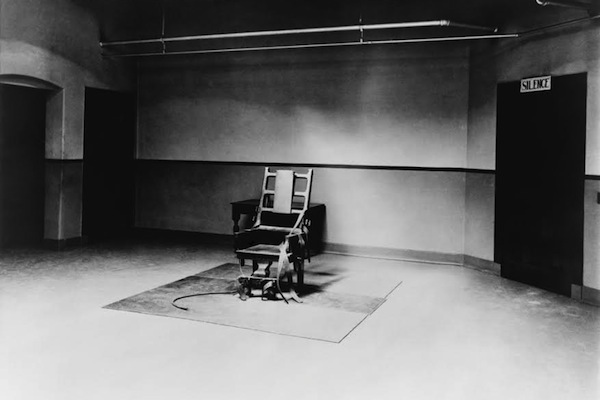 No one really wants to look back and learn anything from history. Every colonial regime convinces itself at some point to raise the level of brutality in order to force the natives to accept their situation. It seems like this is the path we must also take.

Avigdor Liberman’s party is promoting an initiative that would allow military tribunals to sentence terrorists who were convicted of murder to death. Naftali Bennett’s Jewish Home party already announced it would back the bill, as did some Likud ministers. This was kind of expected. After all, the Right has been calling on IDF soldiers to open fire on Palestinian stone-throwers, which can itself become an informal death sentence.

In fact, the military regime in the West Bank has the legal option of using the death penalty, but the prosecution rarely demands it, and rightfully so. The new bill is intended to change this policy and allow a majority of justices to sentence people to death (as opposed to a unanimous decision, which is the current requirement). However, capital punishment does not prevent acts of murder; even the Americans are starting to internalize this fact. It surely will not deter Palestinians. Those who were willing to carry out suicide bombings will also be willing to take the risk of being hanged.

Imposing the death penalty in Israel, aside from the inevitable international drama that would accompany any sentence, will bring the mutual hatred and cruelty between Jews and Palestinians to another level. The British learned this lesson not long ago.

In 1947, the Irgun Jewish underground group kidnapped two British sergeants, Sgt. Clifford Martin and Sgt. Mervyn Paice, threatening to kill them if the death sentences passed on three Irgun militants were carried out. The three had been captured by the British during a prison break, tried, and convicted on charges of illegal possession of arms, and with the “intent to kill or cause other harm to a large number of people.” When the three men were executed by hanging, the Irgun killed the two sergeants and hung their booby-trapped bodies in a eucalyptus grove. Menachem Begin even wrote an open letter to one of the fathers of the sergeants, in which he blamed the British government for the incident.

Will an Israeli mother receive such a letter from Hamas in the coming years?

After the bodies of the sergeants were discovered, British officers and soldiers took vengeance on passersby in Tel Aviv, beating and shooting them. Five Jews were murdered, and a wave of anti-Semitism engulfed Britain. The British government, on the other hand, ceased using capital punishment in Mandate Palestine.

I don’t expect much from the Right in the Israeli Knesset. But other parties, especially Labor and Yesh Atid, who have recently decided to join the populist, nationalist chorus must come out in opposition to the death penalty.