The military prosecution produces an unseemly requirement in order to allow access to appeal files: a commitment that no one will file a civil suit against the state. 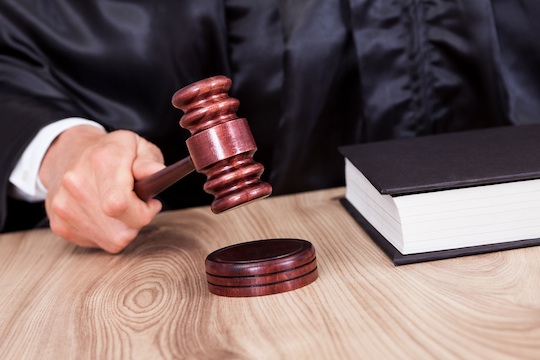 In the last few days, the High Court of Justice leisurely reviewed a petition that Yesh Din, along with Hamoked: Center for the Defense of the Individual, filed two years ago. The petition deals with an unreasonable procedure presented by the Military Police Criminal Investigations Division (MPCID) in May 2010, i.e. more than three years ago. What is it about? Nothing serious, just the decision that if you consider suing the IDF for some injury caused to you, or even if someone else considers doing so, you will not be able to appeal the decision of the MPCID to close the relevant criminal case. Or, rather, you could appeal, but it will be an empty gesture since you’ll have nothing on which to base your appeal.

It sounds complicated, so let’s look at an example. A. and M., residents of Ramallah, find themselves at a checkpoint manned by particularly bored IDF soldiers. The soldiers beat them, humiliate them in public, and cause them medical and financial damage. The case is fictional, but similar cases take place often.

A., who always had a soft spot for lost causes, decides to press charges against the soldiers. Meanwhile, M. is worried about his new medical bills, so he turns to an attorney, who – without coordinating with A. – files a Notice of Damage, i.e. informs the IDF that M. is not yet certain whether he wants to sue them, but he reserves himself the right to do so. Filing a Notice of Damage is necessary for people living in the West Bank if they intend to sue in the future.

According to the MPCID’s procedure from May 2010, as soon as M. files his Notice of Damage, which may or may not ever mature into a civil suit, A. automatically loses the right to receive the investigative materials necessary to appeal the MPCID’s decision that everything was hunky dory at the checkpoint that day. This is how Captain Guy Comforti, the MPCID’s legal counsel, explains the procedure by which MPCID will share its closed investigation files with victims or their attorneys: “Assuming the case is involved in any legal procedure (related to the Military Prosecution or the State Prosecution), the applicant will receive a note informing him of it, and that no relevant details from the file may be shared.”

What does this mean, translated from Bureaucratese? It means that if there is any hint of a chance that a person harmed by the IDF might sue the state demanding monetary compensation, MPCID will not provide him with his case’s investigative file. Furthermore, it will not serve him the file even if he did not file a civil suit, but just wants the soldier who abused him to be punished by being held on base two hours later than usual. That is, in order to defend the state from the possibility that it may actually have to compensate the people it harmed, MPCID will prevent victims from accessing the evidence – material for which it is the exclusive body in charge of gathering (aside from the absurd cases when MPCID demands that we gather evidence for it, on which I’ll write in a future post.)

The MPCID and military prosecution no longer even pretend to protect the rights of Palestinians: if you dare demand what you deserve, you won’t receive the relevant evidence. But there’s another problem here: that of time.

A normal civil suit is settled even more slowly than criminal legal procedures, and may take years to conclude. During this time, no appeal can be made regarding the decision to close a criminal case in which soldiers are suspected of abuse, pillage or murder. Since an appeal would be impossible, even though the investigative negligence may stink to high heaven, the meaning of the government’s self-defense against civil suit is that criminals avoid facing justice.

Cynics would say that that is precisely the point: killing two birds with one stone. The less cynical would say that unfortunately, this possibility does not seem to bother the organization called the Military Police Criminal Investigation Division. Let’s hope it bothers the High Court.