Slowly but surely, the process of shedding democratic characteristics in favor of ‘ethnocratic’ ones is becoming clearer and clearer for all to see. 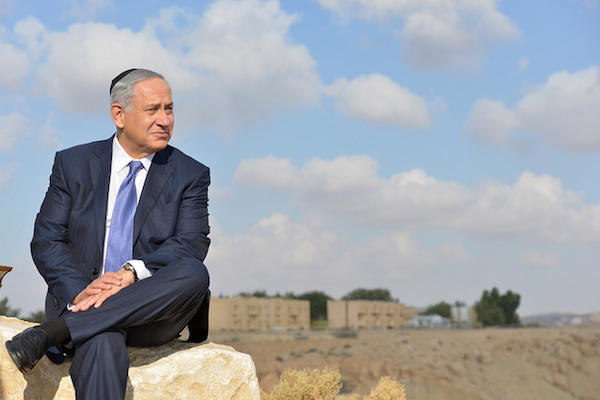 Over the last few weeks we have heard about the collapse of the delicate duality the Israeli government has been trying to preserve for years. It is the duality of occupation at home and democracy for abroad, religious coercion at home and a booming high-tech industry abroad, the stabbing at Jerusalem’s pride parade and pinkwashing abroad. It is a strategic duality. It allows Israel to play a part in the community of enlightened nations. It has enormous benefits like trade agreements, the ability to purchase advanced weaponry (and tacit approval of nuclear armament) and the right to participate in the coalition of the virtuous allies fighting against jihadist Islam.

Netanyahu understands well the value of this duality. He proudly speaks of values Israel shares with Europe. He hints that the U.S. and Israel share the status of God’s chosen nations. He speaks of LGBT rights in Israel. But most often Netanyahu mentions that Israel is “the only democracy in the Middle East.” These statements are a first-rate foreign relations tool. This is what Israel has to sell. As Amos Kenan said once, no one will weep for the death of a Jewish Effendi. If Israel’s values resembled its neighbors, it would be thrown to the dogs just like them.

The last few weeks have therefore been a nightmare for Israeli foreign relations: Israel’s brutalization won over hasbara (PR or public diplomacy). A day after the attacks in Brussels, which killed 31 people, Israeli Intelligence Minister Yisrael Katz joked on Army Radio that Belgians should stop eating chocolate and instead focus on Muslims in their communities who are involved in terrorism. Israel’s Science and Technology minister, Ofir Akunis, mocked EU foreign policy chief Federica Mogherini for crying at a press conference after she got word of the deadly terror attacks in Brussels. Some of the online responses of so many Israelis who ridiculed the Belgians and rejoiced at their misfortunes were translated and circulated around the world.

We can add to the hasbara disaster of the last few weeks the government’s surrender to the ultra-Orthodox by advancing bills that bar Conservative and Reform converts from using public Israeli mikveh (ritual baths) and reversing course by opposing a separate and egalitarian prayer area at the Kotel. Both these issues illustrate to American Jewry (yet another strategic asset of Israel) how flawed Israel’s religious liberty is.

The highlight of the collapse of this delicate duality came when an Israeli soldier was filmed shooting dead a wounded Palestinian man. But worse yet were the recorded nonchalant responses of the soldiers surrounding him. This is an Israeli PR disaster. It is an expression of the penetration of Israeli society’s public brutalization into the army. Anyone who watched the fiery criticism of the IDF’s Chief of Staff for saying that he would not “want a soldier to empty a magazine on a girl with scissors” should not be surprised when soldiers act like mobsters and not like army soldiers.

We can add to the collapse of the fragile duality various “loyalty” bills. The “Anti-Boycott Law,” which penalizes persons or organizations that call for economic, cultural, or academic boycotts of Israel or its settlements. The “NGO law” outs left-wing organizations critical of the government and the occupation and paints them as suspect of being foreign agents. And the “Jewish Nation-State Law” institutionalizes discrimination against Arabs by allowing preferential funding of education, local authorities, third sector organizations and Jewish religious institutions which foster Jewish national heritage. None of these bills won Israel points as “the only democracy in the Middle East.”

Slowly but surely Israel is failing to conceal the process in which it gradually sheds its democratic characteristics in favor of ethnocratic one. This is the process in which (nationalist Orthodox) Judaism replaces citizenship as the organizing principle of the state’s politics and ethics. This is an internally destructive process and it will cause the isolation of Israel from its allies in the world.

Another tragedy is the lack of opposition to this process. On the contrary, except Meretz, representatives of the Zionist Israeli opposition are excited to join in the pathetic effort to curry favor with the brutalizing masses. The Labor Party will go down in history for this shame.

Tomer Persico is a Research Fellow at the Shalom Hartman Institute. Maya Haber is the Director of Programming and Strategy at Partners for Progressive Israel.