As part of a welcome digitization process, the Israel State Archives will soon revoke access to original paper documents, and the documents it puts online will be subject to military censorship. But academics and civil liberties groups are fighting back. 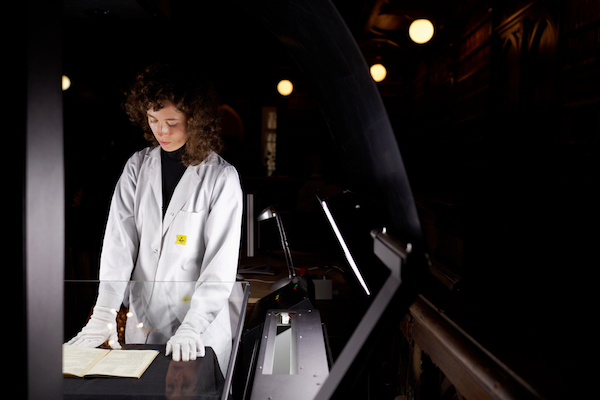 Illustrative photo of the digitization of archives. (Lilyana Vynogradova / Shutterstock.com)

Israel’s State Archives (ISA) will no longer give researchers and the public access to its historical materials and documents once it starts putting digitized documents online. Furthermore, and documents it does release will be subject to review by the country’s military censorship apparatus.

Currently, the military censor does not review every document given to researchers.

The changes at the State Archives will lead to a serious reduction in the availability and exposure of historical documents, the burying of documents that have already seen the light of day, and conducting historical research in Israel will become far more difficult than it is today, academics and legal experts are warning.

The new restrictions, which are scheduled to be implemented in the coming days, were formulated behind closed doors and are being presented as a benign digitization project.

The changes were revealed for the first time at the end of February, when letters began appearing in the State Archives’ viewing room in Jerusalem, announcing “ending the use of paper files.” The letters, signed by State Archivist Yaacov Lozowick, said that the State Archives plans to launch its new website in April and that it will include more than 10 million scanned pages (a mere 2.5 percent of the 400 million documents in the archive).

Lozowick wrote that the public will be able to request specific documents be scanned within two weeks (it currently takes two days to request a paper document). The letter also notes that “as part of the preparations we will have to cease providing original paper documents.” (The original Hebrew document can be read here.)

Quite ironically, the notice about revoking access to paper archive documents appeared only as a printed letter and not on the State Archives’ new website, which has since been launched. 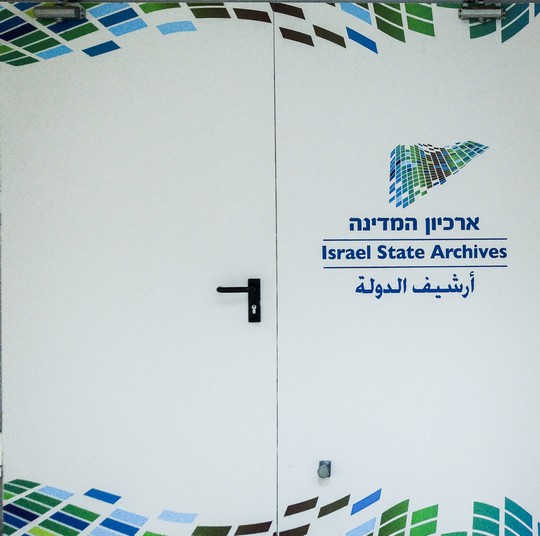 When the changes were announced, a group of researchers asked for and held a meeting with Lozowick. “We’ve known about the multi-year digitization plan for a long time, but this was the first time they said that the provision of paper documents would cease, not to mention the matter of the censorship,” said Noam Hofstadter, a researcher at the Akevot Institute for Israeli-Palestinian Conflict Research.

The law that regulates Israel’s State Archives obligates the state to publish documents from various government ministries and branches 15 years after they first enter the archives. After 15 years (or longer under certain circumstances) a special ministerial committee can decide to keep specific documents classified based on national security, foreign relations, privacy or maintaining trade secrets. In reality, however, the committee has not met in eight years and it is the state archivist himself who decides whether or not to publish historical documents. We have already seen cases recently in which the State Archives has decided to re-classify documents that were already published.

“What the state archivist told us is that because the Internet is going to become the only channel for viewing documents, releasing documents will be considered publishing them according to the censorship regulations, which means that there will be another body filtering the release of documents,” Hofstadter added. “The state archivist confirmed to us that even documents which have already seen the light of day will go back to being classified.”

“We expect that those people in the State Archives who decide what to publish or not to publish will treat the documents differently now that they know they will be online, indexed by Google, and not just accessible to those researchers who physically come to the archives,” he added.

The Akevot researcher also said the state archivist admitted that scanned documents relating to state security have been scanned and published online without the approval of the military censor, and that in hindsight, the State Archives believes that it broke the law in doing so. 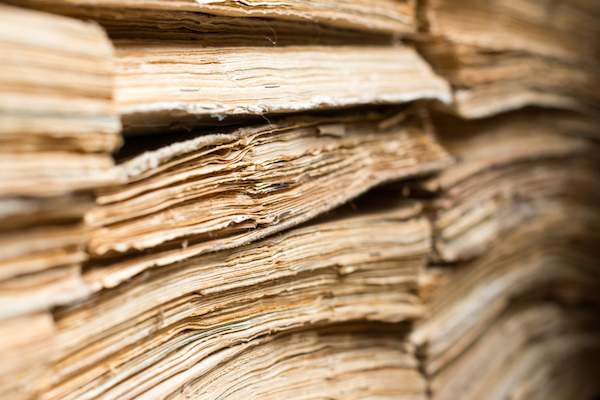 In the letter the Association for Civil Rights in Israel sent to Lozowick last week, Attorney Avner Pinchuk criticized the fact that a process as significant as revoking the public’s access to the physical archives was done without any public debate or announcement, and even without consulting the Higher Archives Council. (No such discussion appears in the council’s published protocols.)

Regarding the matter of censorship, Pinchuk argues that, “as opposed to news media outlets, which [regularly] fight the Censor over the right to publish sensitive information, one cannot reasonably expect the State Archives to be able to or even want to act similarly.” Likewise, the letter continued, the arrangements for censoring archive documents do not contain the usual mechanisms for resolving disputes with those who want to publish censored information.

The letter from ACRI adds that the current censorship regulations forbid mentioning that certain information has been barred for publication, which means that someone accessing the digitized archives will not even know a document has been stricken. The IDF Censor has been widely criticized recently for attempts at extending its reach into social media and other digital media. We wrote here about how +972 was affected by such an over-reach by the IDF Censor earlier this year.

Also opposing the new arrangement in the State Archives are dozens of members of Israeli academia — deans, heads of university departments dealing with history, the Middle East, Judaism, and more —who recently signed a petition against revoking physical access to paper archive documents.

“It is important to note that digitization is a good thing,” wrote Dr. On Barak, a senior lecturer at Tel Aviv University’s department of Middle Eastern and African history, a member of the Social History Workshop, and a leading voice in opposing the archival changes. “We aren’t just a bunch of old professors nostalgic for the smell of paper. As somebody who has worked in various archives I can say that in other places that are undergoing digitization they are preserving access to the paper documents, even if there’s less demand for it. Only in Iran did the digitization process lead to cutting off access to the paper files.”

According to Barak, there have been numerous studies in recent years about the necessity of preserving access to original paper archive documents. Among other reasons, access to physical documents is so valuable because thumbing through documents or skimming through a book can help find relevant information much faster than advanced digital searches. Furthermore, original paper documents can be valuable because of the way they were arranged, the other documents that were placed with them, and even the hand-written annotations or attached notes that can be lost in the scanning process. It is important, therefore, to be able to compare scanned documents with the originals.

“All of that was done without any consultation, public debate or feedback from end users,” Barak said. “Already the archives law is being used to bury [documents] that would otherwise be easily accessible via the freedom of information law. And yet, if they only said that the unscanned documents would be viewable, and if they spoke to those professionals who will be carrying out the scanning and digitization, I would be satisfied. It is clear that a compromise is necessary here.”

According to Hofstadter, Lozowick told him the main reason paper documents will no longer be accessible is budgetary and related to limited manpower resources. “Even in the optimal case the State Archives only expects to scan everything in its possession within 30 years’ time. Can’t they push that to 40 years and leave the public viewing rooms open?”

The Israel State Archives did not respond to our request for comment at the time of publication. Its response will be published here if and when it is received. [Update, April 13: I conducted a full interview with the state archivist, Yaacov Lozowick. Read it here.]

Correction [April 13]:
An earlier version of this article suggested that all documents that the State Archives scan and publish online will be sent for review to the IDF Censor. In reality only those documents deemed to relate to security matters must be sent for censorship. The error did not appear in the original Hebrew article and took place in translation.