When it comes to Jewish terrorism the Shin Bet is either ill-equipped or totally uninterested in preventing attacks against Palestinian civilians. 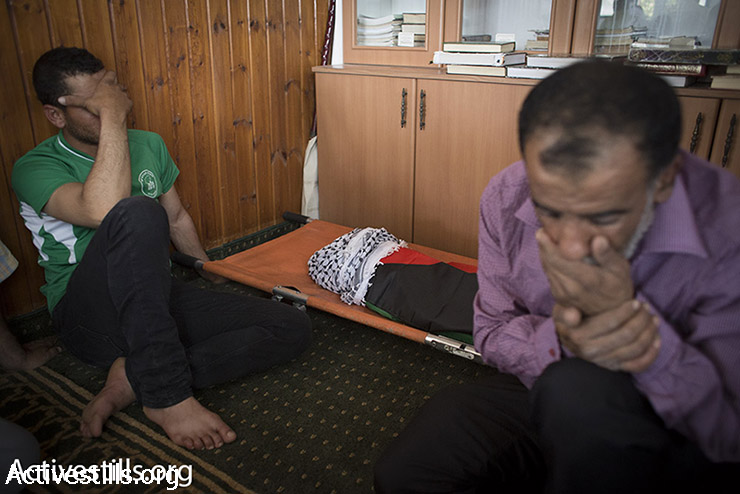 After months of seemingly never-ending promises by Israel’s defense establishment, a number of Israeli youths have been arrested in connection with the arson attack in the West Bank village Duma last summer, which killed three members of the Dawabshe family.

Several young Israelis were detained for questioning in recent days over their connection to Jewish extremist organizations, says the Shin Bet following the partial lifting of a gag order. Their identity still remains under gag order.

Gag orders are commonly used in cases of Jewish terrorism, a courtesy hardly extended to Palestinian subjects of military rule. In fact, at any given moment there are hundreds of Palestinians, including minors, who Israel holds without trial. Their existence is no secret, and there is no gag order hovering over their cases. Yet how often do they make it to the front page of newspapers?

The Duma arrests come just months after Defense Minister Moshe Ya’alon first claimed he knew who was responsible for the attack, yet abstained from putting anyone on trial so as not to expose the defense establishment’s source’s in court.

In fact, in the days following the attacks, Israeli authorities announced they had put three alleged Jewish extremists, two of whom are U.S. citizens, into administrative detention (a tool for imprisoning somebody without trial). The state has never actually connected those three men to the Duma murders, which makes the use of administrative detention all the more alarming.

The Duma attacks, which took the lives of 18-month-old Ali Dawabsha, as well as his mother Reham and her husband Sa’ad — leaving their four-year-old son, Ahmed, without a family — rightfully brought the issue of Jewish terrorism to the forefront of the Israeli public discourse. Yet the question remains: does the Israeli security establishment actually do everything it can to bring Jewish terrorists to justice? 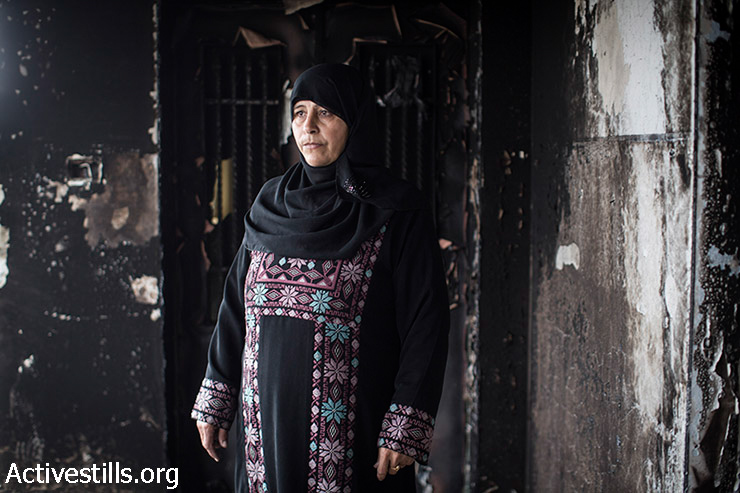 Huda Abu Ranni inspects the damage to her home, which was attacked and burned by suspected Jewish extremists using petrol bombs, in the village of Abu Falah, northeast of Ramallah, on November 23, 2014.

It is no secret that Israel’s security services have spent the last 67 years treating Palestinian terrorism with utmost seriousness. Through building a wide network of informants, the Shin Bet has been successful in capturing or killing Palestinians who have either planned or participated in terror attacks against Israelis (“I didn’t want any more live terrorists in court…In the war against terror, forget about morality,” former Shin Bet head Avraham Shalom famously told Dror Moreh in the Oscar-nominated documentary, “The Gatekeepers”).

When it comes to Jewish terrorism, however, it seems the Shin Bet is either ill-equipped or totally uninterested in preventing attacks against Palestinian civilians.

Case in point: according to Israeli human rights organization Yesh Din, there have been 18 cases of arson attacks on Palestinian homes in the West Bank since 2008. This number refers solely to the number of incidents recorded by the organization.

Among these cases, police investigated 15 of the attacks (in three cases, the victims decided not to file a complaint). According to Yesh Din, only one arson attack — the burning of a Bedouin family’s tent near Ramallah in August 2015, just weeks after the Duma attack — ended in indictment. Ten of the cases were closed without any indictments; the others are still being investigated.

Furthermore, out of the 1,026 cases being handled by Yesh Din over the past 10 years, 940 cases (91.6 percent) were closed without any convictions. Only in 75 cases (7.3 percent) were individuals indicted handed down.

It doesn’t help that some of the most notorious Jewish terrorists that have been caught were later given clemency from the Israeli state. In the 1980s, a terrorist organization called “The Jewish Underground” — formed by prominent members of the Israeli settler movement, Gush Emunum — carried out a series of terror attacks, including car bomb attacks against Palestinian officials. The group also planned to blow up six Arab buses full of Muslim worshippers in Jerusalem, a plot that was foiled by the Shin Bet.

Their sentences were controversially commuted three times by then President Chaim Herzog and they were released after serving less than seven years. In 1984, three of the members, Menachem Livni, Shaul Nir and Uzi Sharbav, were given life sentences for their involvement in terrorism, sentences that were commuted by 1990. After their 1990 release the three were hailed as “heroes” by leaders of the Gush Emunim movement.

In 2015, Ofer Gamliel, who belonged to the radical “Bat Ayin Underground” group and was sentenced to a 15-year prison term for a failed 2002 bomb plot against an Palestinian girls’ school in the Jerusalem, was released from prison — more than two years before the conclusion of his sentence.