The Palestinians put forward a Security Council resolution calling for the end of the occupation by 2017. The Obama administration, which has supported essentially every Israeli policy toward the Palestinians, has promised to use its veto power.

The Kingdom of Jordan on Wednesday submitted a resolution draft to the United Nation Security Council, which calls for the establishing of a Palestinian state as well as a deadline for the occupation: 2017, two years from now. The proposal, which could be voted on at any time, was drafted by the Palestinian Authority in the aim of breaking the diplomatic impasse in efforts to establish a Palestinian state.

According to reports, should the Obama administration vetoe the resolution, the Palestinians will join dozens of international agencies, including perhaps the International Criminal Court – a move that may allow the court to hear future charges against Israeli officials.

The United States opposes the Palestinian motion. The Israeli media reported yesterday that Secretary of State Kerry informed Prime Minister Netanyahu and the Palestinian Authority that the U.S. will veto the resolution should it come to a vote. It seems that the Americans also object to a more modest resolution proposed by the French government. The French proposal is said to put forward several parameters for a final-status agreement, setting a two-year deadline for negotiations.

The idea of a deadline on the occupation is required to solve an inherent problem with the diplomatic process: it depends entirely on the Israeli will to make concessions. There is simply no incentive for any Israeli leadership (not just Netanyahu’s) to move forward, certainly not at a time when Israel enjoys relative calm and prosperity, as it has over the past decade. The negotiations are not balanced: one side is holding all the cards while the other depends on its good will; one side is in a state of emergency, and the other can ignore the issue altogether; one side gains international credit by merely agreeing to talk, while the other side of the deal — a Palestinian state — is only promised in the very distance future, if at all. 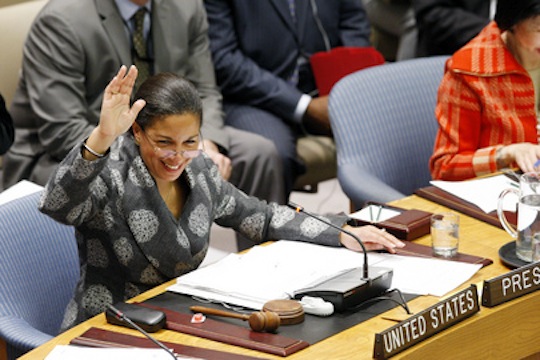 Millions of Palestinians have been living under military rule in the West Bank and siege in Gaza for almost 50 years. The lack of any form of Palestinian sovereignty directly affects millions more who are stuck in refugee camps and cannot be helped by their own people, even during a crisis like the Syrian civil war. It has been half a century since the 1967 war, and the Israeli government still has not made up its mind whether to leave the territories it captured and allow Palestinians their independence, or grant them full civil rights. Or perhaps it seems like the government has made up its mind to keep the land but not give the rights, thus treating the Palestinians as prisoners. The expiration date on this state of affairs is long overdue. In this context, allowing another two years for completing an agreed-upon process to end the occupation actually seems like a generous offer.

The problem is that the U.S. agrees with Israel on an entirely different framing of the problem: not how or when Israel should end the occupation, but whether it should do so at all, and under which hypothetical circumstances. For the two countries, the talks are a process through which Israelis need to be convinced that the Palestinians have rights, too.

In recent years I have attended and sometimes even spoken on various panels and forums on American policy vis-a-vis the conflict, including its failure to facilitate a peace deal between Israelis and Palestinians. In such forums one always get a sense of helplessness coming from the American side. What more can America do, people ask, to end the occupation? How can peace be so elusive? What went wrong with “the process?”

But in order to keep raising those questions, one must ignore reality. In truth it is the United States that holds everything together right now. When people think about American support for Israel they imagine the military aid and Iron Dome. But in fact, American administrations – every one of them – have created the diplomatic and political environment in which Jerusalem can carry out its policies. And when the chips are down, it is the American administration that shields Israel from the inevitable consequences of its policies, allowing Israeli leaders to make decisions that are not only immoral, but also carry disastrous consequences for all parties involved.

This is true for almost every step of the way. The United States boycotted the Fourth Geneva Convention Conference taking place this week, mainly because Israel does not accept the interpretation of its settlement activities as a violation of Article 49 in the treaty; the United States is vetoing Security Council resolutions on the occupation – even resolutions that are deliberately drafted using the State Department’s texts on settlements. And when Israel ran out of artillery shells during its latest war in Gaza, the U.S. opened its emergency bunkers in Israel to resupply the IDF. In short, one cannot think of any part of Israeli policy toward the Palestinians – the so-called status quo – that does not depend on the active support and participation of the United States.

This cooperation is a bit inconvenient for the administration at times, especially when it is trying to get the support of other Arab countries for its Middle East wars – and this is precsiely where the personal rift between the governments serves both sides. Obama and Kerry are able to distance themselves from the active role they are taking in aiding Israeli policies, and Netanyahu can score some points with its base for “standing up” to the U.S. But when things matter – like they do now in the Security Council or last summer in Gaza (and the war was all about maintaining the status quo) – the U.S. and Bibi are almost exactly on the same page.

Unlike UN resolutions, which Israel has learned to ignore, Security Council measures are binding, and can have very serious implications on states (just take a look at Russia or Iran). That’s why the Palestinians are trying to get the international community involved in a way that would require Israel to think about how to end the occupation, rather than whether to do it in the first place. But without American approval, nothing can move forward at the UNSC. When you look for the thing that is holding the status quo together, the American ambassador’s voting record at the UN is a good place to start.