The Jerusalem municipality has repeatedly refused to come up with master plans for its Palestinian neighborhoods. The result? It has taken to demolishing illegally-built homes.

By Michal Haramati and Sahar Vardi 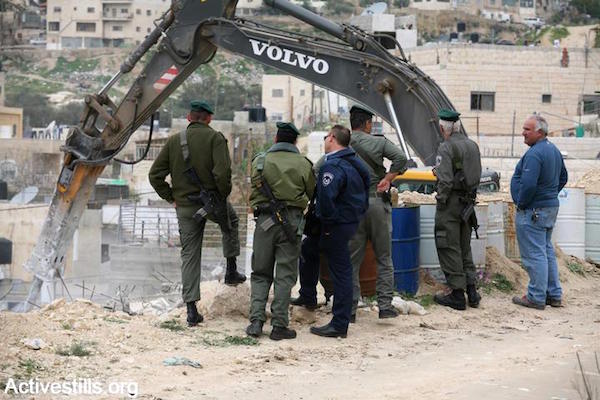 Forty Israeli Jews set out for a tour beyond Jerusalem’s hills of darkness last week, paying a visit to the neighborhood of Ein al-Loza in Silwan. The tour was led by members of the neighborhood committee, who for over a decade have been trying to receive the same treatment from the Jerusalem municipality as residents of West Jerusalem do. The past few months has seen a steady increase in fines and especially home demolitions — likely a result of Mayor Nir Barkat’s right-wing turn as part of his election campaign.

“Here is something that looks like a bus station,” Muntasar Abbasi pointed out to the group. “No bus passes here, but anyone who parks here will receive a fine.” The guides spoke about an increased presence of Border Police officers, who hand out fines in the name of Jerusalem’s municipality and the police in parking spots that have been there forever.

“After all, there are no signs that say where one can or cannot park, there are no sidewalks, streetlights, sanitation services, drainage, and the city doesn’t pave any new roads. We are working on creating a new plan with architects and engineers, we are getting the permission of all the landowners — and nothing. There is never any budget for East Jerusalem, all the money is invested in the western part of the city,” Abbasi adds. While municipality representatives understand these problems and come to meetings in the neighborhood, the municipality intervenes only when it comes to demolish homes and hand out fines. What do the residents what? Exactly what the government provides its citizens: regulation.

Dozens of people without homes

One of the new developments of the last few months has been that many homes in the neighborhood — which house approximately 1,000 people — have received demolition orders. Not a single neighborhood in East Jerusalem has a master plan — and without a master plan the city cannot grant building permits. Over the past decade, Ein al-Loza’s local committee came up with a number of master plans, yet the municipality rejected them without ever coming up with alternatives. In the past, residents whose homes are slated for demolition could submit an appeal to delay the demolition by months or even a year. Recently, this “tradition” has been replaced by a new one: no more delays. Three houses, home to seven families, have been demolished — leaving dozens of people without a roof. 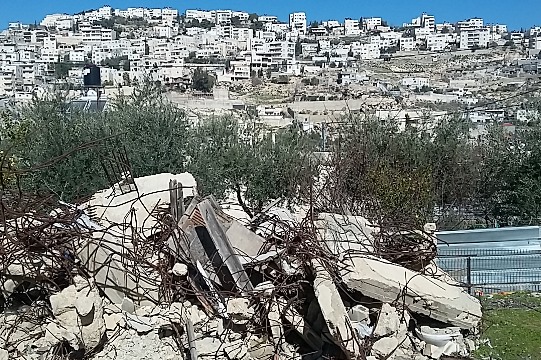 The ruins of a demolished home in Silwan. (Free Jerusalem)

But we did not hear about these demolitions. No one gave a million shekels to every family after their home was destroyed, no one offered them alternative housing, no one promoted a bill in the Knesset to legalize the homes before it was demolished. We don’t hear about home demolitions in Jerusalem, and the sad truth is that we have gotten used to it. The Israeli media won’t cover something that happens all the time, and Israeli and international organizations that fight these demolitions have gotten used to this reality. In 2016, more homes were demolished in East Jerusalem than in any year since 1967. But the residents of Silwan, the people who live under the daily threat of demolition, cannot get used to this.

“We are normal people, we want to live with dignity, we oppose hatred – after all, we all pray to the same god. We want to live in this country with normal law enforcement. It is unimaginable that the residents of an entire neighborhood will be deemed criminals. This is a political problem,” said Saleh Fatabteh, the head of the local committee. “We have a mutual interest with the municipality and all the residents — to have a master plan.”

Michal Haramati and Sahar Vardi are Jerusalem-based activists. This article was first published in Local Call in Hebrew. Read it here.