In the middle of Hebron, volunteers and activists built a kindergarten. Even a kindergarten, an attempt to bring a small piece of normalcy to the area, has turned into a target for the army, police and settlers. 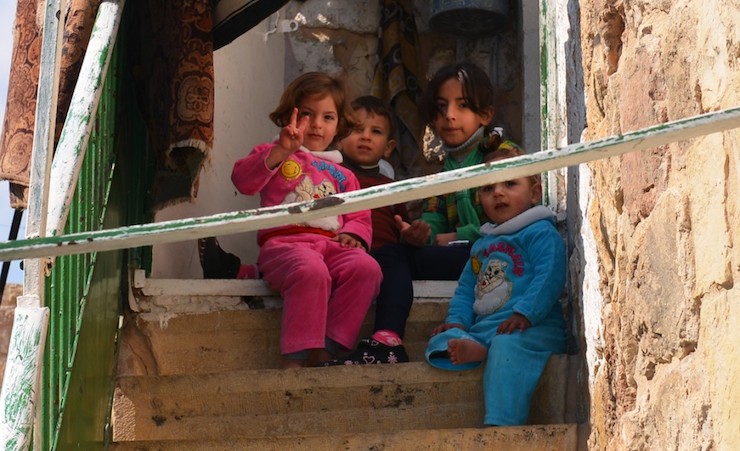 The State of Israel offers compulsory education from the age of three. But for the residents of the H2 area of Hebron, under Israeli control, there are no educational institutions. Period. Thus, a Palestinian child has two options: pass a few checkpoints on the way to school, or stay at home. The farce which surrounded the long-overdue establishment of a kindergarten in H2 can teach us about the situation in Hebron in a time of relative calm.

Hebron could serve as a museum for the occupation. It is the only city in the occupied territories in which Jews began settling from 1968, with the consent of every Israeli government. The place is so messed up that settlers live in an IDF base in the heart of the city (which is made up of approximately 750 Jews and 175,000 Palestinians). Several tens of thousands of Palestinians live in H2, which is under direct Israeli control. It has become a ghost town, a city of enclosure, an island of insanity. The residents must find creative solutions, such as climbing on roofs, in order to get home – even the elderly among them. Even the children – the same ones who are supposed to be in kindergarten.

Those who are trying to look out for the children is an organization by the name of “Youth Against Settlements,” which was established by a group of Palestinian residents of Hebron who oppose violence and work for the betterment of H2’s Palestinian residents, to enable them to live as much of a normal life as possible. There are no municipal services, and to a great degree, the organization’s volunteers make sure to fill that gap. They remove trash and paint and fix homes. According to Issa Amro, a resident of the Tel Rumeida neighborhood and activist in Youth Against Settlements, the organization found a home that was abandoned by a Palestinian family that moved to H1 in March 2013. With the consent of the family, the organization decided to establish a kindergarten in the building. Amro describes how the volunteers removed mounds of trash, fixed up the dilapidated building and brought in a team of kindergarten teachers. By September the kindergarten had opened. The military and the police, however, did not like this. Security forces have arrived at the kindergarten 16 times since it opened, each time ordering it to be closed, despite never bringing a court order. Amro says that even the brigade commander of Hebron paid a visit to the kindergarten to try and shut down the building that poses such a grave security threat.

And that is how even a kindergarten, a small attempt to create normalcy in the area, has become a target for the military, police and settlers. The harassment against the kindergarten manifests itself in several ways: once, during the renovation stage, the volunteers were stopped at checkpoints, which forced them to carry the building materials on their shoulders. In another case, the activists were forced to destroy the bathroom that was built for use by the children outside the building. Issa further states that his neighbor, Mufeed Sharbati, who also helped build the kindergarten, received a message stating that despite the fact that he has a building permit from 1972, he can only build additional rooms in his home if he helps advance the closure of the kindergarten.

If that wasn’t enough, the kindergarten also suffers harassment from settlers. A few months ago, a settler attacked Issa and then went to the police, to whom he claimed that Issa was the one who attacked him. Issa was promptly arrested. Graffiti reading “Death to Arabs” as well as Stars of David have recently been sprayed on the kindergarten. The graffiti was sprayed right next to the Spongebob mural that was painted by volunteers on the building. This is what relative quiet looks like. 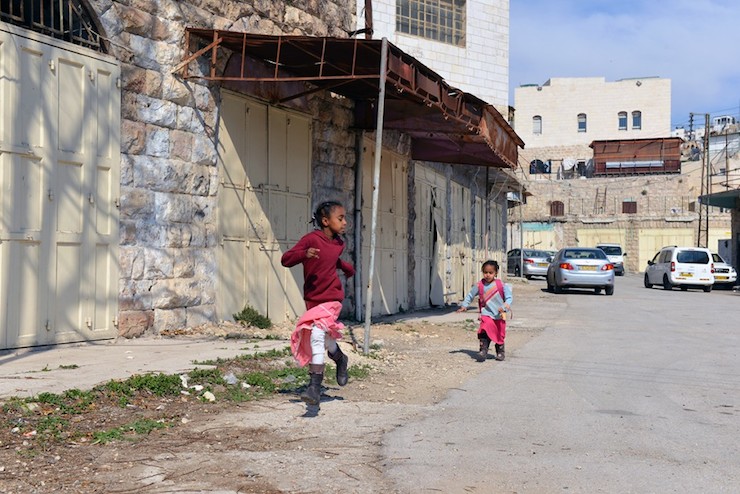 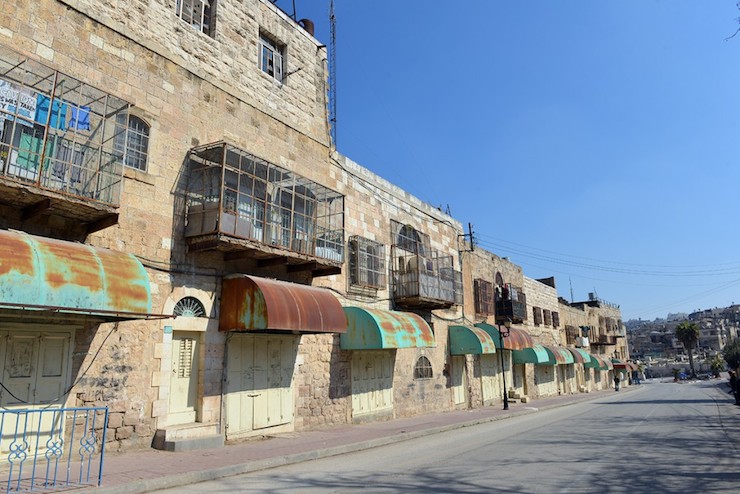 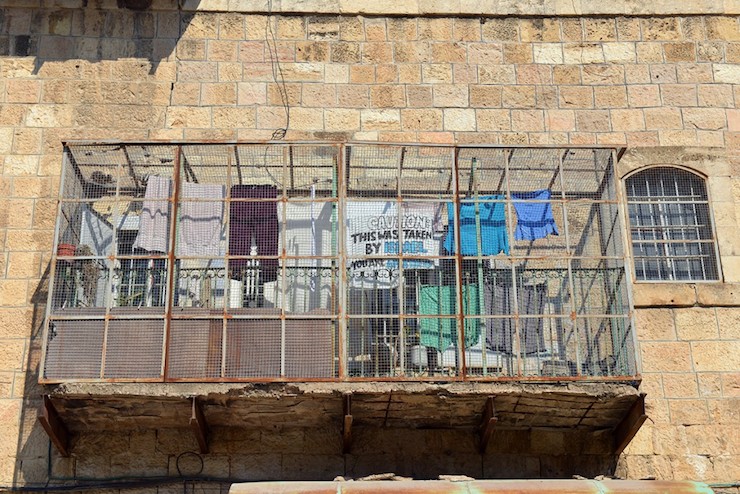 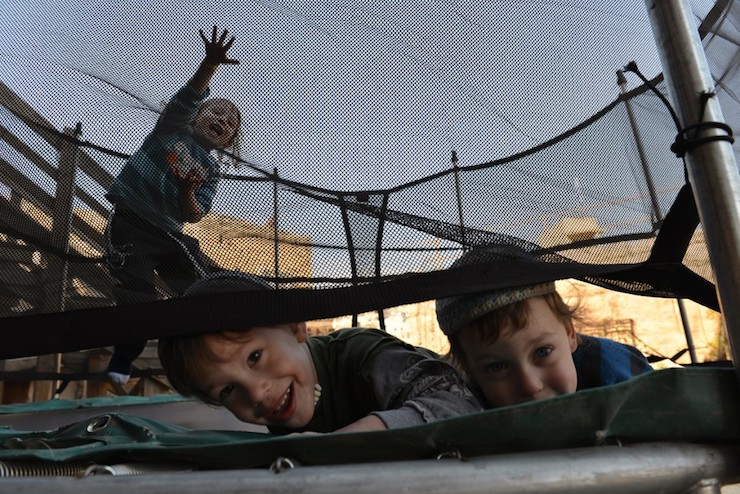 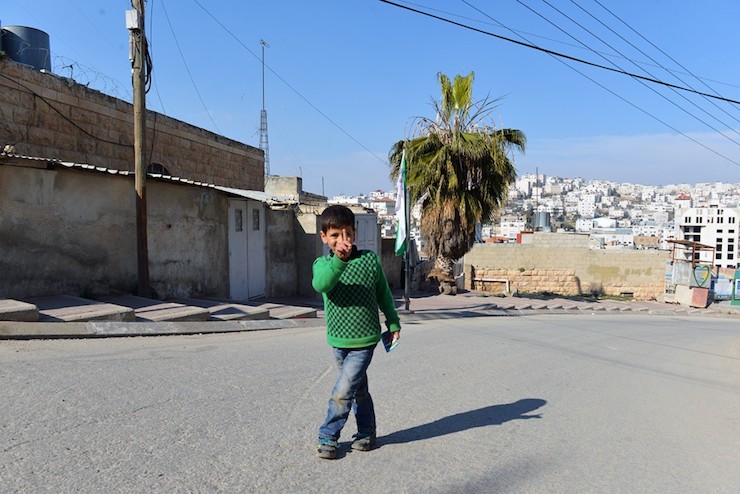 Related:
In Hebron, terror begets a reign of terror
PHOTOS: 20 years since Cave of the Patriarchs Massacre