Our brave troops have raided, at dawn, two unarmed ships, filled with dangerous and enthusiastic peace activists, and have managed to carry out the operation without casualties. The operation actually had a name – Ruah Kalah, “Light Wind” – and was overseen by the commander of the Israeli Navy himself, Admiral Ram Rotberg (Hebrew).

Senior brass have told Ynet they were “deeply satisfied” with the results of the operation, though they admit that the success was also derived from “the passivity of the 27 activists.” Which is to say, the IDF is satisfied that when its armed forces met unarmed activists, it managed to carry out a routine mission, as they did not bother to resist. The IDF also notes that the reason there were no casualties is because the lessons of the earlier flotillas were implemented, and the troops were strictly ordered not to use violence against the (again, passive) activists. One assumes that without those orders, and the presence of no less than an admiral on the scene, the passive activists would have suffered some violence. This, to say it mildly, is not very encouraging.

But wait, it gets worse. Ynet has “found out” (read: It received a communiqué from the IDF Spokesman, and asked to publish it under the name of the reporter, a common and deplorable practice) that two of the commandos who participated in the intrepid naval engagement against the two ships, a combat which will surely be listed among such notable naval battles like Salamis and Trafalgar, had been wounded during the assault on the Mavi Marmara in May 2010. The commandos, we are told by the IDF Spokesman, consider this recent engagement to constitute the “closing of a circle”. 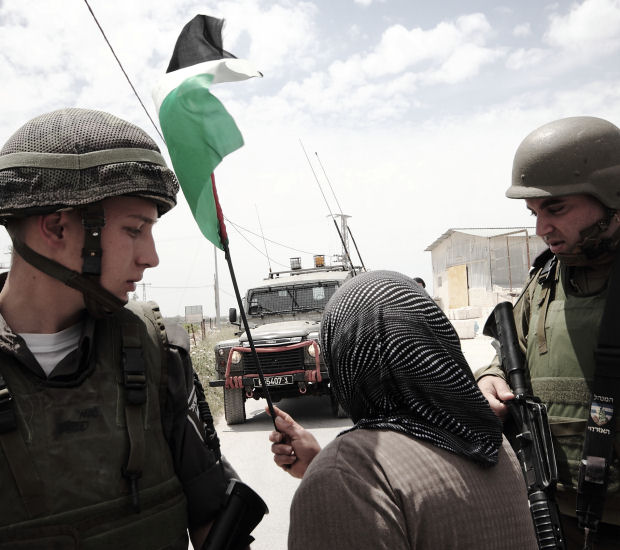 Oy. Now, I realize the IDF has no successes to report lately. I also understand that, by definition, the IDF cannot win: Its main activity since 1967 is the suppression of a popular uprising. This does not make for rousing battle tales. Since 1982, when the IDF last clashed with the Syrian army – and, shall we say, did not emerge from the encounter wreathed in glory – its soldiers saw enemy soldiers only in pictures. And, since no one except Dick Cheney and his menagerie of sycophants takes pride in torture; and since the IDF’s normal battle drill (one platoon + air support facing two Palestinians, most likely semi-armed teenagers, often promoted to “wanted person” status after their demise) will not ignite feelings of pride in anyone but gang members, the IDF has to somehow pump any casualty-less engagement as a great success. After all, when the Chief of Staff publicly says Gilad Schalit is a “hero,” then the naval commandos – an elite unit which once took pride in truly daring raids on enemy ports and fortified positions, and which now serves as glorified checkpoint troops – must be worthy of a medal, or something.

When we keep repeating the old axiom that “the occupation corrupts,” we must bear in mind that it corrupts, first of all, its enforcers. They first become garrison troops, a blunt tool which is ill-suited for any other purpose, but the corruption does not end there. Long years of occupation, the perception that it “fights for its home,” turn it into a potential putschistic element against a government which may decide to end the occupation. The classic example is Algiers, where the army joined the French colonists in terrorist acts against the local population – they were honest enough not to use the bleached term “price tag” – that were intended to break the fragile ceasefire between the French government and the local rebels. In the end, it led an armed mutiny against its elected government.

France had De Gaulle and a long republican tradition on its side; both of them lacking here, it’s not at all clear what will stand between Israel and such a fate.