A recent Israeli celebrity’s admission that he has had sexual experiences with men but does not consider himself homosexual has drawn ridicule from the LGBT community, exposing its own biases and intolerance. 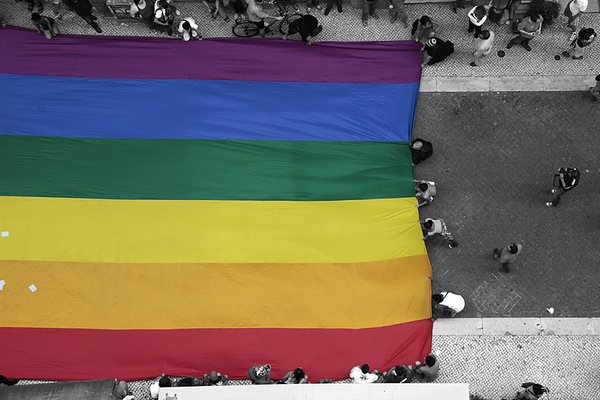 My Facebook feed recently filled up with posts by LGBT friends mocking the Israeli singer and songwriter Ze’ev Nehama, who shared with a Yedioth Ahronoth interviewer (Hebrew) his sexual experiences with other men. In the interview, Nehama said that while he did have sexual encounters with men, he does not define himself as a homosexual, since these encounters were merely sexual, and not emotional. This confession became a source of degradation in the LGBT community.

This is not the first time I have encountered this sort of cynicism and lack of acceptance. I won’t quote the comments, since I do not wish to name and shame, but rather to point out a phenomenon and protest it. For the sake of proper disclosure, I shall say that I did not read the entire article, but only bits scanned and posted on Facebook, along with the accompanying comments. I believe, though, that these comments are representative enough.

The mocking comments define Nehama as a closeted homosexual, incapable of dealing with his sexual desires and orientation. These comments reflect a very deep and basic lack of acceptance and respect for experiences that do not fit into the world as experienced by the commentators. Ze’ev Nehama chose not to identify as a homosexual, while sharing his encounters with men. He was not hiding in any closet, nor was he ashamed of his experiences. His choice as he presents it derives from viewing homosexuality as an emotional and not only sexual experience, an understanding and conception that we as a community have been struggling for years to build.

There are many orientations that have neither name nor definition, at least not a publically acknowledged one, on the continuum of sexual orientation. The discourse on those is limited by the heterosexual – and apparently, also by the LGBT – community. There are people who find sexual partners in one gender and emotional partners in the other. There are those who experiment and ultimately decide it’s not their thing. There are some who enjoy sexual encounters with members of the same sex, but only those involving multiple partners. And more.

It is possible that Nehama does not develop feelings for men because due to internalization of the social misconception of men as sexual beings and women as emotional ones. It is possible that he is in denial of his feelings, since he does not want to pay the price for LGBT identification. We are not inside his head. But there is no justification whatsoever for the dismissal of his authentic life experience as he describes it, especially, from a community that striving for acceptance and understanding.

This lack of acceptance is destructive to the community itself. It can erode the identification, partial as it is, that a man like Nehama might feel with the community, which mocked and rejected him. It might also lead the next celebrity planning to share non-heterosexual experiences reconsider, in order to avoid twofold oppression, both from the heterosexual and LGBT worlds. I believe that we should aim to build an open and accepting community that allows people to investigate and experiment with their preferences and orientations.

Additionally, according to his own account, Nehama is clearly also attracted to women, with whom he builds long and committed relationships, a fact all those angry commentators seem to ignore. They also disregard the fact that the dictionary happens to have a definition for people attracted to both men and women – bisexual. Not only do they exclude the bisexual option, but in defining Nehama as a homosexual, they also reject his numerous and meaningful sexual encounters with women. They claim that once you have sexually experimented with men, the sex you have had with women is merely a cover story for your true homosexual identity. This statement is not only biphobic but also chauvinist, as it minimizes and degrades the significances of encounters with women.

Just as the word bisexual is missing from the LGBT lexicon, it is also missing from the heteronormative consciousness. It is possible that if the bisexual option was more commonly invoked, Nehama would have chosen to identify as such. And maybe not. But erasure of the bisexual experience within the LGBT community must end. I must stress, however, that just as I object to the classification of Ze’ev Nehama as a homosexual, I am neither trying to declare him bisexual, nor to place him on any sort of bisexual continuum. It is not for me to determine a person’s sexual orientation.

Another anecdote Nehama shared that was ridiculed, was an incident, in which he was approached by a girl while sitting in a café. She asked whether he believed in passion, and as he answered yes, she made her way to the restroom. Instead of following her and having sex with her, as the restaurant’s owner encouraged him to do, he panicked and ran off. Here too, a person’s authentic experience is mocked and erased. Mockery that stems from the same social misconception, which views men as nothing but sexual beings, always craving and hunting sexual partners and experiences. This conception judges every man who chooses to avoid sex in a situation in which it is accessible to him, viewing him as a masculine failure, impotent.

The consent, and even more so, the will of men, is questionable under such misconception, as it requires them to constantly prove their sexuality and masculinity. Men do not have to be sexually available at any given moment. Men do not always have to want sex. Men may express insecurity regarding their sexuality. And men are allowed to change their minds and leave, even in the midst of flirtation, even when some level of consent has already been expressed.

The LGBT community strives to change society and make it more accepting for people with a varying range of sexual orientations and preferences. We struggle so that our experiences will not be erased, so that we will not be told to whom we must be attracted, so that we will not be told that it is just a phase, so that our definition of ourselves and our preferences will be accepted. At the same time, in its rush to claim every celebrity who expresses the slightest attraction to his own sex or gender, members of the LGBT community do exactly what they protest against.

While I usually dislike the phrase “Social change begins within each of us,” I find it quite adequate. In this context. I would like to ask everyone reading this text to examine themselves and their community, and think once more how accepting they are of a wide range of sexual orientations – including those that cannot be neatly packaged in box.