Our trip back to Israel-Palestine, the first since my daughter’s birth, was also the first time our family would be separated. The Israeli border, the crossing to the place where her father and I met and fell in love, would be the first thing to come between us. 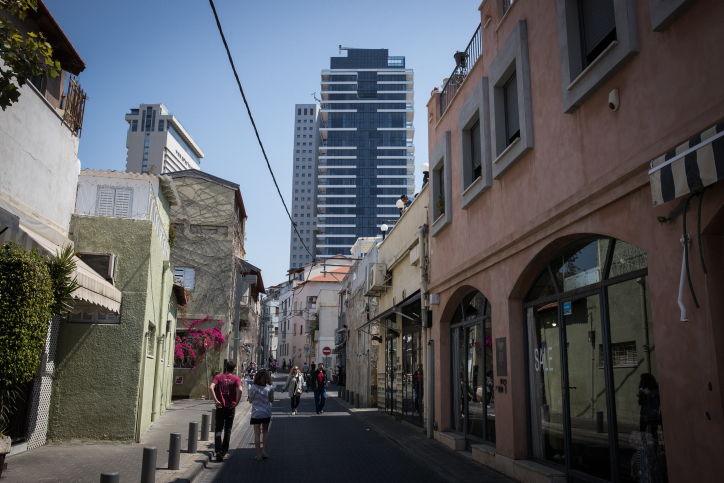 I didn’t get a haircut in 2017 and it’s unlikely I’ll get one in 2018, either. Nobody touches my hair but Yossi and, unfortunately, Yossi’s salon is in Tel Aviv’s Neve Tzedek neighborhood.

Even though it’s bad for his business, whenever I do manage to get to Tel Aviv and see Yossi, he urges me to give up on him, to find a hairdresser in south Florida. He laughs, shakes his head, gently scolding me, telling me that I can’t get a haircut only once a year.

He examines my split ends and then asks, “And what’s going on with your color? You’ve got no less than three in here. There are big spots that you missed…” he sighs and doesn’t finish his sentence. My hair is in such bad shape, there’s nothing left to say.

I’ve tried to find both a hairdresser and a color here in the U.S. To my surprise, the color I used to buy at Superpharm in Israel is not available in the U.S.. I would have to order it online and have it shipped from New Zealand. As for the hairdresser, I’ve tried half a dozen. But no one seems to understand my masses of curls like Yossi does.

My first two years out of the country, I got annual haircuts on my annual trip back. I left in 2014, towards the end of the summer war, coming back to Tel Aviv for six weeks in 2015 to update my research for my book about migrant workers and African asylum seekers in Israel. And then, in 2016, a family emergency on my husband’s side brought all of us back — him, me, and our daughter, who was 10 months old at the time. Not to Tel Aviv. To the West Bank. 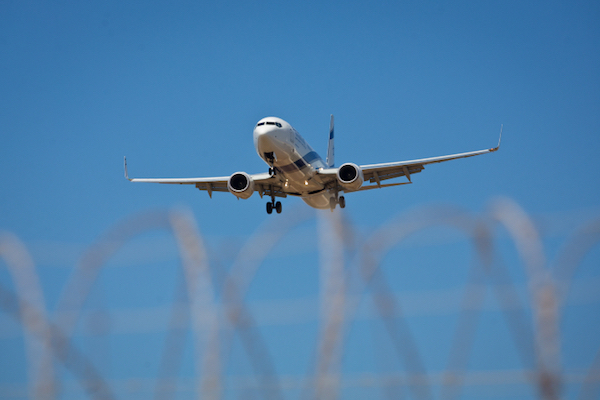 But, first, we had to get there.

No matter where we were going, we wouldn’t be able to fly to Ben Gurion together. My husband is a West Banker with a green ID, which means that there’s only one way in for him: Allenby Bridge — the only crossing that is off-limits to me. This wouldn’t be such a big deal if it had just been the two of us. I would have flown to Tel Aviv; my husband to Amman; we would have met in Ramallah, which stands between the two. But with a ten-month old who is still breastfeeding, things were more complicated. Besides that we wanted to travel as a family. And I believe it is our God-given right to do so, regardless of who God may or may not have given the land to.

Thinking like an Israeli, that there’s always some sort of way around the rules, I decided to call the Israeli consulate in Miami. When I Googled them to find the number, I saw that their reviews averaged out to 2.2 stars. Not very promising. Still, I gave it a try, explaining my situation to the man who answered — the man I’m pretty sure I’d dealt with the previous year when I went to renew my passport and register my marriage—asking if there was some way I could travel with my husband and daughter through Allenby.

“But we’re married. Can’t you give me some sort of a permit?”

And that was it. If I wanted to fly to Amman with my husband, which is more expensive than flying to Ben Gurion, we would have to enter Israel and the territories separately. From Amman, Mohamed would travel to Allenby (average rating 3.2 stars — a star more than the Israeli consulate in Miami). There, he would endure the humiliation of being searched by his occupier before that same occupier would allow him to pass into his own land. After entering the West Bank, he would go to Jericho. From there, he would continue on to Ramallah.

As for me, from Amman, I would head north to the Beit Shean crossing, entering Israel there, heading back south on an Israeli bus that would travel through the occupied West Bank to Jerusalem, passing the turn-off to Jericho and Allenby along the way. Once I reached Jerusalem, I would head from the west side of the city to East Jerusalem, re-entering the West Bank on a Palestinian bus bound for Ramallah. 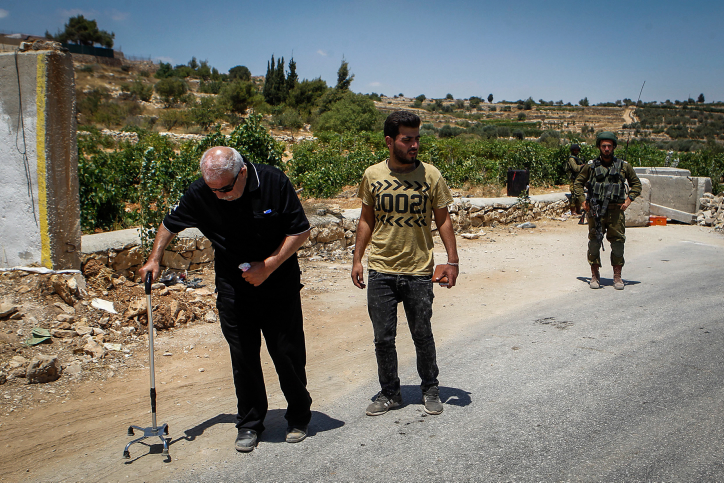 I visualized the land from above, imagining the crazy, convoluted route I would have to take to Ramallah. As I mapped it out, I saw us moving through the rest of the world together, freely, as the family unit we are. And then I saw the Israeli-controlled border: the place where we would be sorted and separated like colonial subjects.

And what about our little girl, who was still breastfeeding at the time? Who would she cross with? Where would she cross? She would obviously come with me. Right?

Wrong. If she crossed via Ben Gurion, my husband fretted, she would be issued an Israeli entry. When he tried to register her as a West Banker, that Israeli entry could prove problematic. No, she would have to go in with him via Allenby, just in case. He couldn’t take the chance that she would somehow be linked to me — her mother — in the system and that she would somehow end up an Israeli citizen. Setting aside the politics for a moment, there are practical concerns: to inherit my husband’s share of the land, our daughter has to be registered as a West Banker. And that’s what this whole thing is about anyways. Land. 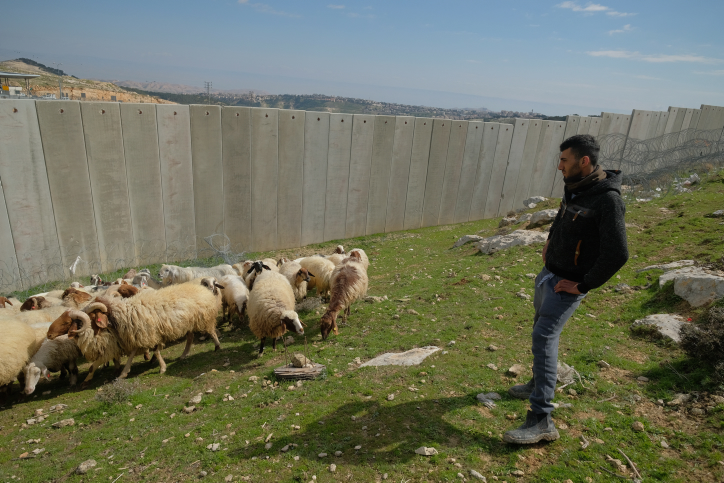 A Palestinian man herds his sheep near the separation wall on the outskirts of Jerusalem, February 17, 2017. (Yaniv Nadav/Flash90)

There was no other way to do it. It would be the first time since my daughter’s birth that we would be separated for a significant amount of time. I was struck by the bitter irony of it. The Israeli border, the entry point to the land I love, the crossing to the place where her father and I met and fell in love, would be the first thing that would come between us.

And so we flew to Amman together, the three of us. There, my husband rented a car and drove me to the crossing in the north. I bade them a tearful goodbye. But as I made my way to the Israeli side, I forced myself to stop crying. Even that show of emotion felt forbidden. God forbid it alarmed someone in the security apparatus. God forbid there’s something in the system noting the fact that I’m married to a Palestinian. God forbid they find some way to shut me out, to stop me from reaching my husband and daughter.

So I kept a stiff upper lip as I passed and I kept it all the way to Ramallah. When I arrived to my husband’s family home, my breasts engorged, I burst into tears. I grabbed my daughter and clutched her to my chest.

And then I had to figure out a way to get back in to Israel and see Yossi. Things have changed since I lived in the West Bank. Things are tighter now. The Israeli police have shut down the gypsy cabs that used to run from Qalandiya checkpoint to Damascus Gate, via Hizma, closing one of the easiest ways in. So getting in was expensive. But I made it in, picking up a box of my hair color along the way. 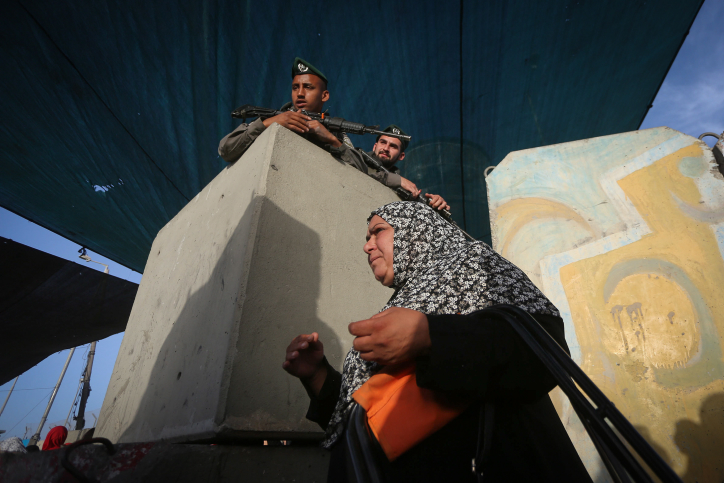 Palestinians cross Qalandiya checkpoint, outside of the West Bank city of Ramallah, June 9, 2017, on the second Friday of Ramadan. (Flash90)

Now my hair is long again and my color has long since faded. We have a new baby, a little boy who hasn’t met his family, who hasn’t met my friends, who hasn’t smelled the air, who hasn’t seen the land. I remind my husband almost every day that this is the first year since I left that I haven’t been back.

I try not to be too glum about it. Instead I grab my ponytail and wave it at my husband. “I need a haircut! When will I get to see Yossi?”

I try to bargain with him, arguing that it’s cheaper to go get one good haircut in Neve Tzedek than it is to get 10 bad haircuts here in south Florida. Because that’s what’ll happen — I’ll get one bad haircut and then another to try to fix the first one and then another. So on and so forth.

My husband knows what’s beneath all the joking and negotiating. I’m sad here. I’m lonely in the U.S., where I have been unable to find steady work or a community. Where I can’t find a stylist who knows what to make of me and my hair.

My husband averts his eyes, wearily shakes his head, asks if I really want to go back that bad. He can’t take the time off of work. We try to figure out a way that I can travel alone with the children. But we’re pretty sure that my daughter, as a West Banker, cannot fly to Ben Gurion with me. And even if she can, we’ll have the same issue with my son that we had with her. What if entering with me leaves some sort of mark on his record, something that prevents my husband from registering him later, something that prevents my son from one day inheriting his share of the earth? No, I can’t travel alone with the children. There’s too much at stake.

And so there will be no trip back this year. And maybe not the next, either. What will poor Yossi make of my hair the next time I sit in his chair in Neve Tzedek? What will I do with my hair in the meantime? I’ll wear it up, my ends tattered, my color dull. I’ll look in the mirror and won’t recognize myself.