The ‘framework agreement’ announced Thursday night in Lausanne is a lot better than no agreement. But an approach to Iran involving no sanctions and no hysteria would have been best of all.

NOTE: This post has been changed to reflect the author’s happy surprise that the framework agreement was not the dud he thought it would be – even after it was first announced – but is, according to all accounts, a very meaningful step.

Remember the threat of North Korea going nuclear? The sanctions, the scare rhetoric from the United States, the specter of the craziest, cultiest nation on earth, one that starves its own people en masse, having the Bomb? So what happened? North Korea got the Bomb. They fired test shots until, in early 2013, it was recognized internationally that they’d built a nuclear weapon. Today Pyongyang is estimated to have a dozen to two dozen of them, plus missiles to fly them toward distant targets – the capability to destroy, for instance, nearby Seoul and Tokyo. By next year that nightmarish country is expected to have twice as many bombs as it’s got now.

So? Is anybody losing sleep? Are any South Koreans or Japanese fleeing their country?

And if necessary, with a nuclear Iran, too. If Tehran were to build nuclear weapons, the world – even Israel – would get used to it like the world, including Israel, got used to nuclear weapons in the hands of much crazier, incomparably more violent and aggressive countries than the Islamic Republic.

But the world’s leaders don’t see things this way, and Israel certainly doesn’t. They’ve decided they can’t let Iran get the Bomb, and that even starting a war would be preferable. (That one measly war wouldn’t stop Iran’s nuclear program is something world leaders and Israelis don’t discuss publicly.) So the “framework agreement” announced Thursday night between Iran and the U.S.-led world powers – assuming that it leads to a final pact by the June 30 deadline – is a great thing, considering the alternative, which was no agreement, more sanctions, Iranian defiance and the likelihood of an American, Israeli or American-Israeli attack further up the road.

But it came at the cost of hysteria, the threat of war (which the Obama administration will maintain for the duration of the agreement, and which the Republicans and Israel will never stop waving around), and above all, the suffering of masses of Iranians as a result of the sanctions. From an October 2013 story in Foreign Policy, “The human costs of the Iran sanctions”:

“The results have been devastating for the Iranian population, triggering a collapse of industry, skyrocketing inflation, and massive unemployment. As the rich and politically-connected prosper under sanctions, Iran’s middle class has disappeared, and even access to food and medicine has been compromised.”

Yet no sanctions advocate in America, Israel or anywhere else has the guts to admit this. None of them have the decency to acknowledge that the sanctions haven’t hurt Iran’s Supreme Leader or Revolutionary Guard, only the Iranian people, beginning, of course, with the most vulnerable. 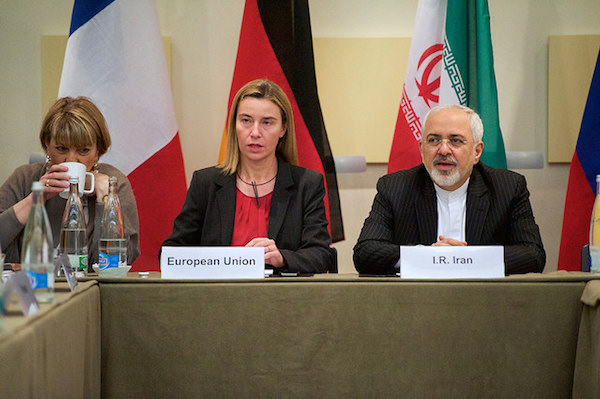 This whole Iran scare has been built on intellectual dishonesty and cowardice. The reasons offered to justify it have changed over the years, diminished in gravity, as one by one they begin to sound too ludicrous to keep repeating. You don’t hear much anymore about the threat of Iran one day just up and nuking Israel, because it’s hard to get people to believe that an ancient, illustrious civilization of 80 million people is going to commit mass suicide, what with Israel having second-strike capability. Neither do you hear about “the twelfth imam,” or “the hidden imam,” or the other mysterious features of Iranian fundamentalist Shia Islam that supposedly make it a blueprint for Armageddon. Nor do you hear that Iran’s mere possession of the Bomb, even without using it, would debilitate Israel economically and psychologically by scaring citizens and foreign capital out of the country.

No, with the exception of the mandatory analogies to Munich and the Holocaust, the most often-heard arguments for stopping Iran’s nuclear program by any means necessary are now much more sober. One is that a nuclear-armed Iran will become even more aggressive in the region, with all other countries, including the U.S. and Israel, being afraid to stand in its way for fear of getting nuked. The other argument is that if Iran gets the Bomb, it will set off a nuclear arms race in the Middle East, with Saudi Arabia, Egypt, Turkey and other countries rushing to join the club.

If the first argument were valid – that the Bomb gives a country the freedom to attack, invade and even conquer other countries at will – then the Soviet Union would have gotten no resistance from Afghanistan. Britain wouldn’t have had to fight Argentina to keep the Falklands. There wouldn’t have been 40 years of proxy wars between the Soviets and the U.S.; each would have been too afraid to fight the other. But that’s not how it works. The advent of nuclear weapons has deterred direct wars between the two nuclear superpowers, Russia and America, but that’s it; all other wars between all sorts of other belligerents, some having the Bomb, some not, have continued to flourish. Nuclear weapons have proven to be a great defense against nuclear and other “existential” attacks, but nothing more. They’re not an offensive weapon (not since Hiroshima and Nagasaki, anyway), and they’re not even a defensive weapon against conventional threats. A nuclear-armed Iran would be safe from nuclear or other life-threatening attack, but otherwise it would be no freer to mount cross-border aggression than it is now.

The second argument, though – that if Iran gets the bomb, a Mideast nuclear arms race will ensue – sounds pretty reasonable. However, it’s not an argument that can be made by Israel, which started the race. Or by the U.S., the only country to ever actually nuke anyone, or by Russia, China, France or Britain, whose diplomats have been in Lausanne (along with those of non-nuclear Germany) trying to convince Iran to give up what they never would. If the nuclear powers want Iran to stay Bomb-free, let them lead by example. Otherwise, they’re hypocrites who have no moral authority over the Iranians in this matter.

I grew up in America during the Cold War. I remember the “drop drills” in school, crouching under my desk and covering my head.  I remember saying to a friend, “Why don’t they just kill Khrushchev?” and him, being older and wiser, saying, “It’s not just one man, it’s an idea.” In the early 60s, people were seriously afraid that the Russkies were going to nuke America because they were an insane society that believed in   insane ideas, so they were ready to risk getting annihilated in the bargain. Then, in the late 60s, when Americans’ minds began to open up, and a lot of them saw in Vietnam that America could be pretty crazy, too, the “red scare” subsided. The drop drills ended. People calmed down, or at least the reasonable ones did. They stopped worrying about the Bomb.

That’s why I don’t worry about a nuclear Iran: I’ve heard all this crap before. And in America of the early 60s, the horror stories weren’t about an enemy threatening to build a Bomb, but one that already had thousands of them, an empire that ran on a fanatical ideology and that was far, far more aggressive and violent than the Islamic Republic.

We survived. We survived Stalin and Mao. We’re surviving North Korea. We’ll survive Iran, if it goes nuclear. I think the reason people can’t live with this idea is because it seems irresponsible, carefree, adolescent. Not adult. Adults are supposed to worry. They’re supposed to be afraid a lot. They’re supposed to threaten the people who make them afraid, and if that doesn’t work, they’re supposed to attack. That’s being a responsible adult these days: being frightened to the point of reckless hysteria. God help us.