It’s cease or desist for the Lorde project, as Yuval gets a rare opportunity for a long nocturnal drive with a great musician. 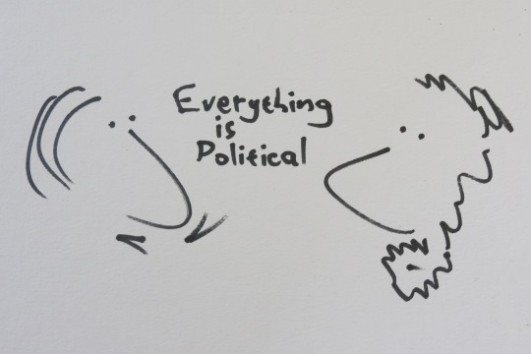 We all packed up into a seven-seater Suburban: Mira Awad, three other actors and myself. Yigal Ezrati, Jaffa Theater’s director, was the driver. Clearly I couldn’t bring up the project right way, so I was quiet, which brought about an uneasy silence. We pulled into a gas station by the adjacent kibbutz. Yigal left the car to fuel. Mira hummed something, she was in a lovely mood.

“So why are you here?” Einat Weizman, the actress sitting shotgun, turned back and asked me.

“I came for the poetry festival,” I lied, but this little white lie warmed up the quiet car with some well needed, lively chat about the current state of Hebrew poetry. Einat was well versed in the scene. We found that we both admire a group of Mizrahi poets that have recently made a powerful political and poetic stand. “Tehila Hakimi! Adi Keissar!” Einat named two, “I’m crazy about them.”

“You should turn back now, then. They’ll both be reading at the festival tomorrow. I wish I could, too. I’m a fan, a real fan, the same way I am with Lorde,” and I turned my eyes to Mira, who was sitting to my left.

She smiled and said, “We have to talk about this.”

Yigal returned and we resumed our northbound journey. The darkness about us was interrupted first by the bright lights of military installments, then by the far fainter ones of Bedouin shanty towns. Mira spoke: “If you were to say to me, let’s take this great poetry, say, Adi Keissar’s poetry, and do a project with it. I would say yes right away. It’s Hebrew stuff, it’s poetry, we could combine it with Arabic poetry and do something local and special. I would love this, but Lorde, why Lorde?”

“Because that’s what makes it interesting! You bring in something foreign and see how things stir. Look, Lorde’s stuff is political in its own way, but in the context of this country it appears neutral. I’m trying to demonstrate how political things get here even when the subject matter is neutral.”

“Everything is political,” Mira decreed.

“When you approached me, it was political. It was because I’m an Arab.”

“Well, yes, but also because you are Mira Awad, and you’re amazing, but hey, that’s exactly what I’m saying. This project may seem apolitical, but it is very political.” Still a bit unsure whether Mira was wary of the “political” or whether she sought it. I decided to err on the latter. “I promise you that it does not belittle things. Here’s where it comes from: I work with Palestinians and I have come to realize that there are two legitimate societies living here. If I want my tribute to Lorde to be honest, it must reflect that. Now, the more I work on it, the more issues pop up, so I’m writing it all down, to show those issues. It’s an educational project!”

I knew this would not do the trick. My online diary may be dense with charged themes, but the recording would just be a bilingual pop-fest. Mira has already been there, she went to the Eurovision with Noa. She later got stung by anti-normalization, and her point of view changed. She didn’t want to be part of something like that and she was perfectly right.

The actor sitting to my right now coughed to grab our attention: “What’s Lorde?” he asked.

I had brought a bottle of whiskey to drink with the poets. We broke it out, The actor, Durad Lidawi, pulled out his phone, and the YouTube party began. Mira surprised me with her Lorde song of Choice: Yellow Flicker Beat, from the latest “Hunger Games” soundtrack. “The way she dances in the clip!” she exclaimed, “It’s crazy. You have to see that.” I surprised her in turn by revealing Lorde’s age to her. She found it hard to believe.

“She was sixteen when she broke big. She is a bridger, Mira! the fact that you and I can love her stuff means that she bridges generations! This is political! Be in my project! It’s political!” I was already joking. I have accepted the verdict. Mira was out.

Soon we moved on from Lorde. First to other contemporary pop, particularly Stromae, then to Fiona Apple, which Mira and I both love. Durad was revealed to be a lover of Chanson, and Einat contributed something weird in Afrikaans with a clip we all found disturbing. Eventually, however, Arabic took over. Durad played us a tune by Haifa singer Therese Sliman. Mira liked her, but complained about her use of Lebanese dialect. “Everyone sings in Lebanese or Egyptian dialect, in order to make it big,” she explained.

Finally we all cracked up to a song by Palestinian rapper Tamer Nafar. It was entitled: “Scarlet Johansson Has Gas.” The context was clear to us all. Johansson has been acting as presenter for Soda Stream, an Israeli company that manufactures in the West Bank. Activists with the BDS movement, which seeks to use Boycott, Divestment and Sanctions as a tool against the Occupation (not to be confused with anti-normalization) targeted her, hoping to make her ditch the campaign. Johansson remained faithful to Soda Stream’s home carbonation devices, and won Nafar’s musical offering. 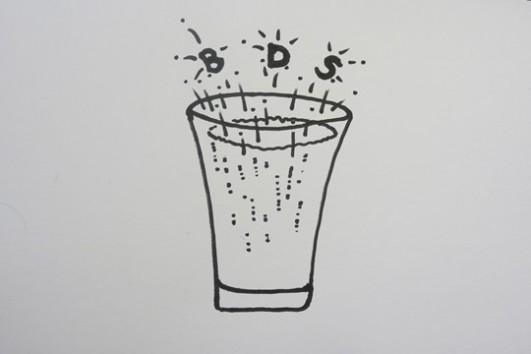 I tend to support BDS. We have been stuck in a sick, violent status-quo for too long. I think of sanctions as a powerful non-violent weapon. I have been impressed when BDS activists warded international artists from performing in Israel. The outrage among fans in such events provides rare instants in which overly cushioned Israelis become uncomfortable with the reality here. Chatting about BDS in the theater troupe’s Suburban under Tel Aviv’s lights as they grew denser, I found myself confronted with a troubling thought, and not for the first time: what if Lorde was to come? Would I support the efforts to dissuade her?

No, I decreed. There must be an exception, and Lorde must be it! I decided I would offer her and her entourage a free tour with Husam and I. We will provide the political spice. No worries. Hell, I deserved some musical compensation for having lost my chance with Mira.

And that was when I knew that it wasn’t only Mira. That’s when I knew that I was not about to make that breakthrough, with anyone. The project was just wrong. It did not present any meaningful statement, at least not clearly enough. I have come far enough. I have told the story in a way that allowed for several ideas to float. That was good enough. Yaron and I will improve our version of “Buzzcut Season,” pair it to my own songs, the Jara tune and Nancy Griffith’s as a bonus track, and call it a day.

Yigal pulled up before Mira’s house in an eastern neighborhood. Her husband was outside. I offered him the leftover whisky but he said they had enough at home. She waved to me through the car door. We will stay in touch.

Einat’s apartment was walking distance from home, so I jumped off with her and strolled on from there through the rainy, dormant city. Losing can be liberating, so they say. It did feel a bit liberating at two in the morning, after crossing the entire country twice in the same day. I started off with too much hope; that’s my problem. I took my inspiration from a teenager, someone who hopes. Silly mistake, never to be repeated.