What can bring hope in times of weak spirit? How about a teardrop, a social network, a Russian soprano and a faithful ex-lover. 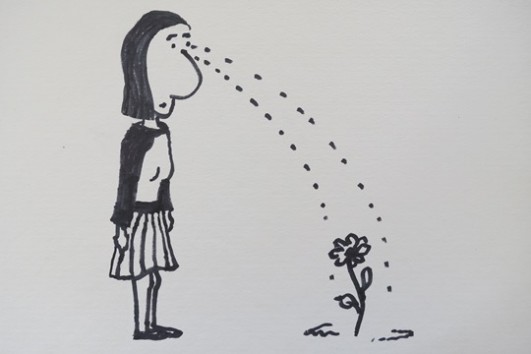 The war never broke out in earnest, but my mood was not quick to recover. One thing did brighten things up, however: I was invited to speak on Radio New Zealand. Attentive producer Jeremy Rose caught sight of the very first post in this series and wrote me instantly. On the last night of January 31, 2015, which in New Zealand was the first morning of February, I spoke on air with host Wallace Chapman, scrambling for a way to describe my project. I was no longer sure what it was or where it was headed, if anywhere.

Kiwi radio turned out to offer a winning combination of British courteousness and South Pacific relaxation. The interview lasted a full half hour, which allowed us to discuss plenty of issues and complexities. It wasn’t enough, though; my spirit had not recovered. I fell behind on writing the posts, gave up on looking for a Yiddish translator, and ceased bugging Shai-li Jamchid about her mother’s French translation of Royals. I was exhausted. Can you blame me? The Lorde Project isn’t my first frustrating attempt at shaking things up in this land of perpetual struggle.

Take central Hebron. For ten years now I have been active in trying to open its streets to Palestinian pedestrians, some of whom live on those streets, and may only leave their homes through the rooftops. I offered free tours of the city’s settler-dominated center, and wrote and published pieces on the issue anywhere I could. Nothing changed. Over that same decade, my friends and  I have marched against imprisonment without trial, against deportation of children and arrest of children and in solidarity with all the groups dehumanized by the state, not to mention economic injustice. We have written posts and op-eds, tweets and banners, songs and theater plays.

In literally every field that matters to us, things have only deteriorated. With the waning of democracy in Israel, we are now framed as traitors. Hate speech is so out of control that we have become used to receiving death threats, garnished with wild references to sexual violence. We are used to it — but we’re exhausted.

Real life was too much. I picked up the guitar and played my extra melancholic version of Lorde’s “World Alone.” Then I went to the one place where I had any control: Facebook. In the inbox was a letter from a stranger, someone named Dana.

“We don’t know each other, but I follow you on Facebook, especially the Lorde in Israel-Palestine project, so I wanted to thank you for enormously improving my playlist. You enriched it not only with Lorde, but with Mira Awad, Mashrou Leila, and “Veha’er Eininu” done by a woman choir.”

I replied and we chatted. Then I got goosebumps. “Just so you know,” she wrote, “when I first heard your version of ‘Team,’ I cried.”

“It was the day of the bus accident in Hura, and I was so sad. It was a catharsis and a reminder that others here believe in coexistence, so thank you.”

Hura is a Bedouin town in the south of Israel. I will refrain from depressing you with the details of that deadly manifestation of institutionalized racism. Just imagine the worst.

I thanked Dana again, and went to bed.

We despair when we think we are alone. I was not alone. I was working with Yaron, and while I let go, he kept looking for translators. His friend Vladi converted “Yellow Flicker Beat” to Russian, the native language of over a million Israelis. Yaron even found a Russian singer. She warned that she is an opera soprano, and won’t be able to emulate Lorde’s warm alto. “It’s not about emulating,” Yaron told her.

I was not alone. Yael Levi, a scholar of Hassidic Judaism, took on the Yiddish “Team.” Yael is married to my friend Mikhael Manekin, the man who first showed me Hebron and its current, cruel state. The struggles combine.

I was not alone. The Jamchid sisters arrived at Yaron’s place one day, and recorded a resplendent version of “Royals.” It was only the second song we have recorded so far, and we were over three months into the project. But there was promise in all of this, and so much encouragement in Dana’s words. Back from the recording, I logged into to Facebook to reread them, and was suddenly hit with the realization that I am a nincompoop.

Facebook! I have all kinds of friends on Facebook, Georgian-Israeli, Swedish-Israeli, Brazilian-Israeli, Filipino migrant workers, friends who work with the African asylum seeker community and even one or two who belong to it. Why did I not publish the call for help here? Instead of deliberately picking the identities and languages, let’s throw the dice and see who volunteers.

So I posted, and within two minutes a response arrived: “I’ll do it,” wrote Deem Dar.

I already learned that Deem was a Palestinian, and that her name was Deema. She offered to translate a song into Arabic. Arabic! Shame on me for being such a pessimist. Things kept coming together. Deema asked me to pick a song for her.

Too bad Vladi already took “Yellow Flicker Beat.” Mira Awad liked that song, and if I could just present her with a translation of that, she might change her mind. I could see why Mira would like the song, why anyone in tune with Palestinian realities would. It was composed for the third Hunger Games movie, a film that deals with the dilemmas that arise when resisting corrupt power. Many have compared images of destroyed District 12 to footage taken in Gaza last summer.

Let’s do it in both Russian and Arabic, I thought. If two nations can share a land, two languages can share a song. I sent it to Deema. She toyed with it, then wrote that it was too complicated. I sent her “White Teeth Teens,” one of my favorites, but that was complicated too. “Fine,” I wrote, “take this one, ‘Biting Down’ — it is only made up of six lines that repeat.”

“Biting Down” is structured in the fashion of a “cotton field ditty.” The line “it feels better biting down” repeats throughout it. Deema asked what it meant. I looked up interpretations online. “Someone suggests that it is about biting down to minimize pain,” I wrote her, “like when a soldier is given a strap of leather to bite on during a field amputation.” 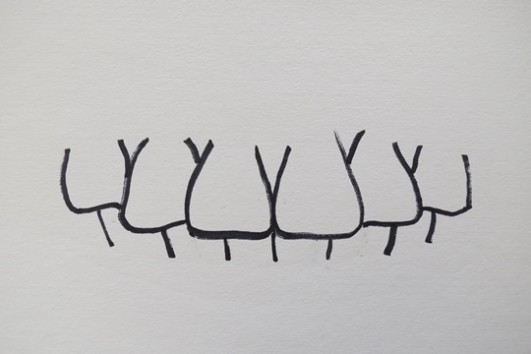 Deema’s world of associations was a tad less sinister. The following day she sent me a translation of the song with a focus on the virtues of cannabis. “الشعور احلى وانت مسطوله”. My Arabic, though atrocious, was good enough for this one: “It feels better being stoned.” I laughed, and asked her which professional singer would sing that on tape.

Deema referred me to Khader, her well connected co-translator. Khader said he would ask around, on the condition that I support a musical project launched by his Jewish ex. I thought back to my version of “Team,” and how the whole thing began with protest against Lehava and their attack on mixed relationships. I thought back to the Beyonce tribute, to singing “Irreplaceable” with Osnat and realizing how well angry ex-lovers can create together.

If that’s so, Israelis and Palestinians surely can. I promised Khader I would help. He got back to me in 20 minutes, saying that he got a “yes” from a great musician. He sent a clip, in which a young woman with long, dark curls, sings a beautiful sad song about a beautiful, sad land. I have heard that gritty voice before. She was Rasha, “The Arab Lorde.”