Part four, in which our heroes find a jar of rare yeast spread, and have a wonderful time chuckling at ‘Google Translate.’

Read the previous chapters of The Israel-Palestine Lorde Diaries’ here. 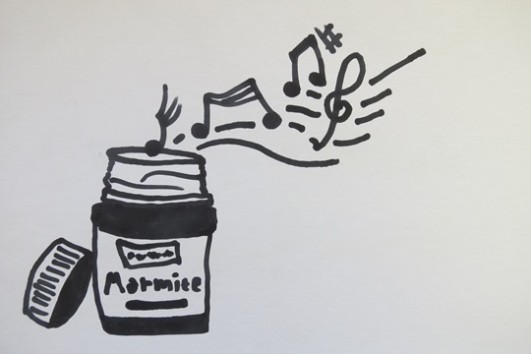 On Tuesday I wrote Hanin: “It’s time to look for a singer. You said you knew a few.” There was no response that day, nor the following. I told myself to be patient.

On Friday I read a spectacular op-ed in Haaretz, authored by none other than Mira Awad, the same Galilee-born Palestinian singer whom Hanin rejected. Awad wrote about going out for drinks with a mixed group of Arab and Jewish friends (she is a rare person whose friends would naturally be mixed). They went to an Arab-owned pub in the north of Israel where the television was tuned to Arab Idol, the hottest competition this side of the Nile. A Palestinian named Haitham Khalailah reached the finals, and was competing against a Saudi and Syrian.

Awad’s op-ed was titled “Nightingale in a Cage,” and dealt with the risk Khalailah faced upon returning home. Like Awad and Hanin, Khalailah belongs to the minority of Palestinians who are citizens of Israel, known to us – but seldom self-identified – as “Israeli Arabs.” Lebanon, where the finals were held, is designated as an “enemy country,” meaning that any Israeli citizen who ventures there, Jewish or Arab, faces arrest and interrogation upon return.

One of Awad’s Jewish-Israeli friends suggested they all text the network and vote for Khalailah. The number was in Lebanon, a country that was only minutes away by car, but fenced off and inaccessible. Was it possible to text there?

“I looked at her, greatly moved,” Awad wrote, “awkward as it is to admit, I guess I no longer took it for granted that there would not be a drop of a judgmental expression on her face, a bit of hidden accusation, a bit of ‘Why does he call himself a Palestinian and not an Israeli?’ or ‘What is he doing in an enemy country’ or ‘Why is he wearing a kaffiyeh?’ or ‘What’s he doing, singing that Palestine is Arab?’ She simply asked, full of expectation, ‘Where do I send the text message?’ What should have been the most natural thing in the world seemed like a gift to me. My new friends were sitting in the place I had come from, with the people I had come from, drinking beer, and it all came together so nicely. For a moment, it was not clear why there was a problem in this country at all.”

I put down the paper, feeling taken with all of this. I entirely understood Hanin’s reservations. I understood why she would consider Awad, who represented Israel on the Euroivision stage, too politically tame. But I just loved that woman’s attitude. We must speak to Mira Awad, I decided. We will combine the hardline with the dovish. We will do what has never been done, somehow.

A few days later Hanin sent me a document with three songs translated into Arabic: “Royals,” “White Teeth Teens” and “A World Alone.” I looked at the screen dense with Arabic script and remembered how badly this alphabet used to scare me as a child. This was the language of the enemy, and its spiky letters seemed to always represent swords and daggers.

Over the years I taught myself how to read them, but something of that fear remained. Even now I had to convince myself that what I was looking at were Lorde’s lyrics, rather than a fatwa calling for the spilling of my blood. Just to be on the safe side, I put “Royals” through Google translate.

We will not be never the royal family,
They do not take place in our blood,
This type of luxury is not for us,
We crave / crave for another type of tinnitus
Let me be Hakmtkm, you can Manadta Queen “B”,
And Azizi will judge,
Will judge,
Will judge.
Allow me to live this fantasy.

I found this to be very amusing, but did my best to calm my laughter. The Arabs aren’t only scary to us; we also see them as comical. We so often make fun of their broken Hebrew, while our own Arabic is nonexistent. We mimic their difficulty at pronouncing the letter “p”, and the sbelling mistakes that result. My father would do a funny impression whenever he quoted a Palestinian, and the idea of the Palestinian as simpleton became stuck in my mind. He got over it through the years, and so must I. If they are going to be funny, so must we. I put my own Hebrew translation of “Royals” through the same program.

We will not be noble, not
We have this blood does not flow
We know it’s not luxury
Were made for drunkenness different
Maybe I’ll be your Queen, Yes
You can call me a tyrant
Down and rule
Let me offer
Let me offer
Until the moment of awakening.

Let me offer? What the hell. 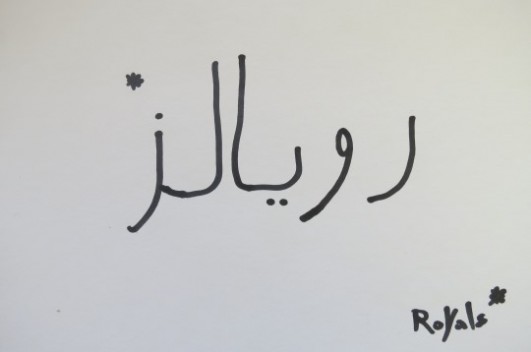 I squinted and tried to sing Hanin’s Arabic Royals. It didn’t work very well. The translation was literal and not attached to the song’s rhythm. Hanin was an Arab, not an Arab musician. I leaned back and sighed, not at her, at me.

Enough sighing. I outlined my new idea to Yaron. The project will not be only bi-national. It will be a multi-artist fest, in which many voices can express themselves. “See, it won’t be just me singing in Hebrew and some Arab singing in Arabic. It’ll be a party! There will be loads of us! This way we can have Mira Awad as well as people who are not at all Mira Awad. People with different attitudes.”

Yaron is so easy to please. We began exchanging ideas, names, phone numbers, Bandcamp links and YouTube clips. In between, I flipped to Facebook and found myself engaging in a debate about Vegemite.

Here is my one link to the southern hemisphere besides Lorde. I am an addict of Australia’s national yeast spread, having learned to love it from Aussie backpackers in Europe. Here in the so called “promised” land, only overly salty British Marmite is available. I complained of that, and mentioned that since developing a “thing” for New Zealand, I have been eager to try the Kiwi version of Marmite, said to taste very different from the other varieties.

She sent me an address in southern Jaffa, and I took a walk there that very evening. As Tel Aviv’s brightly-lit streets gave way to Jaffa’s more derelict ones, I realized that I did not know the national identity of my Marmite benefactor. Her Facebook user name was Deem, which rings like Reem – an Arab woman’s name. Her neighborhood was predominantly Palestinian, but I myself once lived only two streets away, and while I use my real name online, my Facebook profile often features a deliberate gender play. Someone could easily head uptown for, say, some of my Vegemite, expecting to meet a lass. In this cyber age, identities are fluid.

Generous Deem had cropped hair and multiple ear piercings. She was a Jew, I thought, or not. Who for the love of God cares. A fan of British Marmite, she asked friends to mail her some of the southern stuff, but found it unpalatable. I gave her a jar of organic hazelnut spread in return for the black gold, then took the jar to Jaffa’s main boulevard and photographed it with multilingual Jaffa as a backdrop. There it was: a spread from real-life Auckland, lit by Canaan’s street lamps. I felt like Richard Dreyfus in “Close Encounters,” where he plays with his mashed potatoes at dinner and then whispers “this means something.” It really did mean something, to me.