The team gets the hottest recruit this side of the separation barrier. 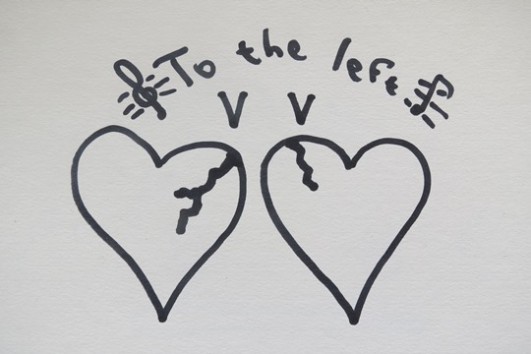 “He who wishes to fly must first learn to walk,” said Nietzsche, and I say: before teaming up with Palestinians, an Israeli Lorde fan must find Israeli partners. Yaron surprised me with snobbery, and rejected many names we discussed. Only with one did he seem truly confident. Fortunately, she is my personal friend: the super talented Shira Z. Carmel.

Shira is an impossibly diverse artist. Over the years that I have known her, she formed and headed no less than four separate outfits: an offbeat jazz quartet, an accordion duo that only performs Yiddish poetry from the Russian province of Birobidjan, a post-doo-wop trio named “The Hazelnuts,” and an avant-garde brass band. Most interesting to me are her experiments with Israeli songs in the Mizrahi style, which she turns into French Chansons and hip-hop tunes.

A few years ago, when the city of Jerusalem chose Shira to curate an event for an art festival, she decided to pull together a tribute to a pop goddess of her own liking: the inimitable Ms. Beyoncé Knowles. I was invited to participate, and did “Irreplaceable” with a cellist and my angry ex-girlfriend Osnat, who hadn’t spoken to me much since the break up.

Here how it happened: I figured in advance that Osnat would be present at the tribute concert, being a Jerusalemite and a good friend of Shira’s. I dreaded singing about a rough separation while she is in the audience, that would just be too awkward, so I invited her to chime in. Osnat agreed and composed a spoken-word piece that dealt entirely with me and what an asshole I am. She rapped it while the cellist and I repeated “to the left to the left,” and we have been close friends ever since that night. That was my first, successful experience with cross-conflict musical tributes.

I wasn’t sure Shira would play along. I knew her to be Lorde-skeptic. She and I used to co-host a radio program on Israel’s Army radio, a program about travel. I became conscious of Lorde toward the end of the program’s life span, mentioned her on air a few times and was surprised at my co-host’s lack of enthusiasm. “Lorde Lorde Lorde…” she mimicked me.

Her cynicism was hardly mysterious. The commercial Israeli music scene is a tiny aquarium, almost impenetrable to actual talent. It has grown worse since the rise of reality television and its production line of celebrity singers. I figured that for a struggling Israeli musician as able, undiscovered and hardworking as Shira, the notion of Lorde’s beginners’ luck could be depressing. Besides, shira is highly fond of Ruthie, my girlfriend. She may have considered my crush on a pop star a hint of restlessness, and worried that soon I would escape with some Lorde look-alike, causing hurt that would take another Beyoncé tribute to mend.

I was not the one to easily surrender, and the very last country to star in our program was good old Aotearoa, better known as New Zealand. Our guest was Michelle Bubis, the only Kiwi-Israeli I know, and we kicked off the second hour with “Royals,” which naturally caused me to lose any semblance of appropriate radio conduct.

“Yuval actually stood up from his seat in honor of the anthem,” Michelle notified the listeners.

I collected myself and promised I wouldn’t talk too much about Lorde. I confessed that I was not sure why I like this music so much and why this character fascinates me.

“Could it be because she’s from New Zealand,” Shira offered impatiently, “which would then tie in with our program’s theme?” 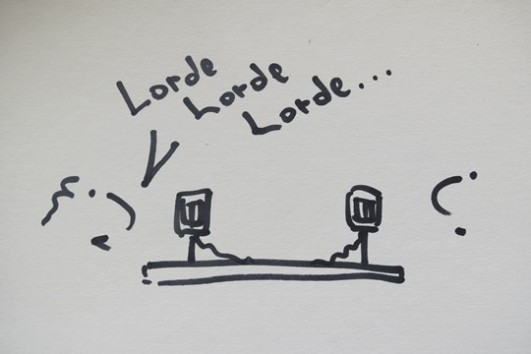 “She is,” I said, “and that’s part of the deal, but there’s more to it. Someone else who’s also from New Zealand gave me a bit of clarity, actually. A couple of days ago I guided a group in Jerusalem for Tel-Aviv University. It was a bunch of scholars who research religion. One of them was a middle aged Kiwi lady who researches neo-paganism. When we sat down to lunch I brought up Lorde. I asked her how people in New Zealand experience the fact that they now have such an international star.”

“And she said: ‘neo-paganism’,” Shira blurted.

“She said something that has to do with neo-paganism. She said: ‘I like her a lot. I am moved by the fact she is a feminist.’ I mean, this woman’s research is about goddess worship. And I think that is what I like about Lorde myself. She is a smart young woman. You know, teenagers are a defamed demographic. They are always presented as a bunch of materialistic, hollow-headed no-goods, who consume trash and create nothing. When I see a smart, artistic, opinionated teenager I realize this is not the case. Lorde reminds me of the girls who went to high school with me. They were cool.

I didn’t say everything that follows on IDF radio, but did say some of it and hoped that the rest is implied: if teenagers can be political and groundbreaking, then a future is possible. I am an Israeli, a member of a society that largely gave up on its future. We are taught by our leaders not to look ahead, because they don’t have a future to offer us. Netanyahu is killing our future by building settlements, maintaining a siege, destroying any option for peace or normality. He can only maintain our support by making us forget that change for the better is possible, that authentic dialogue and wise compromise can be fruitful. It works for him nicely. My generation is lost, but we have no idea where Lorde’s generation here in this land may take us.

Shira and Michelle applauded when I finished, and the effect lingered. When I called her about “Buzzcut Season,” Shira gladly agreed to participate. She also gave me a lead to a fantastic Palestinian singer, folky songstress Luna Abu Nasser, and her phone number.

December has by now aged to its much loved final week, yet the city remained warm. Winters in Tel Aviv are so temperate, they should really be thought of as mild summers. Sometimes a cold spell does come, bringing rain to double the city in puddles. Reflected, its concrete cubes would get a cubist turn, evoking the European spirit of the city’s elders. Tel Aviv came into its own thanks to the arrival of German Jews in the 1930s. They were not here to realize Zionism, but to escape Hitler. They had little interest in settling the barren hills and creating a “new Jew.” They dreamed of sitting back in their cafe in Munich, sipping a Viennese coffee with lots of whipped cream, while outside it rained.

No rain yet, no wind either. I walked to Yaron’s house, bearing a bottle of whisky for the session, and arrived drenched with sweat. He poured us my scotch, then a single malt from his own fantastic collection, and played me his newest: a Hebrew version of a vintage Hollywood tune called “Baby It’s Cold Outside,” sung in duet with actress Maya Maron. (Find it at the end – the clip with a Hebrew title). It was truly lovely — amazing, in fact. I was surrounded by talent, shielded briefly from the horrors of the region by an armor of sweet music.

“Shira’s in,” I told him, “and she texted me the number of Luna Abu Nasser, but I can’t call her. This could turn into something. This could take us the next step. We could have a our first Arab singer, but she’s too good, so I’m shy. It’s like having Lorde’s number on my phone. I couldn’t call Lorde.”

“Have some more whiskey,” he suggested.