There’s more to Israeli music than your typical Do-Re-Mi, but as our heroes try to explore new scales, they run into a false note. 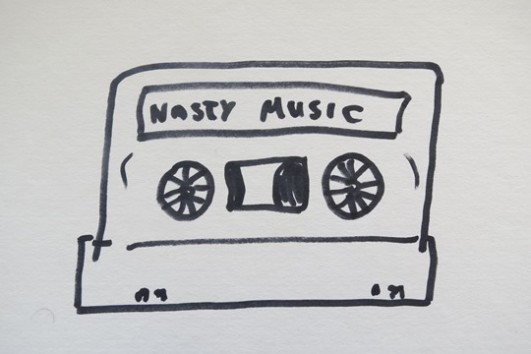 The storm was beating relentlessly at our shutters. It was too cold to go out to Nehama, too rainy to meet up and record. Yaron and I chatted online instead.

“I want one of the Israeli songs we do to be Mizrahi,” he wrote.

This was a good enough and important enough of an idea that it warrants a break from the anyway hibernating storyline to bring you a brief outline of Israeli musical history.

Zionism was born in Russia, and the first Zionist songs were Russian folk songs. Just ahead of the turn of the 20th century, Jewish immigrants began bringing Kalinka Kalinka sounds into a land with a very un-Russian groove, a land of Dabke and Mejana.

Later waves of European immigration brought some new influences and a little more openness. Yemenite Jews, who founded communities in the Holy Land starting in the early 1900s, had their own distinctly Middle Eastern groove. But for the most part, a dichotomy reigned, and at the time of Israel’s establishment Israeli music remained largely Slavic, while Palestinian music was Arab.

Enter the Cold War. The young State of Israel gradually turned into a small outpost of American interests in the Middle East, and with the yearly stipend came cultural baggage. The Russian pathos was largely replaced with American folk strumming. Mainstream Israeli musicians also found inspiration in Latin American “Nueva Cancion,” in French Chanson and eventually in rock. They seldom looked to the region for musical gifts. Arabs were the enemy, and their strange scales and use of quarter tones were a threat.

Meanwhile, a new musical civilization was brewing under the radar. Jews of Middle Eastern origins, most of whom arrived in the country during the ’50s, were making their own music. It was influenced by all sorts of Arabic and Mediterranean styles: from Moroccan and Yemenite to Greek and Turkish.

Mizrahi Jews (a term more comprehensive than “Sepharadic,” since it applies also to the communities of Iran and Arabia) make up at least half of Israel’s Jewish population, yet their music was rejected by the powerful hegemony. During my childhood, Mizrahi music existed neither on the radio nor in record stores. To the best of my knowledge, its recordings were only available it Tel Aviv’s central bus station, on cassette tapes. I grew up with the notion that these cassettes contained nothing but trash. Real music was Western music. Just as real culture was Western culture.

A shift came in the ’90s, caused, among other things, by hope. With the Oslo accords, Israel expressed a short lived will to merge with the rest of the Middle East. Middle Eastern attitudes and aesthetics suddenly appeared less threatening. The various Mizrahi styles finally broke onto the airwaves and the stages of classy arenas, but just as most Mizrahim remained marginalized in society, their music remained unwelcome by most Ashkenazim. I like to say that I enjoy it, but didn’t even think of bringing it into our project.

I’m Ashkenazi. We pretty much all share this blind spot.

Not all, though. Yaron, apparently, had Mizrahi sounds on his mind. Here was yet another challenge sure to sober us up. Segregation exists here not only between Jews and Arabs and between secular and ultra-Orthodox Jews. I knew no one who made this kind of music, and assumed the same of Yaron, but he surprised me: “I know just the guy,” he said.

“It’s Avi Dangor. You know, he used to do this character, Avi the singer.”

Something didn’t sound right. “Wasn’t Avi the Singer a parody on Mizrahi musicians?”

Yaron confirmed, “But at the same time, Avi is the real thing. He came from Qiryat Ata, from the ghetto, and he’s an amazing performer. You should see him at work.”

Who was I to deny “the real thing”? I said okay, but then talked it through with equally rained-in Ruthie, and wrote back to reject. “I understand that Avi is part of that community, and he has every right to make fun of it, but I am not, so I don’t.”

Yaron understood. He sent me a clip of singer named Shimon Buskila. Buskila was Mizrahi by name and by vocal mannerism, but his piano-driven crooning reminded me of Michael Bolton. “I love the way he sings,” Yaron insisted. “It’s very moving.”

We went back to discuss possible Palestinian partners. I brought up a few names, but Yaron cautioned that they wouldn’t fall in musically. “You’re thinking of political value,” he wrote, “I’m thinking about aesthetics, and what would make it interesting to the ear.”

What was with him? He wanted a Mizrahi singer, but a tongue in cheek one or a cheesy one. He was willing to jam with “the enemy” so long as it fit his musical palette? Where was his gall? The sun went down on our honeymoon stage. We were about to have our first musical fight.

“We need variety,” I wrote. “You are too attached to your musical line. We should present a spectrum.”

“A spectrum is made up of parallel lines,” he noted. “Joining the different and the similar — that is what makes something stick out. I just want us to have a concept.”

“Sure, sure, but try to embrace what doesn’t fall easily into it.”

“Otherwise it’s what we Ashkenazim always do: define a ‘cultural’ frame into which everything must conform.” 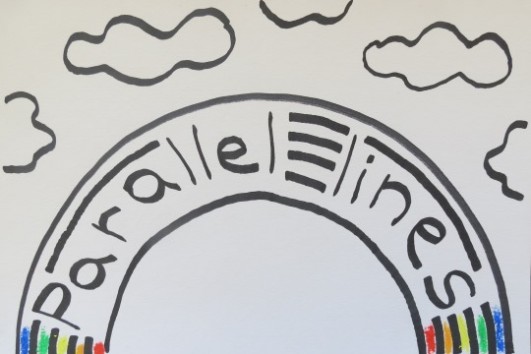 “What I am talking about transcends Ashkenazi politics,” Yaron insisted. “I’m thinking: if politics are the dividing factor, music must the bonding one. You are busy defining things according to social ideals. I’m looking for a uniting element, an internal language. What we do must succeed on both levels.”

This deserved some thought. “Alright,” I wrote. “The tension between your emphases and mine will yet breed something good. What matters is that we finally find our Fairouz.”

A moment of learning

Once the storm calmed a bit, I came over to Ramat Gan and we recorded a “guide” for our first Lorde song: “Buzzcut Season,” the project’s namesake and my favorite of all.

Yaron stubbornly refused to listen to the original, so perfectly put together by Lorde and her producer Joel Little. He had his own vision for the song. We overlaid a couple of guitars and played with some sampled beats, but things didn’t quite click.

Then he picked up an electric guitar and gave a solo, a Middle Eastern solo.

“Amazing!” I exclaimed, “So You’re tying it up going Mizrahi here, too! This is the exact guitar you’d find on Chaim Moshe recordings from the 80s.”

“Not quite,” said Yaron, “this is the softened version. When we mix this with what we already have, we would get Beri Sakharof, we would get Ehud Banai.”

I hoped for this project to be a learning experience, and here was a major moment of learning. Sakharof and Banai are Israeli rock musicians who both hit it big in the 90s. Both share Mizrahi roots, but grew up with occidental folk and rock. Both listened intently to Mizrahi music, as well as to the richness of the Arab world, and were among the first to incorporate those vibes into mainstream Israel’s strange mix of the Russian, American and Brazilian, creating something that is uniquely Israeli. We just did that too, out of necessity, out of loneliness in our still-grounded project. We creatively communed with our country’s most profound trait: its identity crisis.

(Below are five small joys. The first four are Mizrahi: Pe’er Tasi’s ode to a one night stand has been the biggest radio hit in Israel over the period described in the diaries. Chaim Moshe’s song dates back to 1982 and is actually in Arabic, which is rare, but happens. Zehava Ben is always wonderful, and Amir Benayun sings a Mizrahi version of what was originally a Western-styled Israeli tune. The last song is by fusionist Ehud Banai.)