The Turkel Committee (investigating the legality of Israel’s lethal response to the Gaza Flotilla in May of this year) is not only a transparent sham, it also undermines what little faith remains in the Israeli system’s ability to scrutinize and correct its own mistakes. 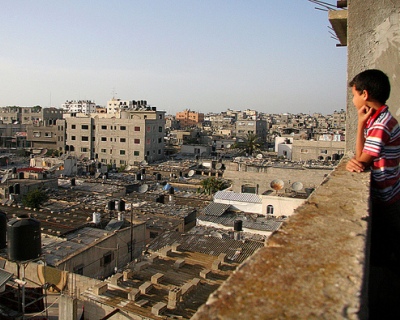 Noam has previously posted on a critical review [Hebrew] of the Turkel Committee (investigating the legality of Israel’s lethal response to the Gaza Flotilla in May of this year), by the Israeli blogger Tom. Now, in the final installment [Hebrew] of his critique, Tom uncovers his most damming finding yet.

Here is what committee member Reuven Merhav has to say about the legality of Israel’s siege on Gaza, while questioning a witness, during the hearings themselves:

… the state determines these things, and it declares a closure, and announces it, and it is legal by any standard, the supreme court approves it, and it meets every standard of international law… [emphasis mine]

And here is what the committee was asked to determine by the government when it was formed:

As you can easily see, the committee is not only evenhanded and unprejudiced, it is also remarkably efficient. Even before the hearings are concluded, one of its members (who is, by the way, no expert on international law) has already managed to answer one of the most difficult questions put before the committee. Mission accomplished.

Even one of his fellow panelists can see the problem:

I would like first of all, [to make] perhaps an interim comment, following previous comments, previous questions. Of course the question of the legitimacy of the Israeli maritime closure is a question that was put before the committee, and we will have to decide it after a full analysis of the facts and the legal aspects.

Tom continues to plow through the committee’s protocols, and finds plenty of further evidence substantiating the committee’s gross bias (as well as boorish sexism and racism), but really, is anything further required? The Turkel Committee is not only a transparent sham, it also undermines what little faith remains in the Israeli system’s ability to scrutinize and correct its own mistakes.

Note: the two quotes of Turkel committee members were translated by me, as the official translation of the protocol has not yet been posted on the committee’s website.