It’s tempting to believe that non-politicians are the antidote to bad politicians, but it’s also wrong. 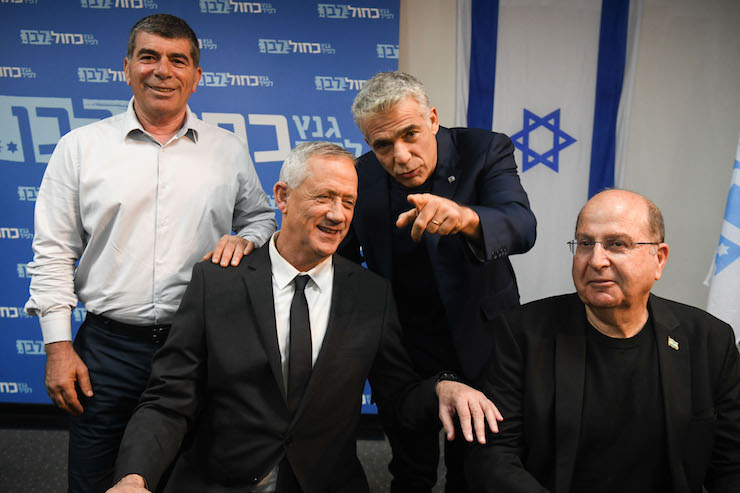 In 2011, the Israeli pop singer Roni Superstar released a song called “Adoni” — literally “my lord,” or colloquially, “sir.” For sarcastic overtones, “His highness” will also do. Here is my free translation:

The otherwise banal song kept surfacing in my mind during the last election cycle. Something about it seemed apposite.

Just before the party lists closed, there was frenzied speculation over which generals would go where. Would former Defense Minister Moshe Ya’alon merge with Benny Gantz, and would ex-Chief of Staff Gabi Ashkenazi join them? Each man wanted to enter politics on the condition that he would serve at the top: either he would have a shot at running the country, or vault into the role of a top minister. Winning the election was practically an afterthought.

Why did the generals think starting at the top was a reasonable expectation? Probably based on two main presumptions.

One is the myth that generals enjoy mystical credibility among Israelis, a belief that comes very close to entitlement. The other is that outsider politicians are all the rage, and not only in Israel. Voters are sick and tired of the old politicians; therefore, a candidate who is not tainted by “the system” automatically scores points. Both approaches are based mainly on empty clichés.

The idea that a dues ex machina will arise to create a nation out of scattered opposition tribes needs to be retired. Even Moses had political training – he was raised in the court of kings.

It’s logical that non-politicians are the antidote to bad politicians, but it’s also wrong. A decade ago, Barak Obama was the star “outsider;” now the fresh faces among American Democratic candidates are Bernie Sanders, Beto O’Rourke, Elizabeth Warren, Kemala Harris, and Pete Buttigieg. All have political experience. They are emerging leaders, but they are already politicians.

Isn’t Donald Trump the triumph of the outsider, a great roar of defiance against politicians? Absolutely. He is also the last person the Israeli opposition, or anyone else, should emulate. Emmanuel Macron looks like another great outsider victory, but he had already served in key government positions for years, including as a minister, before his victorious run for President.

What is the precedent for outsiders parachuting down to win or lead in Israel? None, actually.

Based on longevity in office, Netanyahu will soon be the most successful prime minister in Israeli history. But he reached the top only after substantial experience in politics and diplomacy, which uses similar skills. 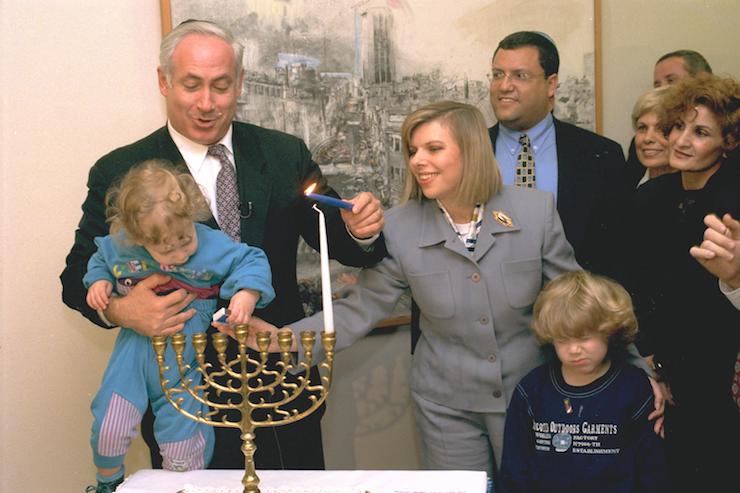 Prime Minister Benjamin Netanyahu lights Hanukkah candles alongside his wife Sara and their children during his first term as prime minister, December 5, 1996. (GPO)

Netanyahu cut his teeth explaining Israel in the United Nations in the mid-1980s after serving as number two at the U.S. embassy while the First Lebanon War raged. He served in Prime Minister Yitzhak Shamir’s government in the early 1990s, then won his party’s primary in 1993, , before becoming prime minister three years later. Perhaps he was still too new: his first term was no great success, and he suffered a ringing defeat in 1999.

Before Ehud Olmert won the 2006 elections, most Israelis considered him an askan — a wheeler and dealer, rather than a national leader.  But Olmert had clocked about three decades of political experience before that as a Likud activist, a parliamentarian, minister, and mayor of Jerusalem.

So much for outsider magic. What about the winning card — being a general? Everyone knows Israelis worship security, and that it takes a general to beat the right, right? Except that there couldn’t be more evidence to the contrary.

The last two decades are littered with vaunted military leaders who failed to get elected. Each ignited flashes of hope that burned out with all the fanfare of a birthday sparkler. Itzik Mordechai, Amnon Lipkin Shahak, Amram Mitznah, Shaul Mofaz. None reached the top; most didn’t come close. 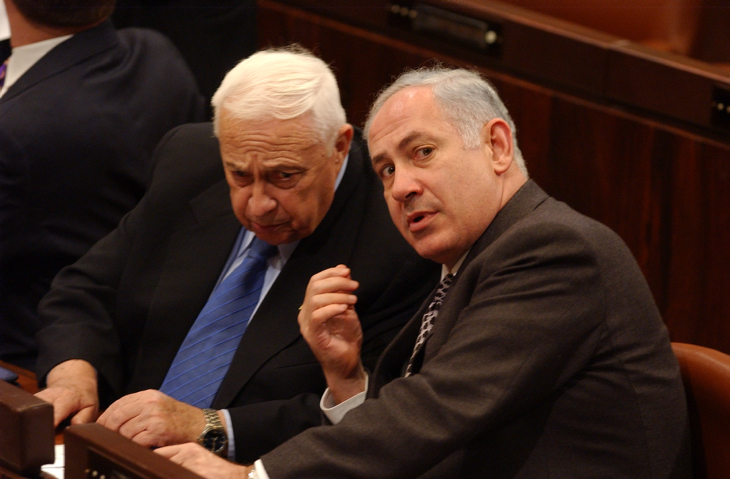 The generals who did succeed in politics were, quite simply, fantastic politicians. Take Ariel Sharon, whom Israelis still romanticize due the popular and inaccurate image of him as a warrior turned peacemaker. His career in the army ended in 1973, nearly three decades before he became prime minister. During that time, he served as a legislator in seven different Knesset terms and held no less than seven different ministerial portfolios. Clearly his military background help build his political image; but Sharon the politician he was seasoned as a sailor and cunning to boot.

The center and much of the left, of course, pines for a different symbolic general-leader: Yitzhak Rabin. How did he get there? Like Netanyahu, Rabin’s first public role was representing Israel in the U.S. as ambassador to Washington for five years starting in 1968. Upon his return he was appointed as a government minister for an admittedly short time before becoming prime minister in 1974. But Rabin didn’t actually win an election – he was approved by the Knesset after Golda Meir’s government resigned. He then served in every Knesset term and in several more ministerial roles before being elected prime minister in 1992.

One leader seemed to have that special sauce of top security credentials and the fresh face of a political outsider is Ehud Barak. Even he had a smattering of political experience: he retired from IDF in 1995 and held two ministerial positions under Yitzhak Rabin, then Shimon Peres, including foreign minister. He won the Labor primary in 1997 and became prime minister just four years after the end of his military career.

Barak’s leadership was an unmitigated disaster by pretty much any measure. His term was among the shortest in Israel and did incalculable damage to the cause of peace that left-wingers hold dear. His domestic political skills and coalition leadership were catastrophic.

Still, in 2019, Benny Gantz was so committed to the outsider theory, that he started his own party. But after convincing over one million voters to support him, former MK Nitzan Horowitz pointed out on Twitter that lately he has very little to say. Perhaps that’s because the party is hardly real — it has no actual ideology, infrastructure or base of voters. 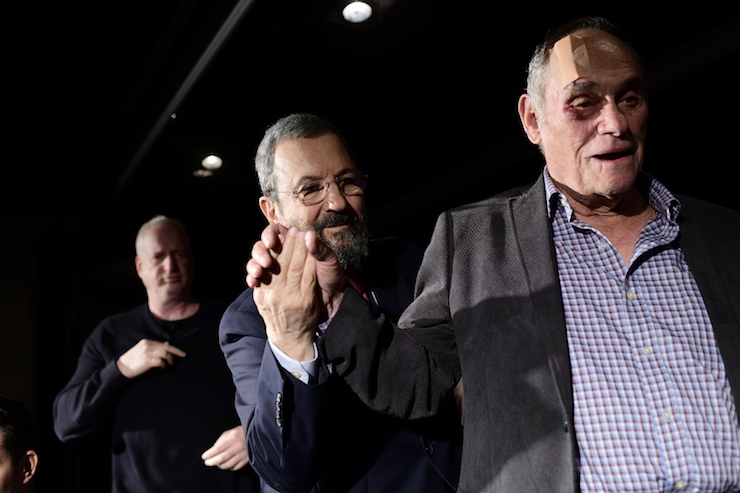 Even Yair Lapid has spent the last six years building and leading his party, Yesh Atid. This might be to Lapid’s credit, except that he probably only did it because he too entered politics as an outsider, and failed to win the top job so far.

Let’s just say it: it’s fine to appreciate the generals who serve their country at war, if that’s your thing. But in opposition politics, they are not a magic wand; they are a dead weight. They keep the national agenda focused on security, where the right always wins. They stake their claim based on their military prowess, which ensures that Palestinian-Arab citizens will never be real partners on the path for different leadership.

Generals are clueless on politics, huge on bluster, and they look funny in suits. Without their uniforms, they recall the Wizard of Oz without a curtain. If the fate of other politicians who parachuted into the left during the 2000s is any indication, these dilettantes probably won’t stick around. When special sauce turns out to be snake oil, opposition voters need to stop casting about for miracle cures.

Instead the Israeli opposition voter must learn to love the ones they’re with, so to speak. For years left-wingers have bemoaned that the opposition lacks a charismatic leader. Is that true? Shortly before the elections, as Labor’s poll numbers sank, campaign ads began to showcase the candidates on the list, rather than the ill-fitting leader. It was too late for 2019, but perhaps it was a head start for the next election cycles.

The left should start looking at the legislators who have stuck it out for a few cycles or earned high seats on their party lists as the future prime minister. In Labor, this includes Stav Shafir, Itzik Shmuly (Shelly Yechimovich and Amir Peretz had their chance already). Voters should learn their lesson and stop the rush to elect puffed-up outsiders. And why stop there? Given the promises of annexation and the eventual need for equal citizenship, Hadash MKs Ayman Odeh and Aida Touma-Sliman could be equally viable candidates too one day. And if they stick around in politics, by the time civic equality happens, they’ll have many years of experience.