A new best-selling novel by Nir Baram takes aim at the Israeli ‘peace industry,’ globalization and the sense of betrayal a generation of left wing and progressive operatives is leaving behind. 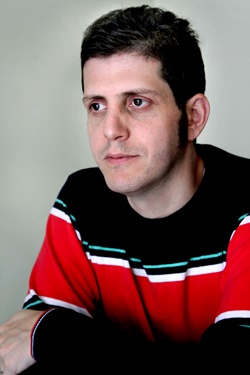 I’ve wanted to write about Nir Baram’s new novel, World Shadow (The book is alternatively titled, “The World is a Rumor” in English), for several weeks. It’s a story of power, the battle for and against it, and the inevitable corruption of all causes in the late-capitalist world. The theme is common to many works of fiction these days, but the context is unique, and especially the novel’s criticism of the Israeli Left and the two projects it has been involved in: the peace process and economic liberalization. Given Baram’s own history and personal credentials – he is the son of a veteran, well-respected Labor MK – I found these sections in the novel to be particularly interesting.

The complicated plot of World Shadow – as complicated as the political and economic structures that dominates our lives – is told from three points of view: an ambitious businessman’s journey into the heart of the Israeli political and business elite (and his inevitable fall from grace); a group of mostly British anarchists’ attempt to organize an international strike that would fatally disrupt the capitalist order; and the story of an imaginary, global, democratic-leaning, consulting company that is hired to carry out shady political assignments all over the world.

A turning point in the career of the novel’s Israeli hero, Gabriel Manzur, takes place when he is made the representative of a Jewish-American fund in Israel – one which supports soft-leftist causes, from student loans to democracy and peace-building. Later, Manzur and his partners become closer to the Labor elite that ran the peace process and the rapid privatization of the Israeli market that went hand-in-hand with it.

Drawing connections between capitalism and the failure of the peace process is not a new idea, but Baram takes it beyond academic analysis. He tries, and mostly succeeds, to describe the way the process worked, not just from an organizational perspective but also inside people’s minds. He demonstrates how peace became the project of a certain political and economic elite, and what rationalizations were made when the peace process went from being an objective and became a means for achieving power. As the “local” part of the plot advances, the creation of a new Middle East becomes a business venture, and diplomacy turns into the ultimate networking event.

Over the years, I’ve met Nir Baram at various left-wing initiatives. His name often appears on writers’ petitions against the occupation, and before the 2009 election campaign he was involved in a largely failed attempt to revive Meretz. World Shadow is Baram’s third major novel; it has been one at the top of Israel’s bestseller lists for the past five weeks. I conducted a short email interview with Baram about the criticisms of left-wing politics in his book.

Q: Your criticism of the peace process is very different from the common narrative. It’s not about the settlements or security, but rather the manipulations of local and global elites.

For over a decade now I have been examining the peace project – in which I believed, rather naively, during the 90s – from a critical perspective. Gradually I understood that while many of the people involved in the project really believed in peace, at the same time, they learned to speak the language of peace and globalization and to use this language to better their financial status. It is not a conspiracy but simply the outline of a process.

Just like the Right, the Israeli Left adopted [Baram uses the Hebrew word which means “enslaved” – N.S.] global capitalistic principals, including outrageous privatization and a constant battle with organized labor. It did it in part because of its own close connections with global institutions and corporations that supported the peace process.

What about the current round of negotiations?

The interesting thing is that the process has been going on for years now, even though it is obvious that there’s no chance for an agreement, and then you ask yourself: why don’t these people initiate a real assessment of reality?

In the last decade it was proven that in order to maintain economic growth in Israel, “peace” is not needed and an indefinite process is enough. The result: we have been talking for 40 years about the two-state solution while at the same time, a reality of occupation and dispossession planted its roots. How long can you maintain a process that doesn’t change a thing in the day-t0-day reality? Will we be in ‘the process’ in 2045 as well? It seems that the process became its own justification.

World Shadow, which describes the actions of a global consulting firm through email exchanges between its senior employees, has won many praises in the local press for its literary achievement (the novel as a whole received mostly positive reviews). It is just as interesting from a political perspective. The workers at the firm hold the highest moral ideas – some are progressives, one is even described as a hero of some civil rights struggles – yet they work for dubious candidates and at times even for criminals. Much of their correspondence has to do with an effort to reconcile their ideals with political games. The dark tone of the novel suggests that even the best of people can rationalize the worst of actions, when it serves their interests.

Reading the novel, I thought about the ease with which President Clinton, who is admired by the Israeli Left for his role in the Oslo years, moved into a lobbying position for international companies that were working directly against the interests of the Israeli public regarding taxation of natural gas companies.

I asked Baram where he came up with the idea of the firm, and which people he had in mind.

I read a great deal about such consulting firms. And I understood that a novel like this can’t describe good and bad, black and white. People who work in companies like MSV [this is the name of the lobbying and consulting firm in the novel – N.S.] have principles, things they believe in – and they live in a constant struggle between their jobs and the values they believe in.

This tension is especially fascinating in our generation, where so many people work for companies, corporations, governments, etc., whose actions they oppose. In my opinion, this fact is what gave  complexity to the part of the novel about MSV.

I really wondered how I should describe the essence of an international political consulting corporation. And the conclusion was that the sum of correspondence between the senior employees, in which conspiracies are being hatched, planes, where they talk about personal life, ethics and money, about hopes for the future and ways to politically eliminate the president of Bolivia – all these are actually the “corporate soul.” In a way I handed the story to the company’s workers. It was quite a challenge creating different characters only through emails and protocols, sometimes with a single sentence.

Your Israeli hero is the representative of an investment fund which supports democracy and peace in Israel. Reading the book, I had the feeling that you are suspicious of the growing dependence of the Israeli Left on foreign support and funding. I must admit that this is an issue that is on my mind as well.

I used to be in such an NGO – one that really does important work – and in every discussion, they asked: “Wait, is this idea political? If it’s political than it can’t be done.” The entire fight, the vision, was shattered for so many NGOs, each doing important work, but one which is confined to a tiny fragment of the world. That’s one problem.

Moreover, the money from abroad comes with a set of rules, do’s and don’ts; this is something that castrates the potential of constant political action. Like what [the head of MSV] Thorstin Vanderslys says in the novel, and I tend to agree with him on this: “the best political and moral minds are busy in an endless negotiation with government offices, but there is no force that fights for the grand political vision.”

Like many other works of fiction from recent years, your book replaces Communism with Anarchism as the dominant ideology – or fantasy? – of left-wing revolutionary forces. Why did this change took place in your opinion?

The rebels in the novel indeed don’t promise a brave new world. That is the trap, right? The capitalism of the past 30 years drains the wealth of 90 percent to the benefit 2 or 3 percent. This is crystal clear by now. Last month it was reported that 95 percent of the financial recovery’s fruits in the U.S.A. landed in the hands of the upper 1 percent. This is such a chilling fact that just because of it millions were supposed to flood the streets in protest. But when you raise opposition to it, you’re immediately confronted by this reaction: do you have a better model? Please explain. And every model you suggest will be shoved aside with, “That’s already failed.”

Now, Anarchism obviously rose because of the failure of the communist project in the Soviet Union, but the London rebels I describe say something else when they call for a billion-strong strike – “we don’t have an image of redemption right now. First we will disrupt the current order, which is the greatest disaster, and then, after we match the power of global capitalism, we will speak about the future.” A fight doesn’t require the clear image of a new order. You fight evil because it’s evil now, and out of the struggle solutions emerge.

What’s missing from World Shadow is the Right – both on a local Jewish-Israeli level, and on the international front. Each generation in the Zionist Left has told his own story and scrutinized his parents. Yet Baram published his novel when the Right – and often, the religious right – is the dominant political, cultural and ideological force in Israel. One could almost feel that this is the last novel of the Zionist Left, and by the time it ends, not much of it remains. Even the focus of the plot shifts and major events take place in London and South America, not Tel Aviv. 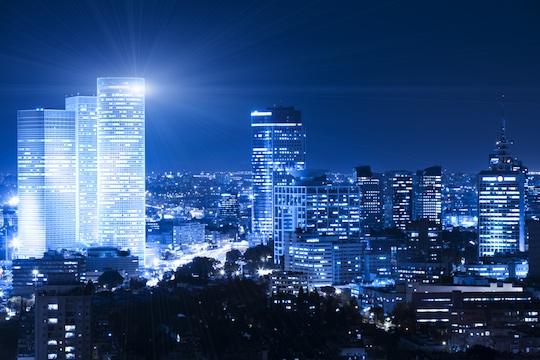 What remains of the lefty elite has sold out or lost touch with the masses; the political parties are fragmented, lacking a coherent ideology or strategy; and the political causes depend on life support from American and European liberals. A new generation of activists sees itself as part of an international movement, alienated from its parents and their causes and indifferent to the national identity. Could this break down end up being the beginning of something new? We may never know, Baram would say. For the time being, all that is left is to resist.