When the Left is right. 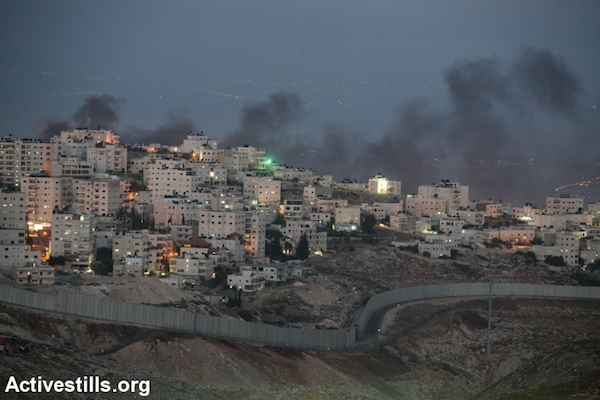 For years, Cassandras on the Left warned that the festering captivity of the stateless Palestinian population living under military rule would reach a breaking point. There would be a third intifada, maybe a bloodbath. At the very least, said the Left, there would be a drastic collapse of Israel as we know it — the Israel we dreamed of. Israel would become an isolated pariah state with a cruel elite ruling over a desperate, legally inferior people, or else a neutral political entity with no traces of Jewish anything. They said that the two-state window was closing at least five years back.

Now, journalists, diplomats, caring outsiders and erstwhile insiders long gone, ask me regularly if we are reaching these breaking points.

Here is what I see around me: in the last decade there have been four full-out wars and now possibly a fifth as the violence accelerates around Jerusalem. Four of those wars are from the last six years alone; the pace of open hostilities is quickening.

Inside Israel, even as the socio-economic and educational status of Palestinian-Arab citizens improves, racist antagonism is worse than at any time since the end of military rule over Arab citizens in 1966. Now the hostility flows from all directions: from elected representatives, government ministers, and some portions of the public as well.

Abroad, western nations that should have been Israel’s best friends are despairing. The Scandinavian and Western European countries who are so close to Israel in terms of a social-democratic ethos and socially liberal values; yet they are the most alienated by Israel’s policy regarding the Palestinians. They know the painful history, they welcomed Israel into all Western clubs despite the conflict. But younger generations no longer comprehend how the 20th century traumas justify the 21st century political anomaly of eternal occupation. Some are angry that Israel sells itself as a democratic society, then protests that criticism of occupation is anti-Semitic or hypocritical, because Syria is worse.

The representatives of these communities I have met — bureaucrats, civil society and citizens — strike me as neither anti-Semitic nor unsympathetic to Israeli suffering in this conflict. They are simply confounded as to why Israel does not reach the conclusion that seems most obvious: the policy of occupation must end. They do not understand why citizens tolerate it. 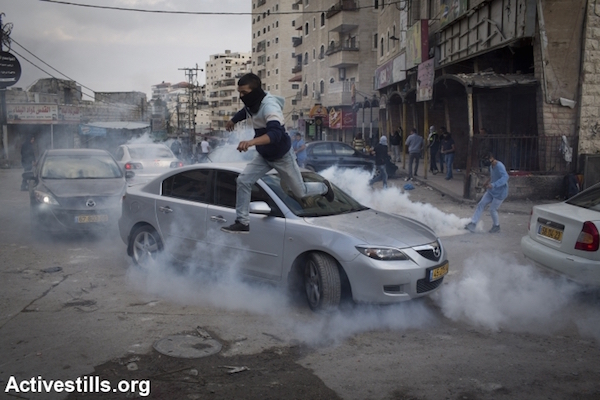 European allies are now eyeing policy to back up their critical rhetoric. The EU guidelines to avoid funding Israeli projects in the West Bank are a major change: foreign governments of allied countries now restrict interaction with Israel.

America remains the last bulwark against much deeper isolation. It is America’s UN veto, America’s enormous global weight, American financial and military aid that props up Israel’s standing and policies. For these reasons, America was thought to hold the keys to a solution. But as my wise friend Matt Duss pointed out in the wake of “chicken-gate”:

In the past, the U.S. worked hard to block [forms of diplomatic pressure and condemnation of Israel] on the premise that they undermined bilateral Palestinian-Israeli efforts to resolve the conflict. With the Israeli government now uninterested in any such efforts, that argument no longer works.

Polls show that American people are moving away from blanket support for Israel, towards partisan divides: in other words, Democrats are applying their generally liberal, rights- and equality-oriented worldview to the Israeli-Palestinian conflict and coming up short, compared to Republicans, with their Hobbsington approach (Hobbes + Huntington, get it?) and much higher support for Israel.

As one worried Israeli at my seder table this year put it, America may not be there forever.

On both sides of the pond, the boycott concept is on an upward trajectory. It is easy to support as a non-violent protest, it is perceived to have a moral and practical history of success in South Africa. Since the call has come from Palestinians, it can be seen as a simple symbol of solidarity with the oppressed. Israel supporters should fear the day the BDS movement tones down its maximalist and overreaching rhetoric and becomes moderate, pragmatic. It will much harder for anyone opposed to the occupation to say no.

So is the “breaking point” coming nearer? In hindsight, I believe we will realize that it’s already arrived.

Yet here in Israel, August came and Israelis said ‘the war is over.’ I found myself unable to say these words. The war did not start in July and it did not end in August. The violence in Jerusalem is not an irrational, arbitrary, Jew-hating outburst of savages. It is a predictable human response to an intolerable situation that refuses to end.

Here in Israel, people laugh and shout about the possibility of upcoming elections. The Right gloats in its demographics, the mainstream Left pins its hopes on the sanity expressed by new President Reuven Rivlin. I lauded the president too, just last week. But when one article after another sees him as the only sign of hope or change, and  Avraham Burg writes ,“thank god there is a new president in Israel…Long live the president! For the glory of Israeli society,” I have to ask: is he too little, too late? Can one ceremonial figure make all the difference? Can internal soul-searching make any difference if the Israeli-Palestinian conflict, which Rivlin can’t really change, continues?

Or is Rivlin thinking something else? Is he trying to show that Israel can in fact become a fair and equal society among Jews and Arabs, and thereby plant different seeds for a solution?

Related:
The only way to stop stone throwing is to end the occupation
Rabin memorial makes clear Israel’s peace camp stuck in the 90s