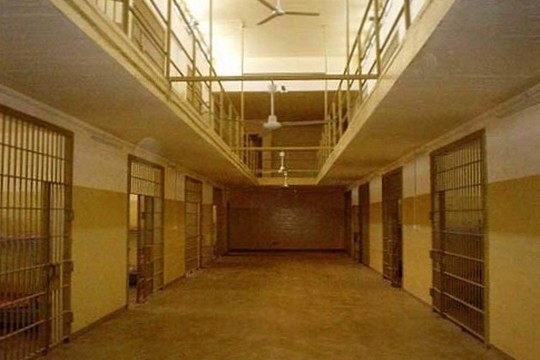 Some have compared the act of hunger striking to terrorism, claiming that there is no difference between a suicide bomber who targets civilians on a bus and a political prisoner who puts himself on the verge of death.

These types of comparisons are baseless, of course. And it is also important to remember that hunger strikes have played an important role in the struggle of political prisoners, from suffragists in America to Mahatma Gandhi in India, as a means of resisting unfair detentions and court decisions the prisoners have deemed illegal.

Many Jews were imprisoned for political reasons, because of anti-Semitism, or because of their connections to radical or Zionist organizations (including this writer’s own great grandfather, who was imprisoned in Russia because he was a Zionist and escaped to mandatory Palestine in 1927). And even in the prisons of mandatory Palestine, communists and revisionists used hunger strikes as part of their political battles.

In Iraq, the subject of my research, Jewish prisoners used hunger strikes in the 1950s.

Since the mid-1940s, two illegal underground organizations had been growing in influence in Iraq among Jewish youth and students: the Zionist and the Communist. The Zionist movement was smaller, in contrast to the Communists, who exerted influence throughout all of Iraq and included all faiths.

The Iraqi government brutally repressed both movements. Many Jews who were, in fact, neither Zionist nor communist, were arrested by the state in 1948 on the false accusations that they were members of those organizations.

One of the most infamous prisons in Iraq was Nuqrat al-Salman, a fortress in the desert where Jewish and non-Jewish political prisoners were kept. In 1951, Nukqat al-Salman held 50 Jewish prisoners out of the 162 political prisoners; 8 Jews had been stripped of their nationality. Paradoxically, moreover, the jails in Iraq became a hotbed for political activity, given that they contained such a concentrated number of Communists.

In July 1951, the prisoners began a hunger strike, which quickly became a nation-wide event. The political prisoners argued that the court which judged them did not have the authority to do so—part of them were, in fact, judged by emergency laws imposed in 1948—and demanded that the prison be closed.

The Iraqi opposition, from both the left and the right, reported on the hunger strikes and the tortures through their newspapers. Protests broke out in Baghdad and in Basra to display support for the hunger strikers. Until today, the 1950s hunger strike protests are remembered as one of the critical aspects of what became a wave of protests against the regime.

Another case relates to a 16-year-old girl, Regina Lukai (now Herzliya Lukai) from Irbil in northern Iraq, who had been arrested because she simply had a letter in Hebrew. She recalls being imprisoned in Irbil with male prisoners who protected her from the police guards.  She was then transferred to Baghdad, interrogated and, though she was not provided an attorney, was sentenced to a two year imprisonment on charges of cooperation with Zionism.

She served six months in Baghdad, and then was again transferred to a prison in Irbil, where she joined communist female prisoners and needed to pretend to be a communist in order to be in their graces. Together, the women began a hunger strike, and Regina was on her 21st day when she was force fed along with her fellow inmates. On the way to the force feeding, the women screamed that they were political prisoners. The strike itself was covered in the press.

Regina, who was ultimately released and celebrated in her city of birth, was the subject of a film shown on Israeli television in 1989 called “Tsamot.” The hunger strike frames the narrative and appears in the beginning and the end of the story.

I assume that at this point many readers might be annoyed, and rightly so. After all, there is nothing alike in the Zionist and Communist undergrounds and the Islamic Jihad of which Mohammad Allan is allegedly a member. The undergrounds in Iraq were secular and modern. The communists encompassed all religions and protested sectarianism. These organizations have nothing in common with Islamic Jihad in their world view or their tactics.

However, all hunger strikers – Iraqi and Palestinian, Muslims, Christians, and Jews – raised similar claims: that prisoners are entitled to the right of a fair trial, that an attorney present their case, that their imprisonment conditions be fair, and that torture would not be a part of their “interrogations.”

From a meeting with a former Jewish communist who was imprisoned in Iraq because of his political activity, who until today suffers from medical complications as a result, I remember him telling me, “You know, the political prisoners today [speaking of those here and in the US], suffer more.”

Much humanity is required of a man who was tortured to identify today with prisoners whose perspectives and acts are very different than his own. But it seems like this humanity, in relation to prisoners in our society in general, and to political prisoners in particular, is sorely absent in Israel today.

And finally a short historical note on the right-wingers in Israel. Some seem to envy the “accomplishments” of Margaret Thatcher, to whose funeral our prime minister rushed a while ago. The “brave” Margaret Thatcher, who allowed Irish hunger strikers to die during the hunger strikes of the IRA in 1981 is a leader they wished Israel had. The actions of the Irish Michael Collins or Eamon de Valera (a famous hunger striker in his own right) were admired by members of the Stern Gang like Yitzhak Shamir, Aba Ahimeir, and others in the Israeli right. During that period, their fight against British imperialism was considered a noble cause.

Professor Orit Bashkin is a historian dealing with modern Middle Eastern history who teaches at the University of Chicago. This article was first published in Hebrew on Local Call.