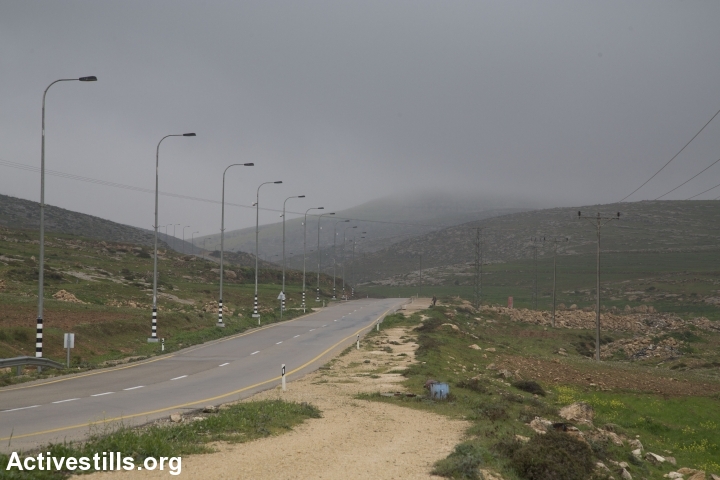 A road leading through the West Bank. (Oren Ziv/Activestills.org)

I began writing this series in December 2014, just a few months after I arrived in the United States, and finished in September of 2015. Much has changed since then.

Shortly after I finished the last essay, the current escalation in violence began. I also returned to Israel-Palestine for October and November of 2015 (read about that trip here) to update my research for a forthcoming book about migrant workers and African asylum seekers in the Jewish state, a project I’ve been working on in one form or another since 2007.

Despite heightened political tensions, I met with my husband’s family for the first time in November of 2015. And in January of 2015, I gave birth to our first child. Mohammad and I got our happy ending. But what about Israel and Palestine? Can the two peoples also have a happy ending?

Considering that the Israeli government already controls most aspects of life between the river and sea, there’s already a de facto one state on the ground. I felt an acknowledgment of that single state was inevitable. It was only a matter of time — well, time, and international pressure.

After my experiences living and working in both the West Bank and Israel, however — and much has been omitted from this series — I no longer believe that there is a solution to the conflict, in part because so many foreigners, Israelis, and Palestinians have a vested interest in the continuation of the conflict.

Even if there is eventually some sort of a peace agreement, I don’t believe that it will put an end to the fighting, whether that fighting is internal or between the “two sides” (though there are arguably more than “two sides” involved).

Lastly, a number of readers have emailed and messaged, asking if I will and suggesting that I should turn the series into a book. I’m trying. Thank you for your encouragement. And thanks for reading.