The American network CBS – via its flagship news magazine show, “60 Minutes” – gave the tiny peninsula Kingdom of Qatar a free ride in its report earlier this year exploring the small gulf nation. Correspondent Bob Simon, dubbed by the network itself as “the most honored journalist in international reporting,” delivered a public relations coup to the Emir and his government (i.e. family) by failing to properly investigate life in the country of less than two million people (the majority of whom are foreign laborers).

Simon was partially right.  Yes, for many – namely, the wealthy portion of the one-quarter of population that is actually Qataris – life is content thanks to an absurd amount of amenities and luxuries courtesy of global oil prices. But those who do not fall into that category do exist, and for the most part their stories are untold.

Salim (not his real name) is a Lebanese man I met through friends over dinner at the souk one night in 2009. He is gay and has been with his partner – a married Qatari man – for a number of years. (Such extramarital affairs are said to be quite common.)  Salim has lived in Qatar for more than a decade.  And when we met, he revealed that a few years prior to the dinner, he was arrested upon arrival at the airport in Doha just as he was returning from a large party in Western Europe. Salim claims he was held and beaten for three days and repeatedly called names considered derogatory terms for homosexual men. Perhaps by coincidence, though likely not, he said that just days earlier, a male member of the extended Qatari royal family made advances towards him at the party. Salim rejected him, which he claims angered the Qatari man.

Michel (not his real name) is also Lebanese. When I met him in 2008, he was working for Qatar Airways, the national carrier, based in Doha but flying around the world.  He and other airline crew live in dormitories, which include a curfew and constant monitoring of their comings and goings. He told me that his first dorm-mate was evicted from the country when authorities discovered he was HIV-positive. According to Michel, the individual was taken from the government office – where he was told of his deportation – directly to the airport, not even permitted to go “home” and collect his things, which Michel says he ended up shipping to him.

Their stories go unheard.  As will Lucy’s (not her real name), a young Filipina woman working (then, not sure about now) in the canteen of the Al Jazeera English compound. Lucy, at the time, was employed via a subcontractor.  She worked at the Al Jazeera facility six days a week. On the seventh day, she told me, the subcontractor employed her elsewhere.  When I mentioned to the person standing in the canteen queue behind me – one of the highest ranking directors of the channel – that Lucy works non-stop seven days a week, he seemed unbothered. He heard me, but was unresponsive. (Disclaimer: I worked at Al Jazeera English for five years and found the majority of people there to be actively dedicated to the rights of global laborers.) 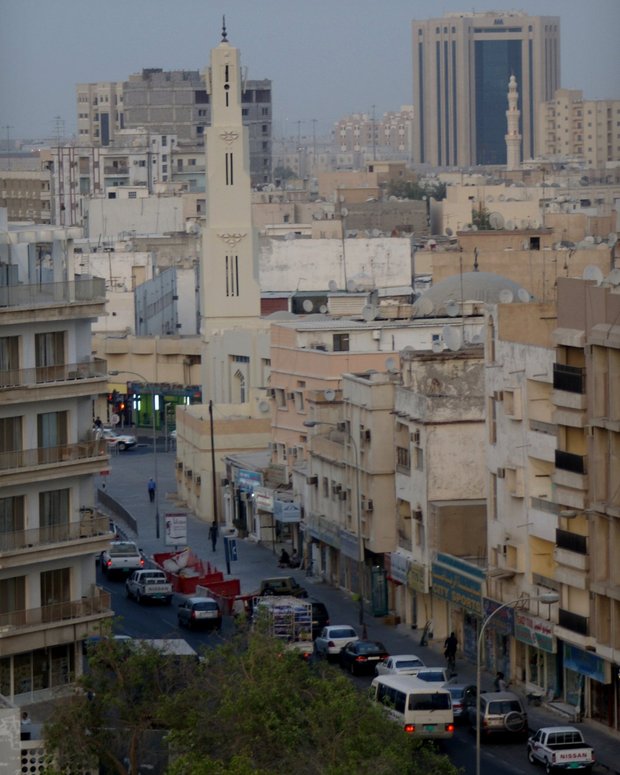 Lucy is not alone.  Foreign laborers working in Qatar, more than three-quarters of the people physically residing there, have few-to-no rights. Most (unlike Lucy) have Fridays off, when they are seen congregating in public places. A sign posted at the front entrance of the glitzy shopping center, which  Simon refers to as a sort of “Rodeo Drive,” indicates they are not welcome inside.  Technically, the sign notes that Friday is for “Families-only,” a clear reference excluding the South Asian workers who are in Qatar earning money – remittances – to send back home to their spouses and children.  I, a single caucasian male, was not prevented from entering the center, nor was I harassed while inside.  The foreign laborers are not wealthy, of course, nor are they considered in assessments of national wealth. Hence, the figures referred to by many, including CBS, in which Qataris are the world’s richest people, bear a hint of deception, as the majority of the people in Qatar are not actually counted. It would be like saying that Californians are the richest in America based solely on the incomes of people in Bel Air. 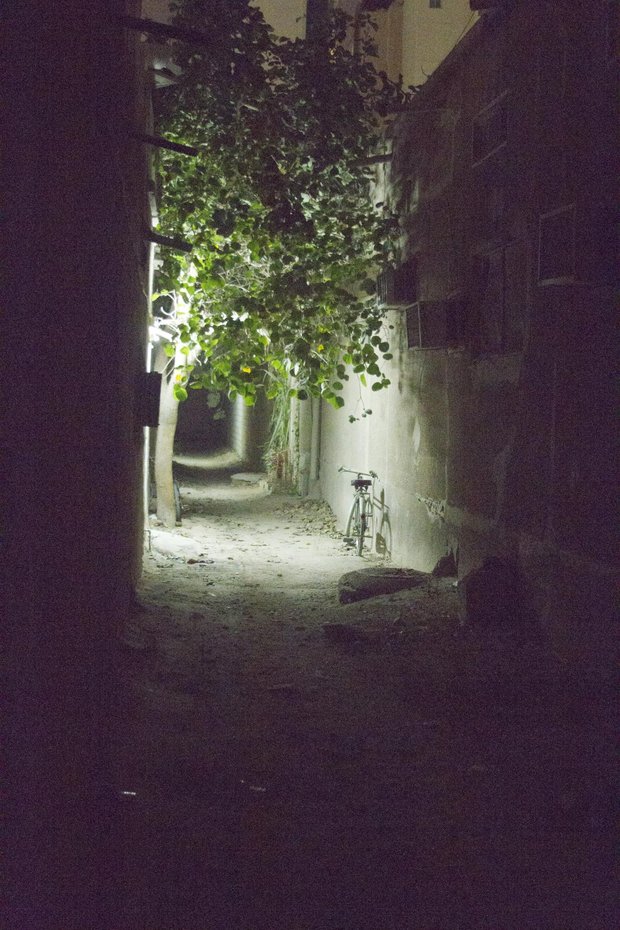 An alley in Souq Waqif, where many Filipino, South Indian and Bangladeshi workers (photo: kate.gardiner/flckr/cc) live, Doha, Qatar, May 2011 (photo:

Then there are those who are not counted by any measures. Hassan (not his real name) and his family (a mother and nine siblings, the father died in a car crash) are “Bidun.” Translating from the Arabic word “without,” Bidun are technically stateless “leftovers” in the Gulf. In neighboring Kuwait, they number more than 100,000. In Qatar, their numbers are much smaller, but their problems and daily struggles in coping with statelessness are just as real. According to Human Rights Watch, “Bidun cannot register for education or health benefits, or legally hold employment.  The government does not register the birth of Bidun children.” For Hassan, this means constantly operating beneath the radar, using roads that do not have checkpoints, ensuring he is home during specific hours of the evening, and avoiding all risks that might result in his arrest or, worse, expulsion. According to Hassan, a Qatari man claiming that he would help the family obtain citizenship documents for a North African country took their money and disappeared, wiping the family of most of their savings and leaving them with no official channels for recourse.

Perhaps most upsetting was the site of a particular roundabout (of which there are many) in Doha where, I was told, Pashtun men are sexually solicited by local Qatari men. An adjacent lot on the corner which overnight serves as a parking facility for large transport trucks reportedly provides the cloak of nighttime darkness and discretion for such activities. I myself did not witness any active solicitation or engagement, but I did see dozens of young, Pashtun men loitering at this particular roundabout, and one told us he had often gone with Arab men who offered him money.

Stories like these are just the tip of the iceberg.  A deeper investigation into life in Qatar, particularly in a report that claims to examine from the inside the country and its growing role, should have explored these and similar narratives. In addition, CBS should have been more educated in its questions – as in, aware of the sectarian, religious, ethnic, tribal tensions and rivalries that exist among the Arab world, of which Qatar is a player with specific interests.  It should have also been more honest about some facts – like Qatar’s preference for promoting advanced education in the physical sciences and not in the liberal arts (presumably because chemists don’t lead revolutions).  And it should now be more apologetic about some obvious omissions – like any reference to the ongoing unrest in Qatar’s neighbor, Bahrain.  After all, Qatar is part of the Saudi-led GCC (Gulf Cooperation Council) that sent its troops to quell the Shia Bahraini demonstrators. However, mentioning these things would have likely angered all of the people Simon interviews: the King, the Prime Minister and an adviser to the army (who drives him around).

Which brings me to the my last question.  Where was the voice of criticism?