For Israelis wishing to participate in a common struggle, relieving ourselves of our ignorance and arrogance should be the top priority. Not for the sake of Palestinians – for our own sake, to restore our own humanity. 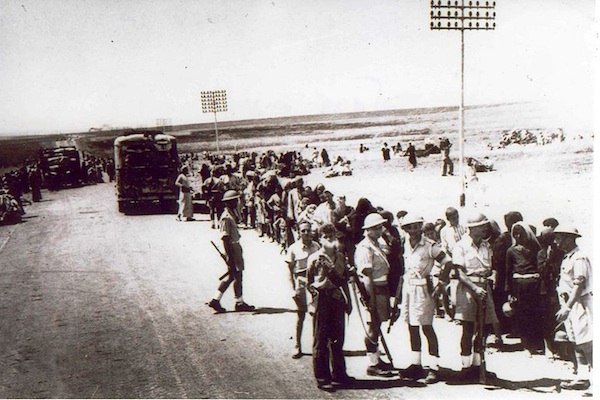 About a decade ago, when I was studying for my first degree at Tel Aviv University, I went to a weekend retreat organized by Neve Shalom/Wahat al-Salam to meet Palestinian students from the West Bank. The retreat took place at a location near Bethlehem that was relatively accessible for the Palestinians, but they still had to pass through checkpoints, some getting beaten or humiliated in order to meet us.

Neve-Shalom/Wahat al-Salam’s workshops are structured very formally. During the inter-Jewish meetings I was the perfect leftist, constantly scolding other participants for views that weren’t progressive enough. And when we met the Palestinians, I tried hard to be accommodating and supportive, hanging out with them after the meetings and using my primitive spoken Arabic to listen to their experiences and questions about Israelis.

Near the end of the workshop we split into groups to “solve” different aspects of the conflict together: Jerusalem, borders, one state or two? As the progressive I thought I was, I confidently chose the group on possibly the most explosive topic – the Right of Return. We Israeli Jews convened first, and came up with a generous proposal: we would allow 100,000 Palestinians into our own country! This would be difficult for us to “sell” to our public, it was much to the left of the Israeli consensus at the time, but we were still willing to take what seemed like a brave and generous step.

When we offered the limited entry into our country to the Palestinian students, they weren’t as grateful as we had anticipated. In fact, they were profoundly insulted, deeply disappointed. In the closing meeting of the workshop, they spoke of how disillusioned they had become, how they felt that in the end, Zionist upbringing influences all of us Israelis, even the ones that initially seem reasonable and open-minded. I tried to argue with them, explain to them, but it was too late. I remember watching them leave, climbing over the fences of the compound to circumvent the Israeli soldiers in the area, in order to try and avoid being arrested. I was sobbing. I felt I had disappointed them and disappointed myself, despite my best intentions.

We don’t talk enough about Israeli arrogance as a huge barrier to any form of Israeli-Palestinian cooperation, even co-resisting the occupation. So we keep assuming that the land is simply ours, even if Palestinians were born there, even if their families lived there for generations. We’re sure our violence is better because we only hit civilians by accident. We try to teach them to be reasonable and to accommodate themselves to our higher moral standards if they want us to listen to them. Intended or not, the arrogance is there, and not just among right-wing extremists.

Where does this arrogance come from? Consider a quintessential example, Golda Meir’s notorious statement to the Sunday Times in 1969:

“It is not as though… we came and threw them out and took their country away from them.” Meir felt confident proclaiming this in 1969, 20 years after over 750,000 people, about 80 percent of the Palestinian population of the area that became Israel, were either driven out by force or violently prevented from returning. Twenty years of impunity, when generals like Yigal Alon, who had systematically cleansed the areas they conquered of every single Palestinian village and town, served as government ministers alongside Meir.

But few of those who have heard of this statement know of Meir’s history during 1948 itself. Yaakov Lublini, the Israeli military ruler of Haifa, recalls an incident in April, when the city was conquered and most of its Palestinians left or were expelled:

We walked up some stairs. The apartments on the first two floors were abandoned. When we reached the third floor, an old Arab woman approached us, carrying some bundles. When she saw Golda she stopped and burst into tears. Golda stopped, looked at her, and tears streamed down her face. The two women stood there and cried.

It’s a shocking thing to see the city dead […] near the port I found children, women and old men waiting to a way out. I went into the houses, there were houses where the coffee and the pita-bread were left on the table. I couldn’t but see with my eyes that this must have been the picture in many [East European] Jewish towns [ayarot yehudiyot]

I do not wish to idealize the Meir of 1948. Despite her tears, she never seriously challenged the massive expulsion and prevention of return orchestrated by her colleagues in the ruling Mapai party, led of course by Ben-Gurion. But these moments of humanity and identification across ethnic boundaries are a reminder of what could have been, before years of arrogance and denial hardened her heart.

Israelis born after the Nakba rarely cry about it. We rely on our formulas: “these things happen in wars”; “this wouldn’t have happened if they accepted the UN partition resolution”; “you cannot set the clock back.” All this in a country that grants Jewish immigrants significant financial benefits under the Law of Return – a law that aims to correct injustices caused 2,000 years ago by the Roman Empire. Persecution of Jews in Europe, and the Holocaust in particular, are an unavoidable part of every discussion of the occupation, or of Israel’s policy towards Iran. The destruction of over 400 villages and towns six decades ago is within living memory, but Israeli Jews treat it as an obscure historical detail that Palestinians just need to get over already.

History forms people’s identities, and Palestinians are no more likely to shed their history than Israelis. Both peoples are destined to live together and the only true alternative to remaining separate and unequal is a common struggle. For Israelis wishing to participate in such a struggle, relieving ourselves of our ignorance and arrogance should be the top priority. Not for the sake of Palestinians – for our own sake, to restore our own humanity.

Go and learn: if you want to educate yourself about this hidden history, watch Palestinian and Israeli testimonies here and here. Learn here about life in the largest pre-1948 Palestinian town. Go on a tour of former Palestinian villages guided by refugees. Attend ceremonies organized around the country on May 15th. Learning the details can be hard, it can be distressing, but the reward is sweet – liberating ourselves from our racism.

Read more:
PHOTOS: Palestinians commemorate Nakba Day with rallies and protests
Despite efforts to erase it, the Nakba’s memory is more present than ever in Israel
Report: Forced displacement on both sides of the Green Line
Remembering the Nakba, understanding this is a shared land
The Palestinian Nakba: Are Israelis starting to get it?